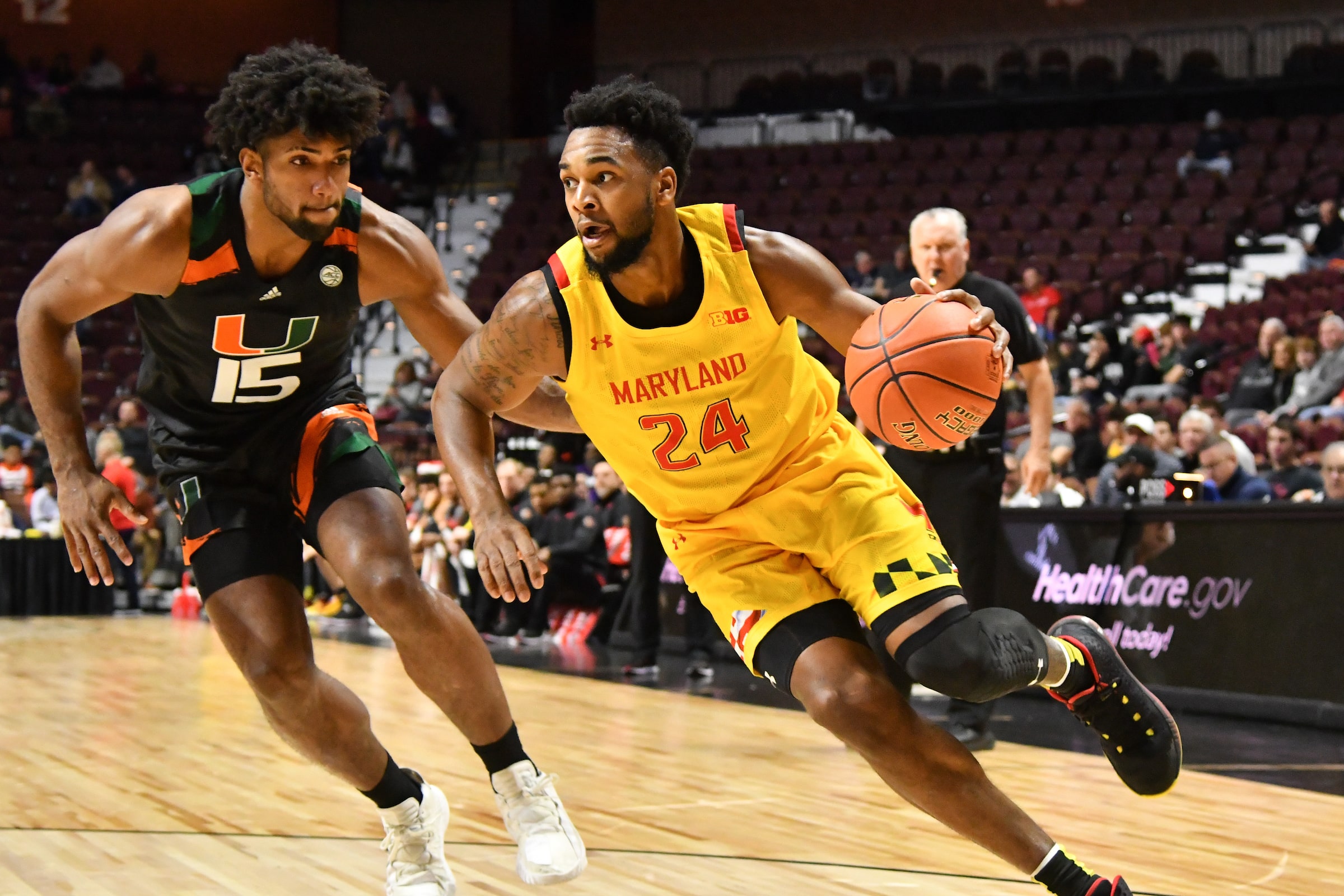 Maryland basketball handled business as they took down Miami to win the Hall of Fame Tip-Off tournament.

Both of these teams came into the Hall of Fame Tip-Off championship game undefeated and ready to make their case for a spot in next week’s AP rankings. Isaiah Wong was hot early on and kept the game close, but Maryland built their lead when Wong took his first rest on the bench and never looked back. Miami had some surges, but couldn’t piece together enough good possessions in a row to make it close.

It was an all-around great win for the Maryland Terrapins as they won the rebound battle 39-20 and shot a clean 60% from the field. Strong performances across the board should give Maryland basketball fans a lot to look forward to as the season continues to progress.

Takeaway #1: Kevin Willard is Ready for the Big Ten

The Big Ten is most known for its high level of physicality and size down low which is exactly how Willard has set up this roster for his first season coaching Maryland basketball. The backcourt combo of Donta Scott and Julian Reese seemed unstoppable today as they combined for 41 points and 15 rebounds. The 18 turnovers are the only blemish on the box score, but Coach Kevin Willard took ownership of them. He explained in the post-game press conference how his players are still adjusting to his system and he’s throwing a lot of new plays their way which has been resulting in some miscommunication. Look to see a number next to Maryland basketball’s name next week and possibly for it to stay there a while as this team will only get better as the season goes on.

Isaiah Wong and Jordan Miller (22 points and 18 points respectively) shouldered the offensive load for the Hurricanes today as the rest of the team couldn’t find any rhythm on offense. There were multiple times in this game where it looked like Miami might give Maryland a run for their money, but those times were short lived. Isaiah Wong said that the team “played with low energy and they got to pick that up consistently”. Consistently being the key word in that quote, because when Miami would start to work together and build a run of good possessions they looked good enough to win today.

While today may not have been a great day for Miami, there are some positives to keep in mind moving forward. Isaiah Wong is the leader of this team and will continue to learn how to get his teammates more involved. With a lot of underclassmen on this roster, it will take some time for the Hurricanes to find another reliable player on the offensive end. Norchad Omier and Nijel Pack had underwhelming performances but will look to build some momentum moving forward when Miami takes on St. Francis this Wednesday.

Takeaway #3: Donta Scott is HIM

Donta Scott is the clear leader for Maryland basketball not just with his points, but with his rebounds and hustle on the defensive end. He finished the game with 24 points, 8 rebounds, and shooting 3 for 4 from behind the arc. His ability to stretch the floor helped get the rest of his teammates involved as Maryland had five players in double digits today. With this level of play, Scott should hear his name mentioned for one of the All-Conference teams come March. In the meantime, he’ll look to keep it going when Maryland basketball takes on Coppin State this Friday.