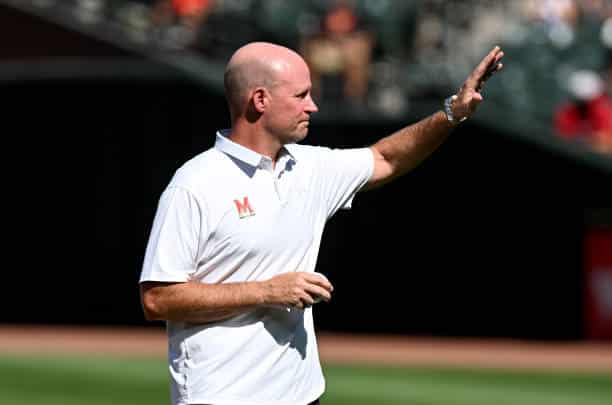 CBB Review is once again ranking the top 100 teams heading into the 2022-23 season. Each day we will reveal the next team until we reach the team slotted at number one. Coming in ranked number 66 are the Maryland Terrapins.

This Maryland team brings in a new coach in Kevin Willard, but still has a pair of returning starters and very good pickups from the transfer portal. The Terrapins are hoping the coaching change can finally bring stability to a program that dipped below .500 last season for the first time since 1992-93.

Scott has stayed with the Maryland Terrapins through thick and thin and now finds himself in his senior year on a rebuilding team. With that being said, there are enough pieces for the Terps to make a run to the NCAA Tournament, and Scott will have to be the main reason why. At 6-8 and 230 pounds, Scott is an important piece to Maryland’s ability to rebound, but offensively has a nice combo of physicality and smoothness. It’s rare in the college game to see someone like Scott, who has the body of a post player, to be able to play from the outside in. His highlight tape is full of strong takes to the bucket for slams, but Scott can also hit from downtown. His sophomore year, Scott connected on 43.8% of shots from deep. The biggest thing for Scott this year will be about taking another step forward. He came in as a steady freshman and saw things improve sophomore year. Last year, Scott was less efficient from the field with a bigger role and didn’t see major improvements across the board. If he can turn into a 15 points per game scorer, it will in turn take the Maryland Terrapins to a different level.

The Maryland Terrapins backcourt is made up of two graduate students. Jahmir Young comes in from Charlotte and Don Carey joins Kevin Willard after playing against him the past two seasons at Georgetown. This is Carey’s fourth team in six seasons, as he started at Mount St. Mary’s and also spent a season at Siena. But how Young can transition to the Big Ten will be pivotal to how great this Maryland backcourt can be. At Charlotte, Young dominated the C-USA, coming in as a bucket from game one. But now, he’s in the Big Ten, which is arguably the best conference in the country. Young is a scorer from all three levels but also contributes on the boards and as a primary passer. He’s far from a one-tool player, so I’d bet it shouldn’t be too difficult of a transition to a power six conference, but it’s certainly a big factor into Maryland’s ceiling.

Now that Kevin Willard is the new coach at Marland, it’s important to understand it’ll be a whole new philosophy. One of the things Willard’s teams did great in his past few years in South Orange was rim protection. The Pirates had a 7-footer on the roster the past few seasons in both Ike Obiagu and Romaro Gill. Before that, Angel Delgado was the most dominant center in the country, winning the Kareem Abdul-Jabbar Award his senior year. Last season, the Pirates were 13th in the country with 5.4 blocks per game. They ranked in the top 50 each of the past three seasons, reaching seventh by the end of the 2019-20 season. While Kevin Willard’s Pirates teams also had success with middle-of-the-pack shot-blocking teams, it certainly became an identity as time went on. This Maryland team lacks that identity, so it’ll be interesting to see whether or not Willard plans on playing 6-11 freshman Caelum Swanton-Rodger big minutes for day one. If he doesn’t, it means 6-9 Julian Reese will be the lone true big man getting important minutes. As mentioned before, Scott helps in the rebounding department, but won’t be posted up inside all day long. Hakim Hart will also help out rebounding the basketball but has wing skillsets at 6-8. So the makeup of this Maryland Terrapins roster could very well test what Willard’s been working with lately.

The starting five for this Maryland Terrapins team absolutely has the potential to finish in the top half of the Big Ten if they gel. Young and Carey form a nice scoring duo in the backcourt. Hart and Scott provide length on the wing and mismatches offensively. Reese looked solid as a freshman but will be thrust into a much bigger role at center. However, he’s got the experience around him in the starting lineup to help carry him through. The bench features Patrick Emilien, a transfer from St. Francis (NY), Jahari Long, a transfer from Seton Hall, and a slew of underclassmen. Ian Martinez did opt to stay at Maryland for his junior season, but with a new coach, his minutes will likely be up in the air. Long got off to a very solid start at Seton Hall for his sophomore season last year. He earned two starts in the first five games of the season but suffered a season-ending knee injury. Now, he follows his coach to College Park, so that leaves me to believe that if he’s healed properly, Long could be in for a decently-sized role. Overall, the roster has its flaws, but I do see a lot of potential on a team Willard basically had to put together from scratch. It is welcoming that so many starters did decide to return, even with the coaching change. Obviously, that shows the trust they have in Willard. I see Maryland on the bubble for most of the year. Willard usually plays a very tough non-conference schedule, which has helped many of his SHU teams in the past. This season, Maryland’s non-conf includes games against Saint Louis, Miami (Fla)/Providence, at Louisville, Tennessee, and UCLA. I don’t like saying that a whole season relies on picking up a few extra quality wins in November and December, but that’s what this season looks like for the Maryland Terrapins.