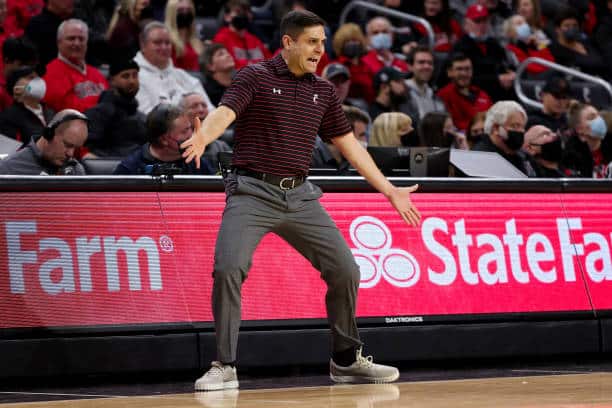 The Nerd gives his AAC basketball power rankings for week 1 of the 2022-23 college basketball season.

Sneaky good matchup of the week: UCF vs. Oklahoma State

Houston looked as good as advertised in its matchups. The two matchups showed two different sides of the team. In the first game against Northern Colorado, Jarace Walker struggled, while Marcus Sasser and J’wan Roberts showed up. All it took was a game, and Walker showed up in his second game to be the leading scorer while Sasser struggled to score. Surprisingly, Coach Sampson is not giving more time to his rotation players in these matchups, but both wins came quickly.

Kendric Davis seems to have made his transition from SMU to Memphis look easy. In his first game, he played a majority of minutes and put up 16 points, just a single point behind DeAndre Williams (17). Alex Lomax was the only other double-digit scorer putting up ten. This team continues its demanding schedule remaining on the road against Saint Louis, then will come home for its first home game.

The Bearcats have become the offensive team it did not seem to have last year. With David DeJulius, Landers Nolley, and Jeremiah Davenport all averaging double-digits. DeJulius is shooting an incredible 70% from the 3-point arch. Cincinnati is giving its depth and rotational player some solid playing time early. Coach Miller is coming out swinging and is setting high expectations for the fan base.

Coach Ron Hunter kept his players during this past year, which has catapulted itself to the conference’s top. These players know the system and exert their will. A surprise Collin Holloway came off the bench against McNeese and showed out, putting up a team-high 25 points. Kevin Cross and Jaylen Forbes are averaging 20 and 16 points in their two games. This team is going to give opponents fits. Bring your surfboard because the Green Wave looks more like a tidal wave.

Coach Michael Schwartz and Brandon Johnson grabbed a big win in their first games. Johnson showed out in his first game but fell ill and missed his second game. Javon Small is running the point well. The depth of ECU may be an issue. Without Johnson, there was no clear leader to fill his shoes. This will be an exciting team to watch and see how it grows through the year.

Coach Rob Lanier is taking hold of the reins. Zhuric Phelps and Zach Nutall are clear leaders and have found properly big men in Samuell Williamson and Efe Odigie. Seeing this team grow and battle against a good Dayton team, the mustang fans should be excited.

Coach Aaron McKie bringing in Jamille Reynolds seems to be the answer. H has already made his mark on the Temple lineup. Getting the start in both games, he has become a valuable offensive piece. The more surprising element is that McKie is bringing Battle off the bench. Battle is getting minutes, but I am surprised he isn’t a solidified starter. I am curious how these Owls go against their tough matchups this week. On a positive note, Temple is home, so the fan must show up for their team. I am sure they will go after their court storming after defeating ranked Villanova.

Coach Konkol and Tulsa took Oregon State to the brink. The team had a slow start and then couldn’t finish the game. The growing pains are showing, but they had some talented play. Griffin sticking around has been vital as he leads in scoring and even Keyshawn Embery-Simpson is averaging double-digits. A surprise is how easily the transfers joined the lineup and played well. Bryant Selebangue and Brandon Betson are both contributing while averaging double-digits. The Golden Hurricane is making opponent’s call out a warning as it could resume building a win against its opponents. This week’s contest will be a must-watch for mid-major basketball lovers.

A potential front-runner for freshman of the year is in the shape of Taylor Hendricks. He is averaging 19 points, scoring 23 in his first game of the year. This guy is a star, and getting a start as a freshman is impressive. This team will need to gel quickly, as three of the five starters are new faces.

Not surprisingly, Wichita State seems to be playing as a bunch of I’s, which became apparent in the game against Alcorn State. This team needs to start working as a team, and Coach Isaac Brown needs to bundle this crew tighter. While not having Colby Rogers is frustrating, this team has to make some changes and start playing as we move up in the ranks and have hopes of a winning season this year.

Three of the five starters are transfers and have not gelled a frustrating start for USF. On top of that, a struggling Tyler Harris has poor offensive outings. This team is another one that is struggling with ball movement. The Bulls forced both opponents to play its slow pace of play game. This team needs to herd together and start its charge.