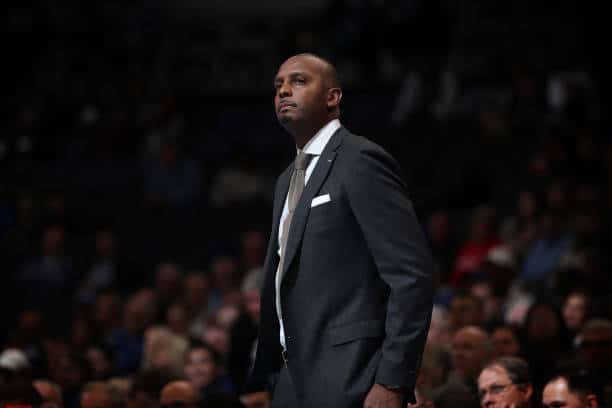 As the start of the new season grows closer, CBB Review gives its AAC Basketball Preview.

Davis was AAC player of the year last year. Now, he joins a team that wants to go further in the NCAA tournament. While the team lost some NBA talent, the team reloaded the talent from the portal. Having more help to pull attention off of him defensively, he could easily be the player of the year. He is looking to repeat but has some serious competition in Marcus Sasser, who looked like he was on pace last year to take the title. Davis’s average line was 19.4 points, 3.8 rebounds, and 4.4 steals. Being on a new team, he could have a new life and an even more extensive stat line.

Sampson had his two stars last year, which he lost relatively early in the year, in Marcus Sasser and Tramon Mark. While the team lost some talent, this team has reloaded on offense, and you know that the Cougars will lock you down defensively. This team has some depth and experience at guard with Sasser, Shead, Mark, Walker Jr., Wilson, and Sharp. The team has a length with talented forwards playing in Walker, Chaney, Roberts, Francis, Bowser, and Arceneaux. While last year’s team had some big men, this team will be faster and longer. The hunger is being built into these new players led by the experienced Sampson core players.

Walker is a player that Coach Kelvin Sampson loves. He will be a massive splash with some length and a lot of talent. Becoming a Sampson player, Walker will be scary for most teams to match up against on both ends of the floor. He is an asset and has a ton of talent. Having received accolades, Walker will likely outshine many teams’ best players in his first year.

After losing Dexter Dennis and Ricky Council, Coach Isaac Brown went to the transfer portal for an experienced forward with ball-handling skills and found Gus Okafor. Okafor is a playmaker shooting 42% from the field and 32.6% from 3-point range. He has grown into a solid player who averaged 14.6 points per game, 6.4 rebounds, 1.8 steals, and 1.3 steals. While he is coming from a smaller conference, Okafor is surrounded by talent, but I wouldn’t be surprised to see him show out for Wichita State.

Gus Okafor from Southeastern Louisiana and his rebounding/motor. Gets self-putbacks by following his shot almost every single time, and can use his athleticism to get putbacks off others' misses. pic.twitter.com/8YKqK6yXOd