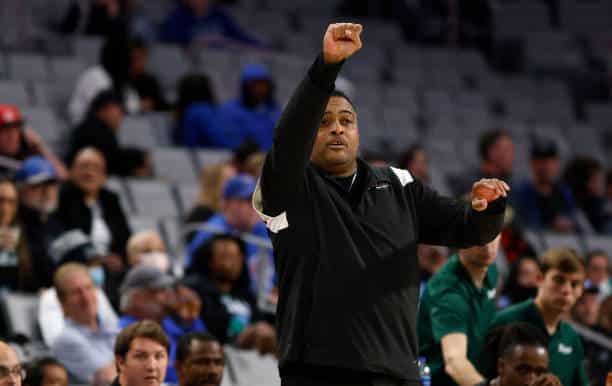 The Nerd gives his AAC basketball power rankings for week 4 of the 2022-23 college basketball season.

Matchup of the week: Memphis vs. Ole Miss

Coach Sampson continues to roll with his Houston Cougars. This team is building on each game, working as a team, and looking like a top-five team. Even when they struggle, Marcus Sasser puts up points as Jarace Walker adjusts to Division I. The biggest “surprise” for those just watching is how well Terrance Arceneaux is playing very well for a freshman and getting his experience. The Cougars will be terrifying as they continues to build and gain experience.

The Green Wave continued its tournament play after a tough loss to Nevada. While it was a hard-fought battle, they continue to work and get better. Coach Ron Hunter and the players again battled in the Cayman Island Classic and fell just short again against Western Kentucky.

Kendric Davis and DeAndre Williams are the backbones of this team. Keonte Kennedy is playing well, but this team is missing some of the players it lost to the portal, specifically, Landers Nolley.. Memphis is still scrappy, but not having another shooter is why they lost against Saint Louis and Seton Hall.

After falling to Indiana State, the Pirates battled back for a nice win over Toledo in the Gulf Coast Showcase. Javon Small is showing up and doing work. While the Pirates continue to figure out who they are, Coach Michael Schwartz was ready for their tournament trip to be over. The team had a tough battle on the road against Old Dominion, and the Pirates should be excited to be home and host SC State.

Taylor Hendricks continues to be a shining star for the Knights. Brandon Suggs is playing well but is inconsistent and should take more shots from the field. Johnny Dawkins has found success for his big men, but I feel the rest of the team is coming up just short. It was a tough loss as the team had Miami (Fla) within reach but could not finish the game.

The Bearcats continue to score points. They had a hard-fought battle against Arizona but could not stop the Wildcats. The team was then clearly tired and could not handle Ohio State. This team looks very different, but these Maui Jim Invitational losses aren’t bad but will be vital in their resume. Finishing the Maui Jim Invitational with a win was an excellent way to end the road trip.

Isaac Brown seems to be trying to bring up the past. This team is gritty and is in grinding games. Not having Colby Rodgers is frustrating, and the Shockers need someone who can knock down shots consistently. The defense is stepping up and keeping these games very low scoring. If the Shockers can find their confidence and start knocking down shots, there is a lot of hope.

Coach Rob Lanier has been battling but had a tough loss to Louisiana after taking down Evansville. This team is trying to figure out who it is. The new group of incoming players has been hit and miss. They will continue to grow but need to take this week to regroup and tighten their play.

Aaron McKie has a solid team but is playing everyone. This is great in theory, but some of these losses have been tough. While the Owls have talent and are gaining experience, this is taking time. However, they still will have Villanova and Rutgers which sets up for an impressive non-conference resume. The Owls must find what worked in those games and try to build off it.

KB up to 24 points! The Owls have regained the lead pic.twitter.com/y8ApIULzUA

Coach Eric Konkol grabbed a nice win over Loyola-Chicago, but falling short to Charlotte is difficult. The Golden Hurricane seemed out of gas against the Racers but did show sparks. They are starting to gel, as the players are starting to figure out their roles. The Golden Hurricane has a fun game to watch this week, as it could be a battle between them and Oral Roberts.

Coach Gregory put on the breaks and pulled off a decent win over Saint Joseph’s at the Sunshine Slam, giving South Florida their first big win of the season. Tyler Harris has become the leader that the team needs. As these new players learn the system, the new look of this team showed up in the first games. The Bulls have to run together and start pushing through opponents. After a couple of nice wins, this team gets a tough test against UMass this week.

Less than 3 minutes left in the half.