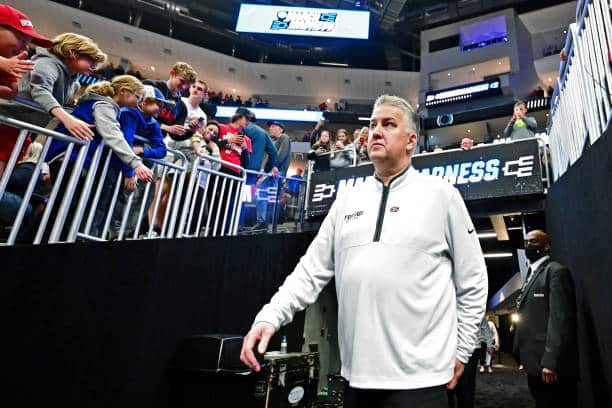 Brian Waddell enters his redshirt freshman season for Purdue, looking to make an impact in his role after tearing his ACL last season.

There was a palpable buzz surrounding Brian Waddell in the preseason last year. Although the plan was to always redshirt him from my understanding, he was turning some scouts’ heads. Last year when scouts came to Purdue in the preseason for the likes of Jaden Ivey and Trevion Williams, they walked away wondering who Brian Waddell was.

Although he was already going to redshirt, there was no question after he tore his ACL in a mid-November practice. A year has passed, and he has been fully cleared for the upcoming season. He looks to slot in as the backup small forward to start the season, but there is a lot of optimism that should surround him heading into the future.

Waddell was more of a late bloomer as he did not commit to Purdue until close to the end of his senior year of high school. He more than has the talent to fit in, however, and I am hopeful to see that on display this upcoming school year. He’s a lanky wing that I assume will play the three but has the potential to be able to guard multiple positions.

He also dunks everything he can.

This was over IU freshman CJ Gunn in the state title game. Hopefully, we see more of that throughout his career.

Let’s get into what makes him an interesting player for Purdue.

Waddell can shoot the lights out. In his senior season, he shot 41% from deep per MaxPreps. In the state title game last season, the announcer mentioned Waddell shooting close to 50% from downtown on the year, but take that with a grain of salt.

He is not the type of player that was going to shoot pull-up 3s off of a pick-and-roll or anything like that. He will however move and put himself in the spot to get open.

Carmel was facing a zone in the play above, and Waddell was stationed in the right corner. This is a look at an open catch-and-shoot for him, which he drained. He has a pretty wide base, but the release itself is fairly quick with not a lot of unnecessary movement. He is completely ready to shoot as soon as he catches the ball.

Waddell is going to be more of an off-ball player. Having someone on Purdue that can knock down open 3s, specifically corner ones, really opens up the floor. It makes it more difficult for his guy to be the one to, lets say, double Zach Edey down low.

This play above is an action that Purdue has run countless times for the likes of Sasha, Cline, etc. Waddell gets a down screen that he turns into a flare because his man was starting to shoot the gap. Great recognition by him to give himself the open space. This movement is not as fluid, but Waddell really moves well without the ball (which I will talk about shortly). He is able to come off of screens and get set pretty quickly in order to get a shot off.

This angle gave a better view of his base which is really square and wide. There is a chance it could cause timing issues, but there is no reason to believe that will happen as of now.

Purdue’s offensive system will be perfect for Waddell. When watching his games, I found that he was constantly moving. Whether it was off of pin downs, flare screens, or just relocating, he was looking for open space to go to. What helps is he has a good understanding of the flow of the offense, so he recognizes where he should go and where his teammates should be.

Waddell (#11 in blue) starts his cut from the corner, coming off of a screen at the elbow. Recognizing that he had his defender more on his hip, he turned it into a curl which led to the easy layup. If the defender had gone under the screen, I am pretty confident that Waddell would have then turned it into a flare screen for an open three.

This is another play where Waddell reads the defense. As he slid up, his defender was playing to try and prevent a handoff. With the paint open, Waddell turned it into a backdoor for another easy dunk. He has really good recognition that I think is going to work well in Purdue’s offense.

On a side note, I know he is 6-7, but he still got up really easily for the dunk.

As I have said, I think Waddell is going to be primarily an off-ball player. However, because he is so lanky, he is going to have matchups where it will be beneficial for him to drive. I mean, just in general, it is obviously better to be multi-faceted than just a shooter.

Often times in his high school games, he would be able to get by guys using his length and a pretty straight drive. At the Big Ten level, those opportunities are going to vanquish. It is going to be important for him to tighten up his handle to be able to move laterally at some point during a drive.

What gives him an issue is how far away he keeps the ball from his body while dribbling. Here, against a Northwestern commit, he kept the ball pretty far from his body as he went to spin. This allowed the defender to reach his arm in and poke the ball away. There were a few other times that this happened as well.

He also will need to get a little change of pace. He is not going to be a guy that will be the primary perimeter attacker to generate paint touches. However, he will need to be able to get a good enough dribble to keep guys honest from defending against the drive.

This could be said about almost all freshmen, so it is not some new thing. Waddell was on the skinnier side in high school, coming in somewhere around 170 pounds. The plan was for him to add muscle and weight during his redshirt season, but it became tougher to do with tearing his ACL.

Either way, becoming more physically acclimated to Big Ten play will take time, but will really bolster his play. Purdue has proven they have a great staff and strength and conditioning coach, so he will undoubtedly be getting what he needs.

This is another case where I am not certain where he is exactly for defense. He did not have too many on-ball reps from the games I saw.

He was however very good off-ball. He understood rotations and where he needed to be, a very common thing among the Carmel team.

Here Waddell is the low man on the opposite block. He rotates half a second late it feels like, but he uses his length to easily recover and contest the shot. That was a common theme for him, always ending up in the right spots. It will be interesting to see who he guards at Purdue, but I think he will definitely have his fair share of good wings to go up against. He will be tasked with following a lot of off-ball movement which he can do well.

I think he will need some work on the ball. He feels like he has a very high center of gravity, and it makes it difficult for him to stay in front of quick first steps.

From what I saw, if the offensive player had a good first step then Waddell got in trouble. If Waddell was able to “sag” off just a touch and use his length to cover the space, he would then do a very good job of staying in front and contesting. He will have to utilize his length to keep people in front to contest shots.

As mentioned above, I think his handle will need some work. However, can he still be the guy to attack bent defenses on the weak side when the ball swings? This will involve more straight-line drives or beating guys off of closeouts. When Waddell gets put into that type of role, I think he becomes really interesting.

This is a rip-and-go by Brian Waddell. With the side cleared out, he uses his first step to get his shoulder into the defender some, which ultimately put his defender on his hip. Once this happens then he has a runway once again to throw it down. These types of drives are where Waddell is good, when he does not have to make a move really and can utilize his length to leverage. This would be a huge bonus to have at Purdue.

Plays like this get me really excited for his play at Purdue. Here Waddell is in the corner and is pretty wide open. He gets a hard closeout as the pass is coming, so he attacked it to get by. No one rotates and it is another slam for number 11.

As I have harped all offseason, there is a lack of perimeter creation for Purdue. Waddell does not solve it, but it is going to be important for guys like him to be able to attack bent defenses or hard closeouts like that. Teams will probably fly at him early on, so if he can get into the lane, it becomes a whole new ball game.

Brian Waddell is the son of Matt Waddell who played at Purdue with Coach Painter. With a big growth spurt and very good play during his senior year, Brian was able to get a scholarship to Purdue.

Now it will be his time to show what he has. I expect him to not have a ton of minutes to start, just to ease in after recovering from the injury. Once he gets his legs under him though, there is no reason that he won’t be a high-level contributor off of the bench. He has some swing skills that Purdue lacks, and he has the potential to provide a ton of offensive and defensive versatility.

I see him as a 3 right now that runs a lot of off-ball stuff to get open shots, and taking the occasional guy off the bounce. On defense I think he has the potential to hound opposing teams’ best wings or shooters, making life difficult for them off of the ball. On offense, his shooting will provide spacing for Edey, especially if Waddell is stationed in one of the corners during a post-up.

But we will see. I am really interested to see what his role ultimately ends up being. I do think he pairs perfectly with freshman guards Braden Smith and Fletcher Loyer, and Purdue should have a good group of players looking into the future.

One thought on “Brian Waddell: Learn More About The Rs.-Freshman”