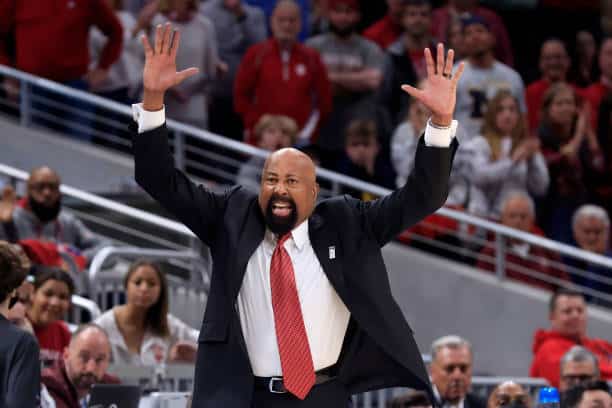 The Big Ten has a steady stream of program-changing players coming into the conference in 2022.

The Big Ten has one of the best recruiting classes of any conference despite none of the top ten in the 247Sports Composite heading there.

Okpara certainly won’t blow you away with his skillset but the potential is there for him to be a star in the future. At 6-11, he has a slim build but seems to have mastered getting position down low and going up strong and with purpose.

Okpara will be going up against arguably the best centers in the country in the Big Ten, which likely will help his development, or hurt his confidence at times. Either way, he’s the rawest player skill-wise on this list yet still enough to be looked at as a good player in his current mold.

Most recruiting services don’t have Bowen anywhere near the top 10 or the top 15 of their Big Ten rankings. However, there’s a certain smoothness to his game that I think will fit in perfectly at Iowa.

Bowen has perfect control over what he wants to do, but still has a flashiness and style to his game. The future Hawkeye sets up his teammates beautifully and also has a three-point shot. You’ll see a lot of combo guards ahead of him, but Bowen’s knack for being able to control the entire flow of the game is a quality many players don’t have.

Arguably the most underrated Big Ten player of his class, Loyer is an absolute bucket. He’s one of the best three-point shooters in his entire class, as Loyer can hit off-balance, on the run, off the dribble, spotting up, and even leaning in.

Loyer can also put it on the deck and finish around the bucket and has a quick pull-up. His quickness on the court is another underrated attribute.

Loyer may need to put on size, but you simply can’t ignore a deadeye shooter like him.

The son of Michigan Wolverines head coach Juwan Howard, Jett will be one of the most scrutinized players in his class. That’s what you get when you’re the son of a famous hooper.

But Jett isn’t just Juwan Howard’s son. Instead, he’s making his own name for himself. The IMG Academy product is an exceptional shooter, even when he’s off balance. Jett can also create his own shot, although his outside range is the best part of his game.

Ultimately, being the son of Juwan Howard, Jett will have a target on his back. But he still has some of the most talents of freshmen coming into the Big Ten.

Gayle beefed up last year, adding tons of muscle to what once looked like a skinny frame. That alone gives the prospect a big edge over most freshman guards.

Gayle is a smooth player who can hit the three, get out in transition, and find his shot in the mid-range. Few players his age can score from all three levels at the clip that he can.

Another huge plus for Gayle is being on a young Ohio State team. He’ll need to be a key factor on the Buckeyes, which should in turn help his statistics and his confidence as the season goes on. Plus, it just seems like he can get so much better than he already is, which is a major bonus.

You won’t see many players like Jaxon Kohler in college basketball, primarily because most guys that have his skillset come from overseas. That’s how good the future Spartan’s footwork is.

A big body at 6-10, Kohler has touch and moves to be a force down low. However, what puts him over the top is his ability to stretch outside and even bring the ball up the court when called upon.

Kohler still has a ways to go to hone down on being quicker in most aspects of the game, but the principles are all there and he has as much skill as anyone for his size.

There are two major qualities I look for in a big man who’s just entering college.

Number one, how does their body look? If someone comes in weak or undersized, it might take a good year before they hit their stride.

Secondly, can they go up for a dunk without being coached? Nowadays, so many big men have the habit of putting the ball on the floor first instead of going up strong.

Reed has both of those checked off. At 6-10, 260, he not only has enough size but will be one of the strongest bigs in the conference from day one. And he doesn’t shy away from going up for slams.

Of course, Reed will either play beside or behind Hunter Dickinson. That will also help in his development and should give Michigan the top frontcourt in the Big Ten. It’ll be exciting to see how much more Reed will improve with Dickinson there to help him in year one.

Indiana went out and recruited at Montverde Academy and Reneau is a prime example.

A lefty with an unbelievable paint presence, Reneau screams CJ Fair as a player comp. He excels in the post, even at 6-7.

The one drawback with Reneau – and a lot of this Indiana Hoosiers class – is his lack of a three-point shot. Despite being able to score the ball at will, he doesn’t cover all areas of the court. However, it’s tough to be that nitpicky given what he does bring in the paint.

You’re going to notice a trend among these top three players and if you haven’t already, I’m going to spoil it for you: they all went to Montverde.

Clark checks off all the boxes of a top-notch guard. He’s a knock-down three-point shooter, which should fit well for Illinois, who needs scorers to replace what they lost. But Clark is also a highlight reel playmaker, which virtually makes him Andre Curbelo but with more of an upside.

Clark is coming off an ACL injury, but that doesn’t seem to be any concern for Illinois fans or recruiting services, as he continues to be right at the top of any list of incoming freshmen. And if he doesn’t lose much of a step, his skillset makes him arguably the top incoming freshman in the Big Ten.

Where do I even start?

The soon-to-be Hoosier is an absolute ballhawk on defense and is as good in transition as anyone else in his class.

While getting out in transition is the most eye-popping part of Hood-Schifino’s game, there’s no reason why he couldn’t skip college and head right to the NBA. His basketball IQ and nose for the ball on defense is top level.

What makes Hood-Schifino a better prospect than Clark has nothing to do with any concern over Clark’s ACL rehab. Rather, Hood-Schifino is just as talented a scorer, but can still improve drastically from behind the arc. Even with his struggles from deep, he’s an all-world bucket getter. So once he figures that out, the rest of the Big Ten better buckle up.

The Montverde star is physical, unmatched when driving to the lane, and finishes at an incredibly high rate. He also stays composed with an array of moves around the bucket. A pure athlete, Indiana should feel look that he’s coming to Bloomington.