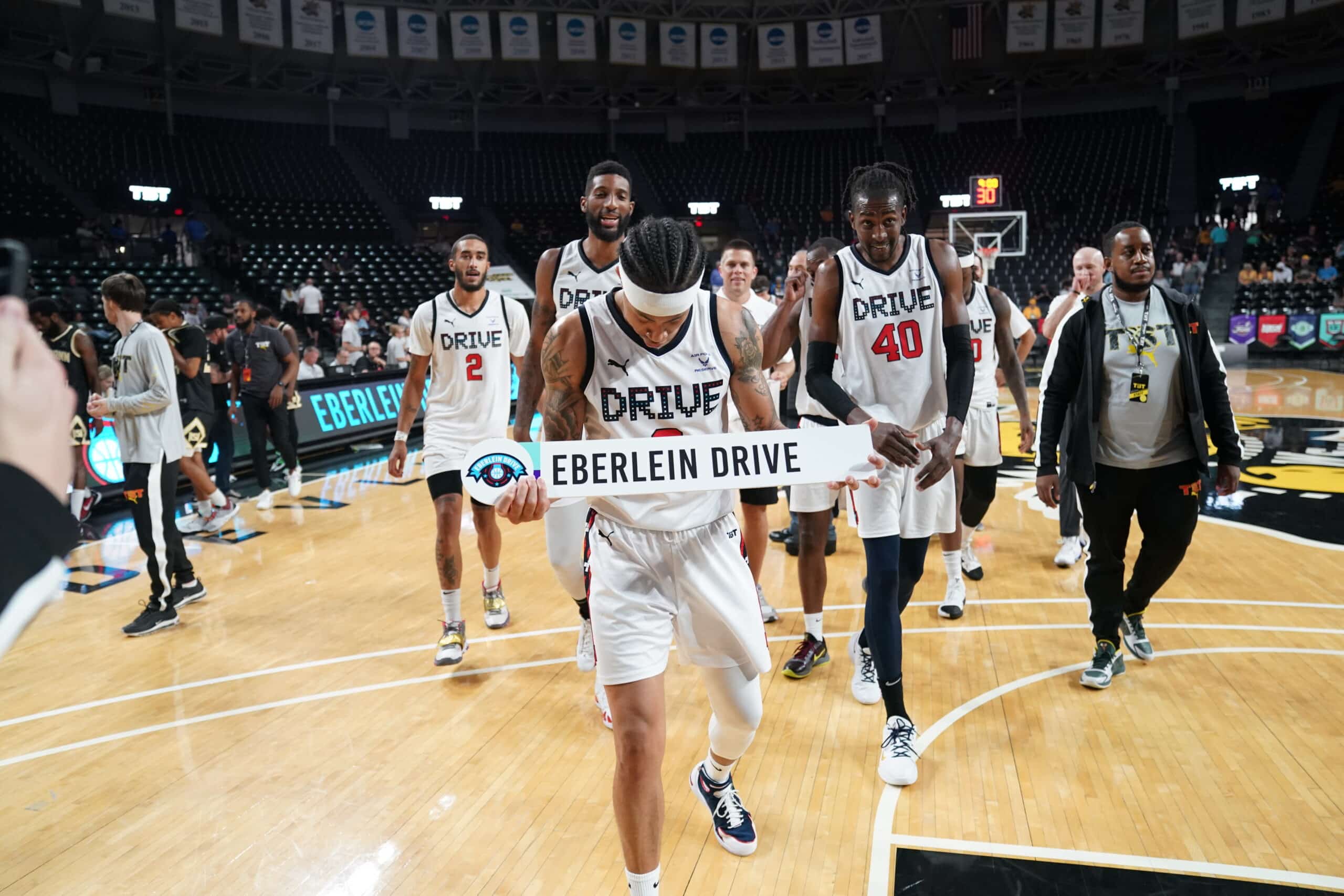 One of the most decorated teams in TBT history, Eberlein Drive looks to achieve the ultimate prize, a championship.

One of the OGs of TBT, Eberlein Drive boasts nine total wins all time and is sure to add more this year, with former NBA, college, and high school studs headlining the team. If Eberlein Drive wants to win, this might be their best opportunity to do so.

A former NBA first-round draft pick and college champion at Villanova, Spellman knows how to succeed, and standing at 6’8 and roughly 245, his post presence makes him extremely difficult to guard. He was in the dunk contest in the KBL this year, and the clip above shows him rim presence as well. He can also branch out and hit the 3, shooting 39% from the spot in the 2019-2020 season. Spellman will be a nightmare for the opposing team, making Eberlein Drive such a tough matchup.

Many basketball fans have followed the story of Kyree Walker. A former highly touted prospect, basketball, and non-basketball-related events cause all the buzz surrounding him to go away. Now, Walker is looking to show that he still has the skillset to be the best player on the floor and score at a high level. If he can showcase this, then good luck beating Eberlein Drive, or even competing with them.

It’s official! We’ll be the No. 2 seed in the Wichita Regional! First game July 22nd at 1pm CDT against @BleedGreenTBT #LetsDrive pic.twitter.com/m1iMCMKJps

Eberlein Drive will be playing in the Wichita region, and if everything goes right will have to play the Aftershocks, the Wichita State alumni team, and hometown favorites in the third round. The Wichita region is tough, but there is a clear argument that they are the best team in their region and maybe even on the right side of the bracket, despite the 2 seed labeling. As long as the team plays cohesively and designates the correct roles, good luck beating Eberlein drive this year.

One thought on “The Basketball Tournament 2022: Eberlein Drive Team Profile”