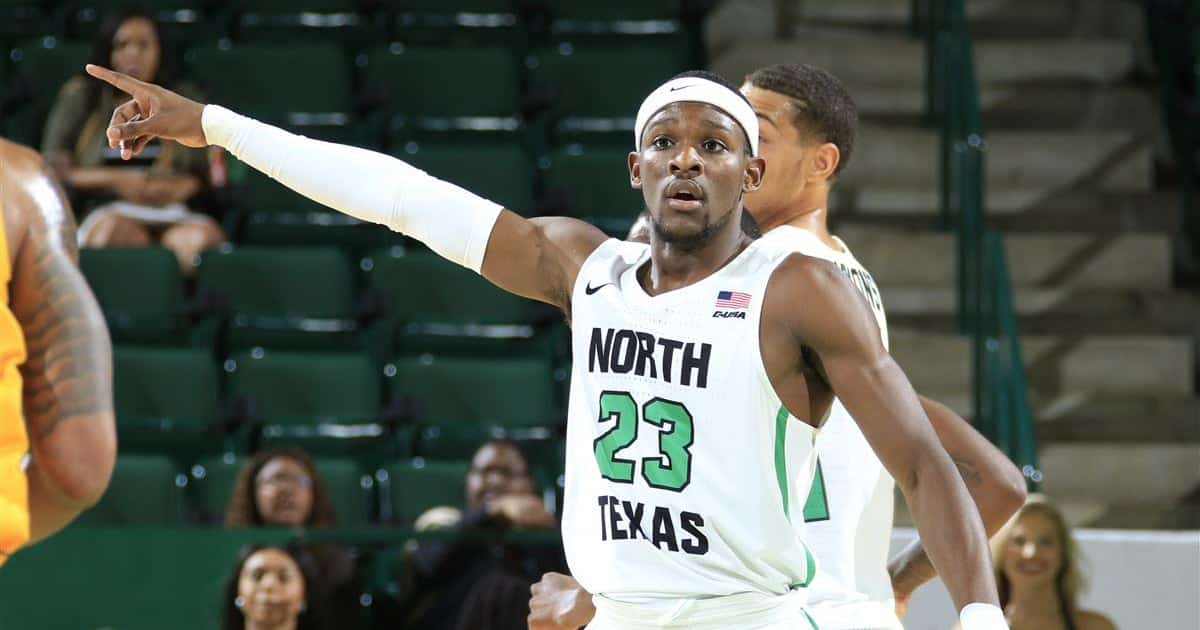 A new and bolder interpretation of Mean Green, the Bleed Green team has a bunch of junkyard dogs on its team.

This team is going to fight with experience and talent. With their first appearance in the TBT, Bleed Green is hoping to take the bag. Being led by North Texas’ Director of Basketball Operation, Andre Shaw is hoping to get a feel for Charles Koch Arena ahead of its soon-to-be conference rival in Wichita.

This trip seems to be two-fold, as Shaw has brought along Chris Blakeley, North Texas’s Director of Scouting and Analytics. This is a bold strategy as both have deep ties to North Texas and basketball. With a lot of hope, Bleed Green is hoping to come out of Wichita with a lot of knowledge and wins.

This is some personal bias. Having watched Shannon Shorter play in the TBT and college, he is quietly one of the hardest workers in basketball. His experience and talent are a massive asset for Bleed Green. Shorter has been on a couple of other TBT teams and always has a stronger player. He has a solid inside-out game, can pull up, change tempo, and has good floor vision.
While Shorter likely won’t be the flashiest player on this team, he will be the one that the team likely leans on when it gets in a difficult spot. His natural leadership ability and style of play will help bridge the gap in the different playing styles of his teammates.

Ronald Jackson is the height of this team. He is the player that will be in the spring. Jackson has excellent bounce and can shoot 3-pointers well. Jackson can slip behind defenses and come up with big dunks. His length will be an asset as he will likely have to guard in the paint and out against most of the big men Bleed Green faces.

If he isn’t knocking down shots or can’t find the holes in the defense, this team will be forced to shoot the three. While it can do so, Bleed Green will be more of an attack-and-drive team. A heavyweight for this young man, but this team will rely heavily on his youth to put the pep in their step.

Looking to lead Bleed Green in their first TBT appearance, Shaw has over 10 years of coaching experience at the Division I, II, and Junior College level. pic.twitter.com/MjFcfKb0Yo

A step along the way for Eberlein Drive, Bleed Green will have to use its fresh eyes to break down this veteran team. With the power of will, Bleed Green has a shot and needs to make sure it falls.