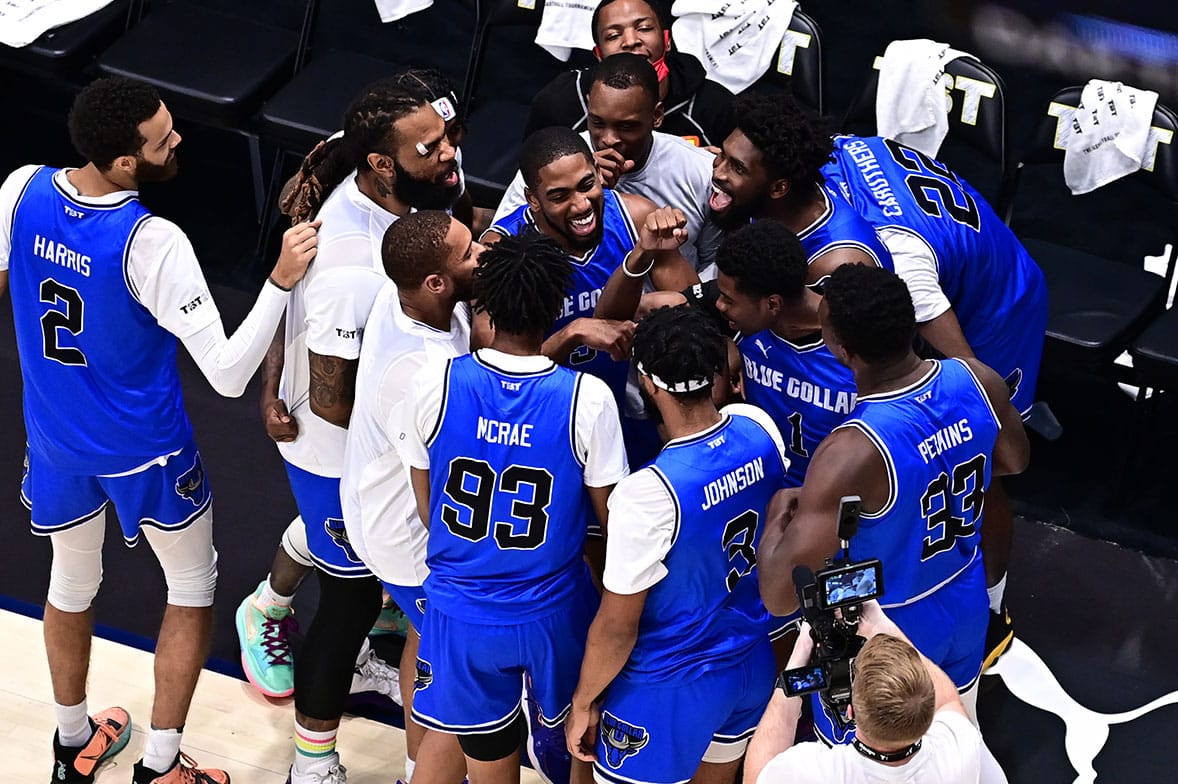 As a 6 seed making its debut last year, Blue Collar U made it all the way to the semifinal, an incredible way to introduce the rest of the world to the Buffalo Bulls alumni team. This year, they are here to show that last year wasn’t beginner’s luck and have the personnel to make that run yet again.

BLUE COLLAR U IS GOING TO THE SEMIFINALS!!!!!!!!!! pic.twitter.com/eDAoqS4MOO

Last year, Perkins made the all-tournament team and solidified himself as one of the best big men in the tournament. This year, the Blue Collar U stud is expected to do the same, and his physical stature makes him an incredibly difficult player to guard in the post as well as a gifted shot blocker. If Perkins is on, Blue Collar U won’t be losing games.

Many college basketball fans remember how great CJ Massinburg was at Buffalo. A scoring machine, Massinburg would take over games and lead them to victory. One of the most important keys to a successful team is having a guy who can come in during the Elam Ending and hit those shots and guarantee the win. We’ve seen it this year and every year since the TBT began. If Massinburg can do that, Blue Collar U will be really hard to beat and Massinburg can assert himself as a Marcus Keene/Conner Frankamp-type player.

See you in Syracuse. pic.twitter.com/U5xCxXgD4U

The TBT certainly didn’t reward Blue Collar U for their incredible run last year, pairing them in the same region as last year’s winners Boeheim’s Army in Syracuse. Regardless, Blue Collar U has the skillset to dominate inside and out and create a mismatch against any opponents. There is a strong argument the Syracuse region is the most competitive, so if Blue Collar U can make it out, the championship is theirs to lose.

One thought on “The Basketball Tournament 2022: Blue Collar U Team Profile”