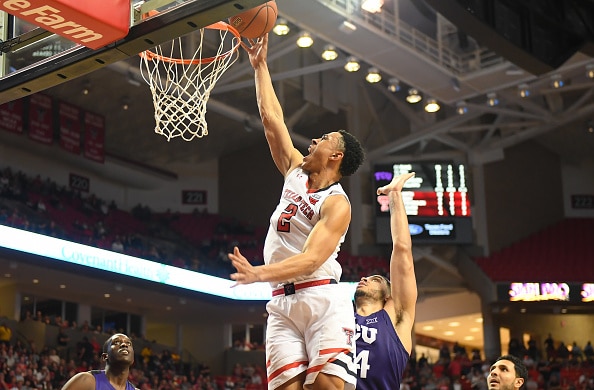 The Air Raiders look to fly past their opponents and make a strong TBT debut.

The Texas Tech alumni-based team brings in a ton of versatility, whether that’s the high-flying Smith brothers, or the elite scorer and trash talker in Peter Kiss. Making a debut in the tournament is always difficult, but if anyone can be an immediate threat, it’s the Air Raiders.

This past college basketball season, the leading scorer in ALL of Division 1 was Peter Kiss at 25.1 points per game. All signs point toward him keeping that pace, and there will be very few if any players who will be able to keep up with him. He can put the team on his back, as we saw him do with Bryant last year, and will be especially valuable in Elam Ending situations. If all goes right, Kiss can be a Tbt legend in just his first year.

Just 4 years ago, Smith was drafted right outside the lottery in the NBA Draft due to his freakish athletic ability on the court. Unfortunately, he has dealt with an extremely serious injury that has left him unable to play for the majority of the time since hearing his name called. As he continues to inch back into basketball, this proves to be a great opportunity for him to improve and get back to what he used to be. If all works out, he can be a really solid second option, making the Air Raiders tough to beat.

Fun fact, the coach of the team is Luke Adams, son of current Texas Tech head coach Mark Adams. The Air Raiders start off their TBT career against the Stillwater Stars, the alumni team of another Big 12 team, Oklahoma State. The Wichita bracket is especially tough this year, with the Aftershocks and Eberline drive repping the top two seeds, but if any 5 seed can make a deep run, as we saw Florida TNT do last year, it’s the Air Raiders.

One thought on “The Basketball Tournament 2022: Air Raiders Team Profile”