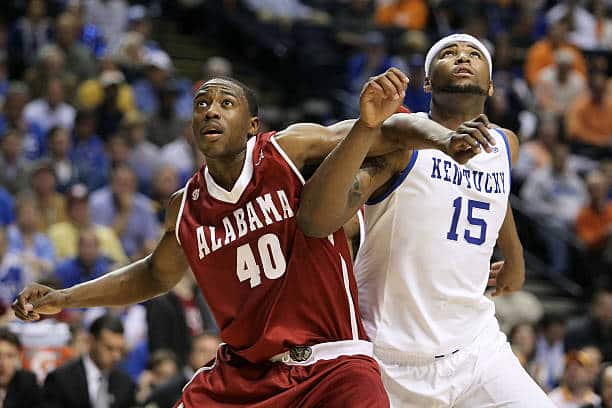 Newcomers to the TBT, Sweet Home Alabama look to pull off some upsets in the tourney.

Featuring players from the state of Alabama, this is most of the players’ first TBT. Although they may lack TBT experience, they have plenty of professional overseas experience. It may also be beneficial that they are more unknown as it will then be easier to surprise teams since they will not know what to expect. They may come out quickly and show why they belong in this tournament.

The overseas vet takes his talent to The Basketball Tournament for the first time. Being a 6’9 center, he will anchor the defense for Sweet Home Alabama. He is also a real offensive threat. He has never averaged less than 10 points per game in his 9-year overseas career. This past season he scored 12.6 points per game and 6.8 rebounds per game while averaging 1 steal.

He will have to do a little bit of everything for Sweet Home Alabama, but he has shown that he is more than up for the challenge. He has also begun to shoot 3s well recently in his career. If he can step out to knock some down in TBT, that opens up the floor a lot for some of the guards and slashers to be able to get into the lane.

Derek St. Hilaire just finished his fourth season of college basketball. He played 2 years for Jacksonville State, and he just finished his second season with New Orleans. He has improved every year of college, going from 3.3 points per game his freshman season to 20.1 points per game this past season. St. Hilaire has shown that he can be a high-volume scorer, and this will be important for Sweet Home Alabama.

St. Hilaire will look to prove that his game translates beyond college. This could very well be the last basketball he plays before turning pro overseas if he chooses to do so. In terms of TBT, his 3 point shot will have to fall. If it can, it provides a needed perimeter boost that will make it much more difficult for teams to game plan for Sweet Home Alabama.

Sweet Home Alabama will be one of the more interesting teams to monitor heading into The Basketball Tournament. On one hand, they are the 6th seed in the Xavier region and take on Zip Em Up in round one. They as a team have very TBT experience, and they do not have the biggest names in the tourney.

On the other hand, this roster is filled with overseas veterans. There are multiple guys on the team that have had close to 10 years of overseas careers, if not more. They are an unknown and that can be good or bad. Maybe they are unknown because they will struggle. What I think is more likely is that they will go from unknown to one of the bigger stories in the tourney. They are more than capable of rattling off a few wins in a row and really making a name for themselves.