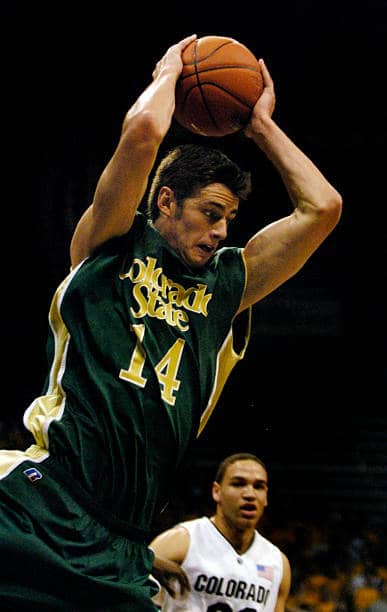 Ram Up is the Colorado State alumni team, and they are making their first ever appearance in The Basketball Tournament.

Featuring former NBA player Jason Smith, Ram Up are looking to make a run in the Xavier regional. There is plenty of professional overseas talent on the team, and they will look to lean on that experience given that there is not a ton of TBT experience on the team.

The NBA vet will bring his talents to TBT for the first time since 2016. He was in the NBA for 12 years, playing for the 76ers, Hornets/Pelicans, Knicks, Magic, Wizards, and Bucks. At 7’0, he will be one of the tallest players in the entire tourney.

His height will cause major problems for opponents on both ends of the floor. He will be the anchor of the interior defense for Ram Up, and guards will be able to gamble for steals more knowing that Smith is there to protect the rim.

On offense, he will be able to post up a lot of players. In his best NBA season, he averaged 9.7 points per game. If he can play the majority of the game, he will have the capability of putting up some monster stat lines.

Nixon returns for his second TBT. Last year, he scored 21 points and had 6 rebounds for Ex-Pats. He is a dynamic point guard that can shoot and get into the lane very well. He is a high volume scorer, putting up 24.9 points per game in 2020-21 in the Finnish league. While at Colorado State, he averaged 16.1 points per game in his third year there. Look for Nixon to be aggressive on offense. On defense, he will pressure the ball handler when he can, especially with Smith near the rim.

Ram Up take on LA Cheaters in a difficult first round matchup. They have a lot of size that they can use however, combined with some dynamic guards that make them intriguing in this tournament. Expect a lot of Nixon and Smith pick and rolls, as that action combines their two best players doing two of the things that they are best at.

Smith causes a matchup problem for most teams, and it will be important for Ram Up to get him the ball in positions that he can take advantage of. It will also be important for him to stay out of foul trouble.

Although Nixon and Smith may be two of the main guys, there is plenty of talent surrounding them. They have a good mix of guards, wings, and bigs that make them a very well constructed roster. This is also a pretty athletic roster that may look to get out and run early in the game. It could be difficult for teams to get leads down if Ram Up throw the first punch in the game. Look for them to try and make a splash in New Mexico.