The Basketball Tournament 2022: We Are D3 Team Profile 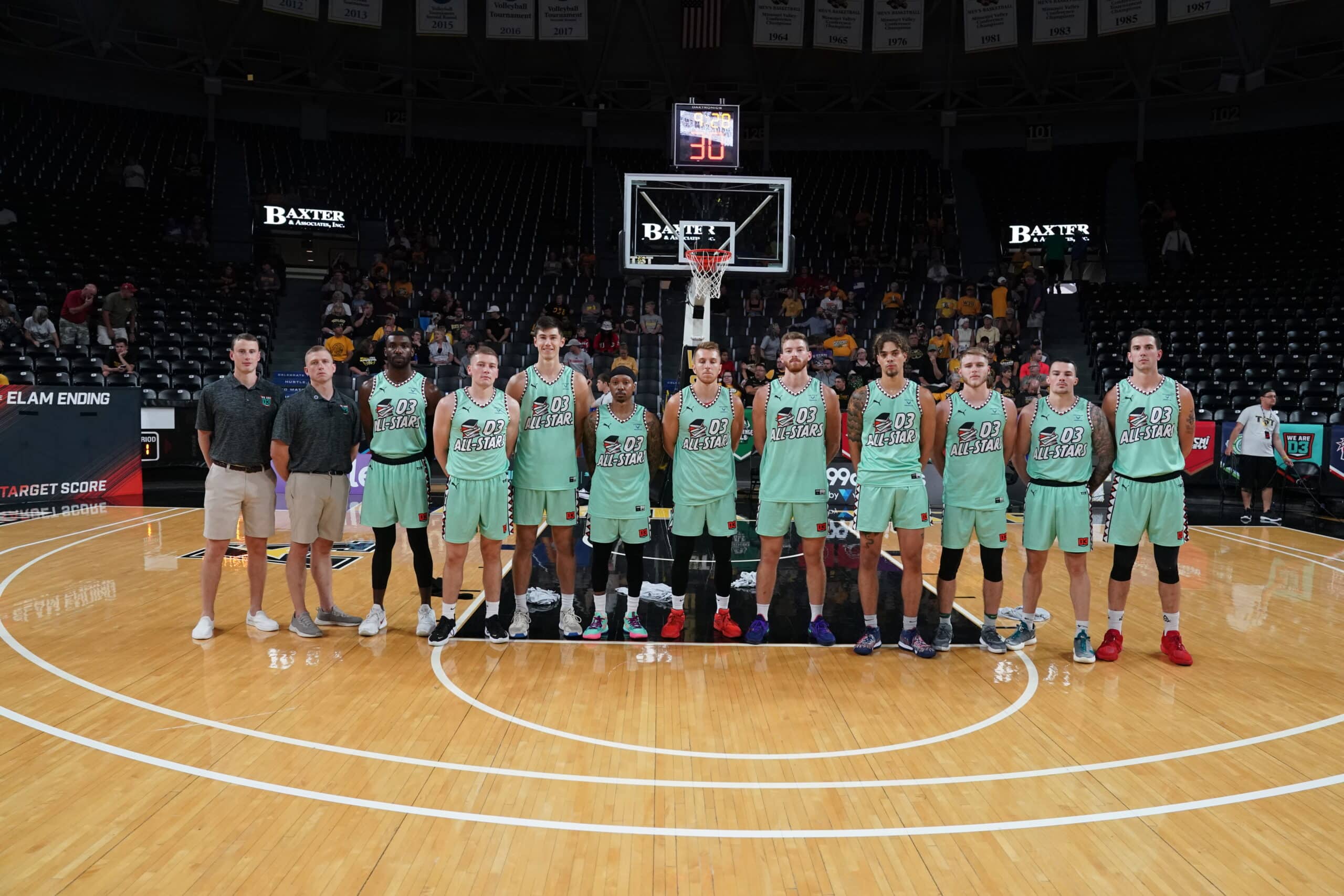 Coming back for its third time, We Are D3 is led by head coach Mike Rejniak.

This team continues to get thrown against the top dogs in their regional. Always falling short, We are D3, starts with the top-seeded (home team) in the AfterShocks in the Wichita Regional. We Are D3 came up with its name mainly using Division 3 basketball players. This year is a little different as the team grabbed a single Division 1 player in Daquan Brooks.

We Are D3 Roster:

After making a splash in his debut last year, Eric Demers put up 25 points against Challenge ALS. In showing out in this game, he received an invite to play for the now Maine Celtics (formerly Red Claws) and averaged more than 8 points per game. In his fifth year in college, he averaged 33.3 points per game, becoming the sixth player since 2000 to average more than 33 points a game.

The 6’8 Forward is a fighter. Adam Fravert played overseas for Ponferrada, and his length and ability to shoot the 3-pointer could be a big issue. Having another active shooter for We Are D3 could cause problems for other teams. Fravert knocked down over 37% of his 3-pointers for Ponferrada. He averaged 12.9 points and can cause issues for other teams. Fravert is a solid rebounder and can create for himself and others, and with the ball movement for We Are D3. This could be an issue for opposing teams.

We Are D3 will take on the home team in Wichita against the Wichita State AfterShocks. These former Shockers will draw in a lot of viewers. A major weakness for the former Shockers has always been against teams that move the ball well. This should be an entertaining game. Combining it with the fact that it is in front of a basketball city at Charles Koch Arena and shown on ESPN U makes it that much better.

One thought on “The Basketball Tournament 2022: We Are D3 Team Profile”