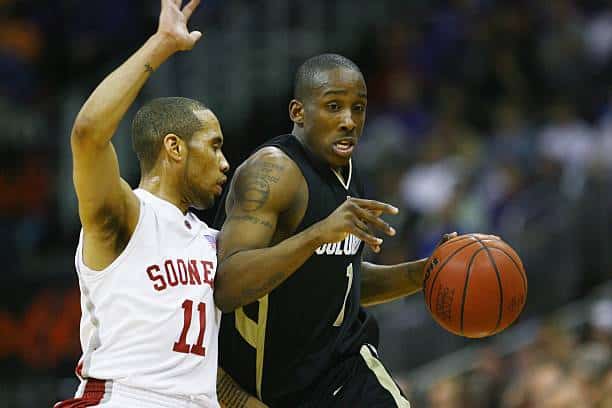 This team features some talent from last year’s TBT runner-up, Team 23. Heartfire will look to use this additional talent to go on a deep tourney run.

They are coming off of a second-round exit in last year’s TBT. This team is completely loaded with TBT vets, and Heartfire will look to lean on it as the 1 seed in their region. Everywhere you look, there is talent on the roster. Multiple former NBA players and many accoladed overseas veterans line this roster that will look to make a legitimate run at winning it all.

The 5 time TBT veteran makes his Heartfire debut this year. Hall has been consistently good throughout his time in TBT, making it to the championship twice so far. There is not much more experience found in this tournament than in Hall. He has averaged over 26 points per game in 2 of the TBTs, and he made the All-Tournament team in 2016. There have not been too many players that have been more consistent than him. He has also shown that he can be a good defender, averaging 2 steals in multiple TBTs. He has shown he can lead a team, and he will look to do that once again for Heartfire.

Liggins has had a successful NBA career which involved him playing for the Magic, Thunder, Heat, Cavs, Mavs, Bucks, and Pelicans over the course of 7 years. He started Christmas Day for the Cavs against the Warriors in 2016. He has also had success overseas recently. He will look to use that experience to help lead Heartfire deep into the tournament. He is a big guard at 6’6, and I think he will be a matchup problem for most rosters in TBT. It is going to be very tough to try and be able to limit both his size and speed from getting into the lane at will. I expect defenses to give him a lot of attention.

He is also a very good defender. Throughout his time in the NBA, he can be seen playing solid defense against the likes of Steph Curry and Kevin Durant. Having someone that can lock up the other team’s best player is always important, but it is even more pronounced in a single-elimination format.

Heartfire is loaded. There is talent all across the board. They have done a great job adding talent together that should mesh and be very skilled. I think this team has the potential to be one of the best defensive teams in all of TBT. Add in multiple guys that can go for fifteen to twenty on any given night, and you find yourself a contender.

Heartfire is a much watch team. There is so much talent that former NBA player and Heartfire coach LaPhonso Ellis will have a tough time distributing minutes. There are not many holes with this team. There are quality guards and big men that can do it all. They also have a few really good wings in Liggins and Mack among others. Opponents will have to be on their A game from the jump to be able to compete with them. Do not be surprised if Heartfire comes close to or are cutting down the nets within a few weeks.

One thought on “The Basketball Tournament 2022: Heartfire Team Breakdown”