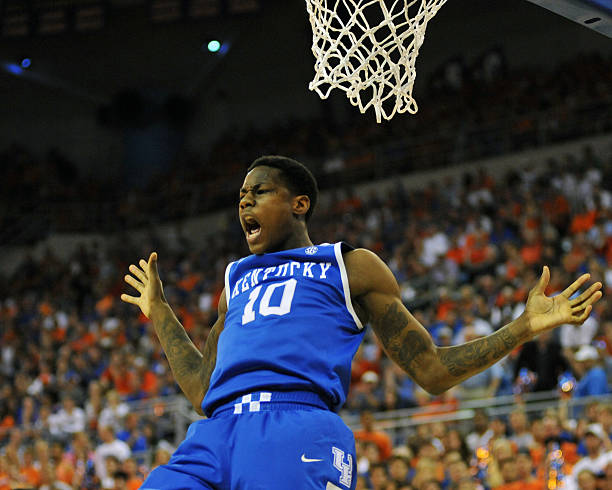 The runners-up in the 2017 TBT, Team Challenge ALS will be looking to win it all this year.

They have been one of the best teams in TBTs history, boasting an 11-5 record in 5 TBTs. This group may be the most talented yet, featuring former NBA players and talented overseas players. They may be under-ranked as a 2 seed in their region as Team Challenge ALS will once again look to make their mark on the tourney.

This is another team that plays for a great cause. Sean Marshall started the team a few years ago to help raise awareness for ALS. Pete Frates was his college roommate during his senior year at Boston College. Frates later started battling ALS. That was when Marshall, who was playing overseas, decided to create Challenge ALS and enter TBT to win money to help Frates with medical bills and raise awareness about the cause.

Archie Goodwin returns for his third season in TBT. It his first for Team Challenge ALS, and he will try and be the piece that puts them over the top. The 4 year NBA player has found success in college, the NBA, and most recently overseas. This past season overseas was one of his best while he averaged over 17 points per game and shooting well from 3. He can put up a lot of points in a hurry. Last year he averaged 16.7 points per game for Eberlein Drive in the TBT.

He is also a really lengthy wing. He is about 6’5 with a listed wingspan of 6’10. He is also very quick. Adding those two things together makes him a really good defender. He has averaged over 2 steals per game in multiple seasons that he has played. He averaged at least one steal in both of TBT runs. Expect him to be in the passing lanes and using his length to cause some chaos on defense.

Randle returns for his 4th TBT. He previously played for Eberlein Drive in 2018 and 2019, and Always a Brave in 2017. In 2018, Randle averaged 21.7 points per game while helping lead his team to the championship game. That year he was on the All-Tournament Team. In 2019, he increased his scoring by averaging 22.3 points per game. He has never lost in the first two rounds.

His shooting will be a key for Team Challenge ALS. He has not shot super-efficient in TBT, shooting 33.3% in the past two TBTs. However, he had to put up a lot of shots for those teams. He may not have to create as much which could help the efficiencies go up.

Team Challenge ALS will have its eyes set on the championship this year. There is no doubt that all of the talent needed is there. They have a good blend of scorers, defenders, facilitators, and shooters. With there being multiple players who have made a TBT championship game, experience can be found up and down on the roster. I think this will be one of the most skillful teams in TBT this year. They are in a tough New Mexico region, but they without a doubt have the talent to survive. A potential Heartfire – Team Challenge ALS regional final could be a LOT of fun.

One thought on “The Basketball Tournament 2022: Team Challenge ALS Profile”