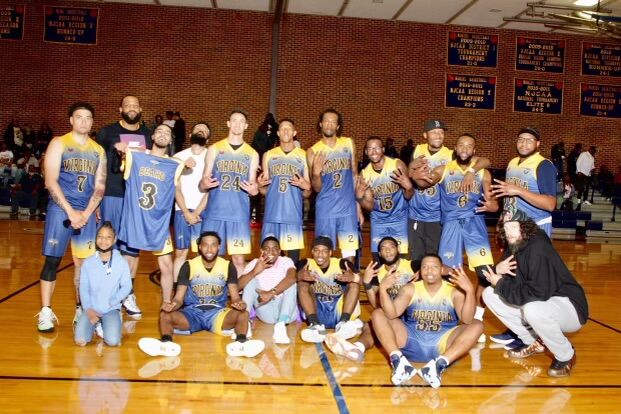 From the West Virginia region, the Virginia Dream will be making its first-ever appearance in TBT.

Reginald Jeffries, who is the youngest general manager in the field, put together a roster in hopes of representing his home state. Jeffries suffered a devastating injury as a young boy but never gave up on his passion for growing and teaching the game, which is where the organization emerged.

“DREAM” is an acronym for Developing leaders, Restoring communities, Education support, Achieving goals, and Motivating everyone.

This team is not loaded with power conference talent but Polite knows what it is like to compete at a high level in Division I. Polite fills the leaderboards at Radford, where he is their all-time leading rebounder, second in blocked shots, third in steals, and seventh in scoring. Since Polite graduated in 2019, he has played overseas in Italy and Ukraine.

Butler has been a superstar everywhere he has played but against much lower-level competition than TBT features. At Division II Montreat College, Butler averaged 21.5 points per game. Will the athleticism in this tournament be too much for him? We may see that very early on. One thing we do know, however, is that he is a lethal shooter from anywhere on the court.

The Virginia Dream features a ton of youth as far as TBT experience is concerned. Right away they will be tested with top-seeded Best Virginia (West Virginia alumni), a much more seasoned team, filled with a more prestigious roster. It is difficult to identify what, exactly, the Virginia Dream’s identity will be. At the very least, they will be able to showcase their brand on a more national stage. At best, they pull off an improbable, Cinderella run.