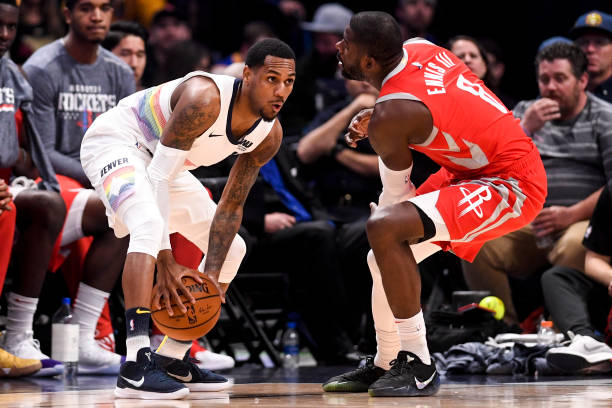 LA Cheaters return for their third time at TBT. The Drew League affiliate boasts plenty of NBA talent with the likes of James Ennis, Mychel Thompson, and Casper Ware Jr. They have lost a few talented pieces from last year’s team such as Terrence Jones and Derrick Williams. This team has some well known names, but they also have some talented players that may not be as well known. There will be some expectations given that LA Cheaters is a Drew League affiliate, so expect these guys to be playing there best from the start.

The 9 year NBA vet will be taking his talents to TBT for the first time with LA Cheaters. Ennis is a 6’7 forward with a 6’11 wingspan, allowing him to take up a lot of space on the floor. He has shooting capabilities, but he is most effective driving and cutting into the lane. There should be space for him to work with making him a tough player to guard for almost everyone in TBT. He can get to the bucket very well, and he showed that in his 2015-16 season with the Pelicans when he averaged 15.9 points per game on 50% shooting.

Ennis has been a quality defender throughout his career. As mentioned above, he has a lot of length. He should be able to pressure opposing offenses a lot and possibly force them to make careless decisions. That only makes him that much more valuable to the team.

Ware returns for his fourth season at TBT. He played for Team Challenge ALS in 2017 when they made it to the championship game. He was one of the stars on the team and was named to the All Tournament Team while averaging 18.8 points per game.

Ware can shoot with the best of them. He has never shot below 42.6% from 3 in his three previous TBT tournaments. LA Cheaters will need that shooting and playmaking to help lead them where they want to go. This team may go as far as Ware is able to help take them. He will be the primary ball handler, tasked with both scoring and playmaking for others. Shooting will be a big thing, but he will be playing with a lot of great talent. This means that it is more likely that he sees some space on the offensive end to get his shots up.

LA Cheaters are in a very tough region. If they are able to make it out of New Mexico, it means they deserved it. They have the talent to be able to do it. Casper Ware and James Ennis should lead the way. Players such as Mychel Thompson and Will Davis II should provide the shooting and secondary creation needed for a team to succeed. Having NBA talent will definitely help this team out. On top of having the NBA talent, there are multiple guys who have had success in the TBT. Don’t expect this team to have any nerves going into this as they have played under some of the brightest lights.

One thought on “The Basketball Tournament 2022: LA Cheaters Team Profile”