The Basketball Tournament 2022: Once A Bronco Team Profile 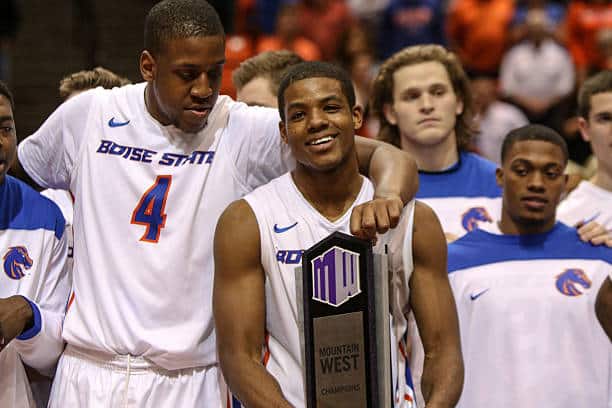 Once A Bronco will make their TBT debut this season. No team has less TBT experience than this team because it is everyone’s TBT debut.

Although they may lack TBT experience, they have plenty of proven professional talent that will be relied on to make a run. Led by former Boise State player Derrick Marks, Once A Bronco will look to show that they belong in the tourney and make a name for themselves. They may be unknown now, but they hope to be a TBT staple after this season.

Once A Bronco Roster:

Derrick Marks had a successful career at Boise State, averaging over 15 points per game 3 out of his 4 seasons. His senior year he averaged 19.4 points per game, 3.7 rebounds per game, 3.0 assists per game, and shot 43.6% from 3, leading them to a 24-8 record. He has had overseas success as well.

Marks will look to have this success translate to TBT for Once A Bronco. He has proven throughout his career that he can put up a lot of points. He is a very good shooter, and he can get hot very quickly from 3. His shooting will be a big factor in determining the success of Once A Bronco. Expect him to have the ball in his hands on offense a lot and for the offense to be run through him at times.

Zaid has averaged at least 15 points per game every season except for once since 2016-17. He is another very skilled scorer. He has not been the best shooter from 3, but he is crafty and can get into the lane very well. His efficiency may be the swing skill for this team. If he gets going, he adds another dynamic scoring option for Once A Bronco that will make the backcourt very difficult to guard.

The pairing of Hearst and Marks has a chance to be a sneaky good backcourt in TBT. They complement each other very well with Marks being able to shoot and Hearst being more of a slasher. Both can score a lot, and this team may rely on them heavily to score.

That does not mean they are the only talents though. The likes of Kevin Allen and Alex Hobbs amongst others will provide other options and defense that this team needs.

They have a difficult first matchup with Team Challenge ALS. Look for Once A Bronco to try and surprise them from the jump and make a name for themselves in TBT.