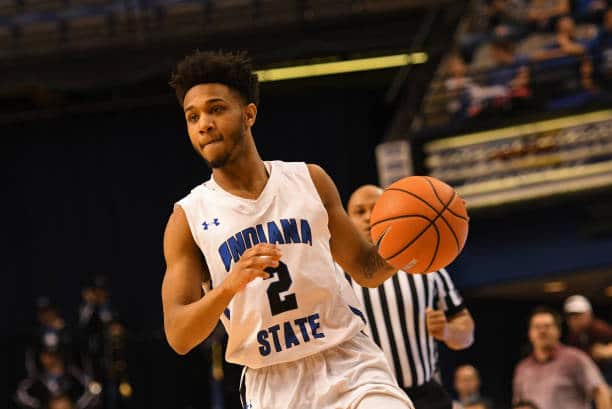 DaGuys STL represents the Youtube group DaGuys. This team of friends and overseas players will try and put on a show in their first TBT. This is most of the players’ first season in TBT, so it will be a learning experience for all. Although their is a lack of experience, there is still talent on the roster that will look to make a surprise run in the tournament. Based in St. Louis, DaGuys STL will look to compete hard and have a good time in what they are hopeful is a very deep run.

Barnes will look to be one of the leaders on DaGuys STL. The 4 year Indiana State standout had great success in his first season overseas this past year. He averaged 18.2 points per game, 4.4 rebounds per game, and 6.8 assists per game while shooting 37.7% from 3 per proballers. On a team that does not have the most professional talent, Barnes will have to be the guy at points. He proved in college and overseas that he is up for the challenge. He is listed at only 5’10, but that has not stopped him from being productive in his career. I do not expect that to change anytime soon.

Simmons will be one of the best less-known playmakers in all of the tournament. The last time he averaged less than 5 assists per game was his second year of college in 2014-15. Being a bigger guard at 6’4, he adds a defensive upside that DaGuys STL will need. Simmons and Barnes will make for a good backcourt that I think will get a lot of minutes.

What makes Simmons the make or break player to me is his shooting. He has had a very streaky shooting career. His last season he shot 41.2% from 3 per proballers. DaGuys STL will need for his shooting to be there is they want a chance at making a deep run in The Basketball Tournament.

One thing that this team will do for sure is have fun. If you want to see some trash talk and celebrations, definitely tune into DaGuys STL. The Youtube group DaGuys is a group of friends that want to have fun and spread positivity. How can that be hated on? Look for them to have to be going wild from the jump. I expect the bench to be ready with celebrations and for them to be going wild. It may not be as wild as the clip shown above, but that is a glimpse of what is possible from this squad.

Although this is a group that likes to have fun, there are plenty of hoopers on the team. There is no doubt that they will have fun, but do not equate that with not caring about the tournament. They will be going for the championship just as much as everyone else. I think they will have an uphill battle, especially in their first game against Team Arkansas. That does not mean they should be written off though. There is definitely enough talent on the team for DaGuys STL to make some noise.