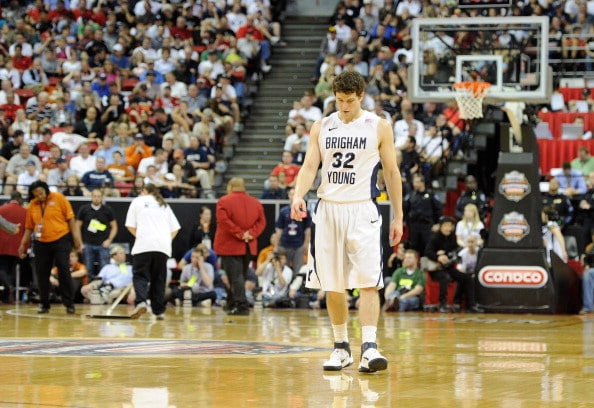 When you have Jimmer Fredette on your team, good things happen, and The Money Team knows that.

The team backed by Floyd Mayweather features tons of star power to go along with Fredette, including former NBA big Trevor Booker. If you’re a gambler, taking a bet on The Money Team can deem a valuable return with the talent they bring to The Basketball Tournament.

Duh. In my opinion, Fredette is the best player in the tournament, and besides Kyle Hines, could be the most decorated player in this tournament. Fredette has unlimited range and could score 40 points at a rate that very little people in the world can. If he’s on, there’s no stopping Fredette and The Money Team.

There are very few players in The Basketball Tournament with a few years of NBA experience, so having a guy like Booker who played ten years is massive. The only shaky point is if he can still play at this NBA level or if father time got to him. The Money Team is very guard-focused, so there is a lot riding on Booker’s success, and it’s up to him to deliver.

While those two guys steal the show name-wise, The Money Team features several other players that college basketball fans may know. This includes guards Xavier Munford, Jordan Crawford, and Corey Davis. Each bring their own unique skillsets that could allow GM TJ Fredette, Jimmer’s brother, to make adjustments depending on the matchup.

In terms of bracket setup, they get the one seed, with former champion sitting Golden Eagles sitting on the other side as the two seed. The three and four seeds Red Scare and Men of Mackey also have several years of TBT experience, meaning it will be no cakewalk for Fredette and The Money Team.

2 thoughts on “The Basketball Tournament 2022: The Money Team Profile”