Interview with Malachi Smith: Chattanooga Star and SoCon Player of the Year 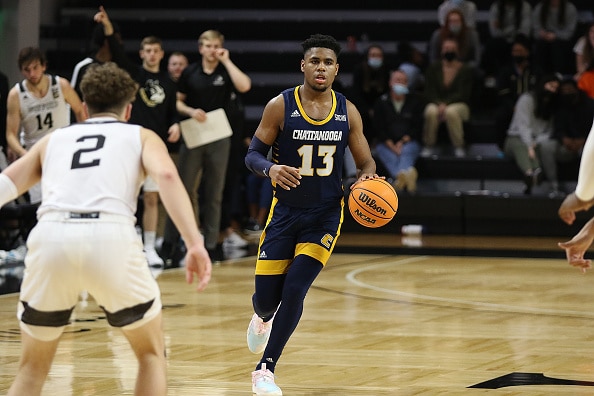 If you need a bucket, Malachi Smith’s got you.

Malachi Smith scores, and at a high level, leading the entire conference in scoring and a big reason why his Chattanooga Mocs were able to punch their first NCAA Tournament bid since 2016.

I had the pleasure of interviewing Smith, and we talked about a variety of topics regarding this past season, playing in the NCAA Tournament, his draft status, and more. Read below to hear what Malachi Smith had to say.

Note: To clarify Malachi Smith’s current draft status, he is currently focusing on the NBA draft but has maintained the option to return to college.

1) What made you choose Chattanooga after one year at Wright State?

Malachi Smith: It was an opportunity where I had a good relationship with the coaches and I took advantage of opportunities.

2) Before the season, what was one thing that you worked on to get you to where you are today?

Malachi Smith: Getting in better shape for sure and being more consistent in shooting. I didn’t want to be a liability anywhere on the floor and wanted to be able to score on all three levels so that’s what I worked on.

3) As someone who has been a product of the transfer portal, what are your overall thoughts on it and the rise we’ve seen in transfers recently?

Malachi Smith: I honestly feel like it just depends on the situation. Everyone’s situation is different. If a player is on a team and the coach leaves, maybe the new coach doesn’t fit the player’s system so they need to go somewhere else. It allows kids to not be stuck if they’re in a bad situation. Also, it can get crowded, so if everyone is just leaving then it becomes hard because not everyone is going to be able to go to a school and people will get left out.

4) You had some really impressive scoring outbursts this year. What has been your most memorable performance in college?

5) What was going through your mind in that conference championship game knowing a tournament bid was on the line, especially those last few minutes?

Malachi Smith: I was a little nervous, I’m not going to lie but once I saw we had time and David was able to get a shot off, at that point, I thought it is what it is. I’m glad it went in and I was in shock I couldn’t believe it.

6) Congrats on winning SoCon player of the year! What was your reaction when you heard you won the award?

Malachi Smith: I wasn’t really worried about it but it’s something I planned to achieve. I was in class, so I had my phone on do not disturb, and when I left class and turned do not disturb off my phone had a ton of notifications and I was like oh snap and it was kind of crazy. Everything I had worked for and all the hard work paid off. It gives me motivation to keep going.

7) Now, the NCAA tournament game. Take me through what it’s like to play on college basketball’s biggest stage and what goes through your head in those last few minutes as well?

Malachi Smith: The atmosphere was crazy. That was the first time I’d ever been in that situation. Everyone I knew told me that it was just a different feeling, and they weren’t lying. I can’t describe how it feels to be honest and I’m really just blessed. We didn’t get the result we wanted, but just being able to be out on the floor, that was just a blessing in itself.

8) You recently announced you have entered the draft. What was your ultimate reasoning behind doing so?

Malachi Smith: I signed with an agent but I do have my eligibility. I’m all in on this process and seeing what that looks like. One thing I do that scouts might not see in the tape is that I can fit in any locker room, I have a high IQ, and I’m willing to do whatever it takes to contribute to the team whether that’s on or off the court. Knowing that I’m someone they can rely on to do the right thing is what I bring.

9) What is one thing you want to work on before getting to the next level?

Malachi Smith: I want to tighten up my ball handling and my ball handling to be more fluid with my moves. I want to get in better shape and be able to knock down shots at a consistent rate I already shot at a good percentage but I can improve on that as well. With getting in shape, that means getting more muscle on me an being more athletic. That’s something I’m really working on so I can be more explosive at the rim.