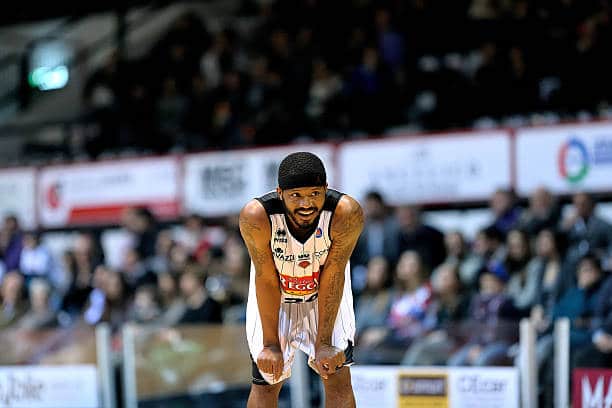 Chicago Hoopville is one of the original teams from the 2014 TBT. They will look to regain their 2015 magic when they made it to the Top 16. This squad features some great talent from Chicago, as they look to go on an underdog run through the tournament. They will have that Chicago mentality and skillset, making them more than capable of doing it. There is plenty of experience and talent from players such as Anthony Spencer and Stefhon Hannah that will be relied upon.

The former G-League player has bounced around the G-League for around a decade. He is a quality point guard that will look to facilitate, knock down 3s, and play very tough defense. I expect him to guard the opposing team’s best player almost always. It is very possible that he picks up his guy 94 feet for the majority of the game. He has a lot of strength and uses it to get into the lane and generate looks for others. He may not lead the team in scoring, but he will have the ball in his hands a lot and will be the key for Chicago Hoopville to generate good looks on offense.

He also has had a long professional career. He averaged 16.2 and 14.3 points per game in his two years at Missouri from 2006-2008. Since then he has mixed between the G-League and overseas, playing solid everywhere that he went. Chicago Hoopville will look to lean on his experience to lead them to success.

Spencer has had some great games and some not so great games in TBT. This will be his seventh year playing for Chicago Hoopville in The Basketball Tournament. In 2015, when they went the farthest they have, he averaged 16.5 points per game and 6.3 rebounds per game. Last year they lost their first game, and Spencer put up 0 points and 5 rebounds. Spencer truly is the definition of a make or break player. He has some amazing games but has also struggled at times. Chicago Hoopville will be hoping for the 2019 version of Spencer, when he put up 33 points and 12 rebounds while shooting 5/11 from 3.

Chicago Hoopville will look to bring that Chicago mentality to Rucker Park against 1 seed YGC. They are definitely the underdogs, but I have a feeling that does not bother this team much. They will come out fighting and looking to take it to their opponent early. They may not have the biggest names, but this team has a bunch of hoopers. This team has some players designed to succeed in a single elimination format when all a team needs is a chance. One other player to really monitor is Jay Holder. He makes his TBT debut this year. However, he has had success in the Drew League and can put up points in a hurry.

Chicago Hoopville hopes that they have enough pieces to go further than they have ever gone before. We will know early as they have a tough matchup against aforementioned YGC.