The Basketball Tournament 2022: Americana for Autism 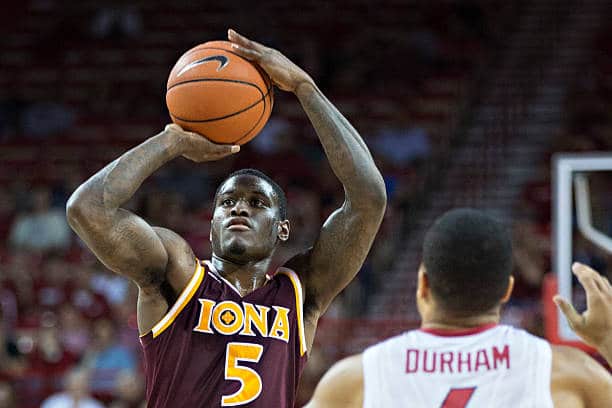 Pure scorer AJ English will try and lead Americana for Autism to a TBT championship.

Delroy is a TBT veteran with this being his 5th TBT. Last year was his best season, averaging 16.3 points per game and 6 rebounds per game over 3 games. He is a super-strong player and leverages it to get into the paint. He also has shown great capabilities popping out to the three-point line and knocking shots down. Expect him to do a little bit of everything on both ends of the floor.

The son of former NBA player, AJ English Sr., AJ looks to make his mark in The Basketball Tournament for the first time. He was a talented player in college at Iona, averaging over 20 points per game in his two seasons there. He has had a very good pro career overseas, and I think he has a real case to be one of the top scorers in all of The Basketball Tournament. He facilitates well and gets into the lane. He has also been a pretty good shooter throughout his career. If Americana for Autism goes far, English is going to be a big reason why.

Americana for Autism will take on the Peacock alum team, and they are hoping that there is not another upset at hand. I expect them to rely on guard play and try to get to the hoop often. This could benefit them a lot with games being played outdoors at Rucker Park. If it is windy, Americana for Autism will be able to rely on their strength even more. It will be very important for them to be able to take care of the ball. If they do, they have some bucket getters that could put up a lot of points.

They may not be getting the most buzz, but they should be a very fun team to watch. They are also playing for a good cause, to bring awareness to autism. Delroy James, Isaiah Swann, and J’Covan Brown all have children that are diagnosed with autism. It is awesome that they are able to play the game they love while spreading awareness about something that means so much to them.

2 thoughts on “The Basketball Tournament 2022: Americana for Autism”