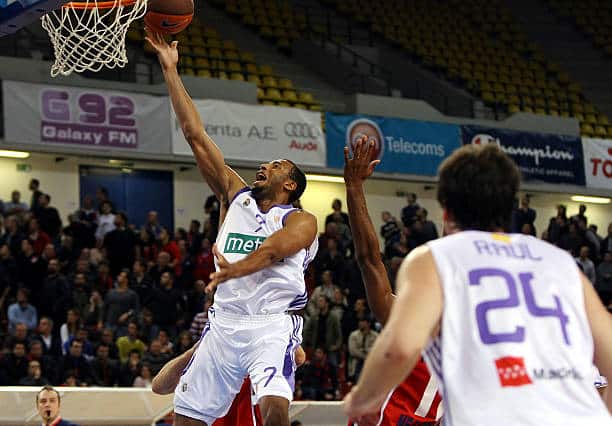 St. Peter’s basketball went out of March like a lion and continues to strut their feathers in the summer as Peacock Nation plays in The Basketball Tournament.

A team of St. Peter’s alumni did some A+ recruiting, picking up a couple of pure scorers from Penn State and Fresno State. Seeing if everyone can gel together will be the truest test, but there’s no doubt Peacock Nation expanded to welcome in some “graduate students” into their family.

The top scoring option on Peacock Nation, Hosley played two seasons at Fresno State, averaging 18.6 points and 9.2 rebounds in year one. That was all the way back in 2006, but the 6’6″ guard still has the build to get it done on the court. The now 38-year-old played professionally up until 2019 when he called it quits. He was most notably a 2x Polish League MVP in 2013 and 2015.

But perhaps the biggest plus about adding Hosley to this team is his experience playing on New York City courts. Hosley was born and raised right in the heart of New York City and is the son of legendary Rucker Park legend Ron Mathias. It runs in his blood, which has to be worth something.

The Penn State product rose onto the scene in 2016, averaging career highs of 16.3 points and 6.5 rebounds. Like Hosley, Taylor will give Peacock Nation some much-needed scoring. However, his efficiency to make shots from the field has been a problem in the past. Improvements in that were the biggest reason for his senior season growth, but it still is something to be wary about.

Also like Hosley, sharing the court with a team made up of mostly former St. Peter’s players could make for some on-the-court issues, depending on how much they’ve been able to build up team chemistry. But, if that’s all good to go, Taylor looks to be a key offensive player for the team.

Bringing in Hosley and Taylor gives Peacock Nation a couple of much-needed scoring options. Quadir Welton is the other player on my radar, as he put up back-to-back years averaging double-digits in points per game and should be the top big man on the squad. They’ll be up against Americana for Autism in the first round on Saturday, which will be a test. However, as we learned in March, don’t count out the Peacock!