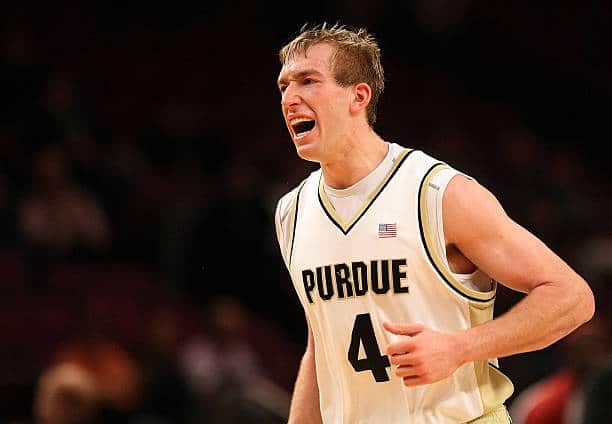 Men of Mackey are looking to make a breakthrough after a second round exit the past two years in The Basketball Tournament.

Men of Mackey return for their third time at The Basketball Tournament, featuring a mix of new and familiar faces to Purdue fans. There is plenty of talent, and they look to finally have a deep run after losing competitive second round games the past two years.

The dynamic guard showcased in last year’s TBT that he could do everything needed for the team. In the two games last year, he led the team with 18.5 points, 4.5 assists, and 1.5 steals per game. He was also second on the team in rebounds averaging 6 boards a game. The only player that averaged more rebounds was 7’2 Isaac Haas who averaged 6.5 rebounds per game. In these single elimination formats, it is super important to have at least one guy that can go and get a bucket when needed. Barlow provides that with his skilled playmaking and shooting, making him a threat from anywhere on the floor.

The former Purdue star and 2019 USA Male Basketball Player of the Year will play a big role for this team. With the Men of Mackey not having their 7 footers back from last season, there is a chance that Hummel will play more at the 5 if Men of Mackey want to go smaller. He has the capability of getting hot from 3 quickly, and he will help act as the coach on the floor. Purdue fans are hoping to see some of the vintage Hummel as he hopes to help the team go further than they ever have.

We’ve got @FlyersTBT, Jimmer Fredette, amazing alumni squads, and the final rounds of @thetournament coming to UD Arena! Will you be there, too?

Men of Mackey will have a tough road if they want to go far. Their first matchup is against a very solid Mid American Unity squad. If they can win that then they will be projected to play Floyd Mayweather’s The Money Team, featuring former NBA players Jimmer Fredette and Trevor Booker among other talented players.

Men of Mackey have the pieces to do it though, as they will look to play more from the perimeter with talented guards and forwards. The team has a good combination of shooters in Mangas, Delaney, and Jacobo, combined with all around players Barlow and Hummel. Down low will be Maxwell, Harrar, and Nash. Octeus and Jackson will take care of the ball handling and some of the slashing. Put it all together and Men of Mackey have a squad that check off all of the boxes to go further than they ever have before.

One thought on “The Basketball Tournament 2022: Men of Mackey Team Profile”