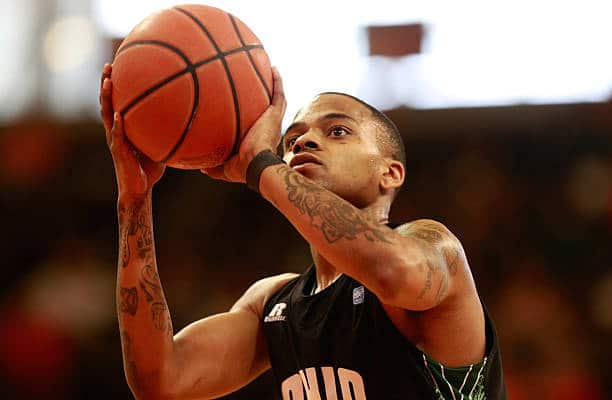 A fan favorite, Mid American Unity looks to go on a run in their fourth TBT.

After coming off of a first round exit to Carmen’s Crew last season, Mid American Unity look to have a different story this time around. They have plenty of TBT experience, now they just need a deep run to pair alongside it. They return 5 players from last years team, and they are hoping the new additions such as Jayvon Graves will make the difference now. Voted in by the fans, they will have the support they need to get some upsets this time around.

Cooper may not end up as the leading scorer for Mid American Unity, but there are not many players in the TBT that are capable of what he is able to do on the court. Cooper is a pass first player, and that makes him dangerous when he has offensive threats around him. This past season he averaged over 10 assists per game while playing overseas. Even back when he was playing for the University of Ohio, he was averaging around 7 assists per game while scoring around 15 points per game.

Cooper returns for his third season with Mid American Unity. Not many players fill up as many categories as he does. In the 2021 TBT, he averaged 7 points per game, 6 assists per game, 7 rebounds per game, and 4 steals per game. He put up similar numbers in 2019. He will look to facilitate for others, and he is super dangerous in any sort of pick and roll action. If the jumper gets going, he becomes very difficult to guard. He has also proven to be a good defender, and he will definitely be pressuring the opposing point guard, trying to rip them when able to.

Graves last year played for the Austin Spurs, the G-League affiliate of the San Antonio Spurs. He is a guard that can both score and facilitate. He has also proven that he is a capable shooter. It will be interesting to see him mesh with this Mid American Unity team.

Mid American Unity takes on the Men of Mackey in their first-round matchup. Both teams will be looking to get out of the first couple of rounds, so it should be a very fun matchup. The passing of Cooper and Graves will be fun to monitor, as both are capable of making plays for others. This could allow guys like Romeo Travis, Javon Bess, and Jimmy Hall Jr. to thrive among others on the team.

The passing also makes this team a threat in general. Not many teams will move the ball as much as them. If it does come down to more isolation play, they have some guys that will be willing to step up and try to bring home the victory.