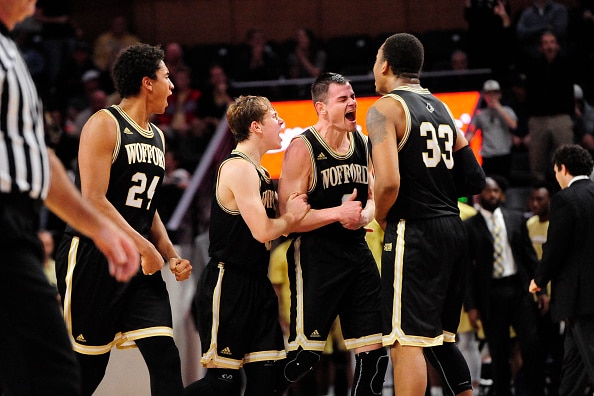 WoCo Showtime is back for more after losing by just three to Best Virginia in the first round of the West Virginia Regional a year ago. This is a group comprised largely of former Wofford College players, all of whom have experience in playing for the Terriers in the NCAA Tournament. A few key additions make this year’s version of this group looking even more dangerous.

Magee is a close choice over newcomer Andrew Rowsey. Rowsey brings fantastic experience, having helped The Golden Eagles win the 2020 TBT. However, if you remember Magee from his time at Wofford, you remember how lights out his shooting could be at any given time. Magee is still Division I’s all-time leading three-point shooter, and WoCo Showtime will need those shots to help them go far. Expect some insane shooting, both from Magee and the rest of the talented guards on this roster.

Jackson is one of the new additions to WoCo Showtime, and he is an important one at that. Jackson is playing the same role here that he did when he was a dominant force for the Terriers for five seasons. He can gobble up rebounds, rack up second-chance points, and has tremendous footwork in the paint. By having both him and Lee Skinner as skilled bigs down low, it will make opposing teams have to think harder about how to guard WoCo Showtime.

WoCo Showtime is right back in West Virginia, where they can try to earn a rematch with Best Virginia for the right to win the region. This group has some of the best guards Wofford had to offer during the 2010s as well as two of their most talented big men from that time. Furthermore, the addition of Andrew Rowsey as a seasoned veteran in this tournament will help bring more leadership and experience to lean on. This is a balanced group that can make a run, and many SoCon fans are salivating at a potential regional semifinal match-up with The Bucketneers, ETSU’s alumni team. Expect WoCo Showtime to fight to the end no matter how far they get.

One thought on “The Basketball Tournament 2022: WoCo Showtime Team Profile”