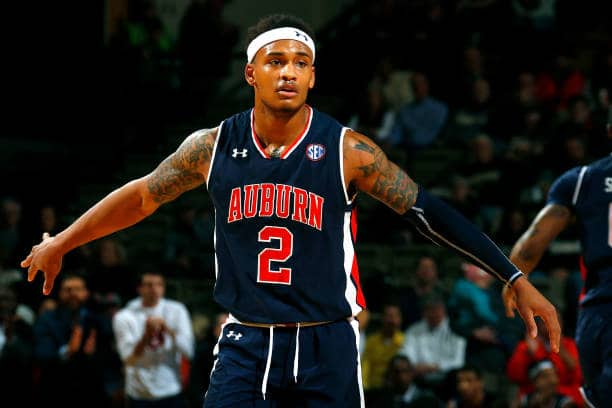 War Ready comes back with a totally re-tooled roster, looking to get their first win in TBT history.

The Auburn alumni team added multiple high-level Tigers, additions that should elevate them in this year’s tournament. They also have one of the youngest teams in The Basketball Tournament, so that could help War Ready push past teams with legs that aren’t as fresh.

A player with G-League experience, Brown excelled at Auburn as a two-way player. The built shooting guard can hit from an impressive clip from downtown, which is where he’ll do most of his offensive damage. Defensively, Brown averaged at least one steal per game in his final three seasons at Auburn. Playing both sides of the ball as one of the team’s best players is a key quality to keeping War Ready on top of their game.

The big man for War Ready, Purifoy played in last year’s TBT and was a lone bright spot for his squad. Bucketneers destroyed War Ready, 77-50, but Purifoy put up a solid 10 points and three rebounds, connecting on two threes. He struggled from the field overall but showed the importance of having a player who can bang down low and stretch outside for threes. Having that option will go a long way this year, especially with guys like Brown and Mustapha Heron carrying more of the load in the backcourt.

War Ready matches up with WoCo Showtime in one of the final games of the first round on Sunday. That game will pit power five guys from Auburn against an underrated Wofford alumni team. The biggest key for War Ready will be closing out on the three-point line and following that up with defensive rebounds to push the pace.

If War Ready can do that, they have the talent to win a couple of games in TBT. As Auburn continues to grow its basketball program, there’s no question its TBT alumni team will follow suit.

For more of The Basketball Team profiles, click here.