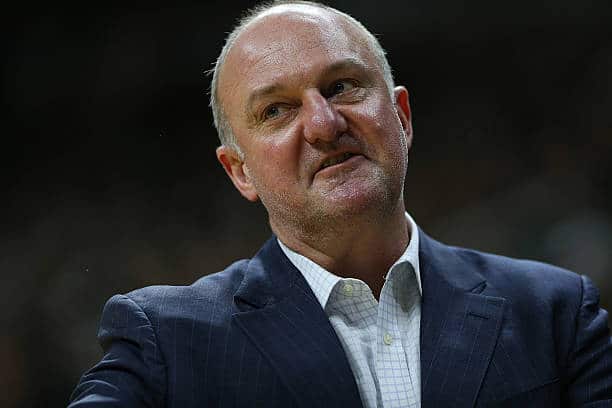 Over 50 college basketball coaching hires have been made in the 2022 offseason. These look like they can have the biggest impacts.

The sheer shock factor of Jay Wright’s retirement still makes it hard to believe a new face will be at the helm of Villanova basketball. But that’s the state we’re in and if they have trust in Neptune, a Wildcat at heart, he’s got to be the right choice. I’ll toss away his one-year track record as a Division I head coach and give it the nod.

Re-hires don’t often do great but when it’s the guy the started his illustrious coaching career there, that makes for a solid hire. Miller’s stock might have dropped after a scandal that revolved around him paying players to come to Arizona. Now, in the day of NIL, that actually sparks a lot of interest, as Miller’s recruiting tactics could actually pay off at Xavier.

Steve Lavin may not have coached since 2015 but if you’re San Diego, this is an A+ hire. The Toreros haven’t been to the NCAA Tournament since 2008 and have only won 27 games over the last three seasons. Adding a big name like Lavin can only help the program grow and don’t forget, he’s still only 57 years old. Of course, there’s the risk he heads back to the broadcast booth for a third time, but it’s a risk I’d be willing to take.

In a year where the SEC saw as many new coaching hires as any conference in the country, Chris Jans may be the most underrated one. In five years at New Mexico State, he led the Aggies to four NCAA Tournaments, taking down UConn in the first round in 2022. This will be Jans’ first head coaching gig in a power conference, but the pressure is low at Mississippi State and he seems to like it that way given the success of the New Mexico State program.

It was only a matter of time until Todd Golden left San Francisco for a top-notch job. He’s only going to be 37 years old entering next season as the coach of the Gators. Golden’s got a fire about him that was attracting teams to him ever since he guided the Dons to an early-season upset of Virginia in 2020. You can check out this interview we did with Golden by clicking here.

The Cardinals alumnus now gets his chance to lead the program after they parted ways with Chris Mack mid-season. Payne’s most recent title was an assistant with the New York Knicks but before that, was on staff at Oregon for five years and with Kentucky for over a decade. His loyalty to the area, recruiting knowledge of Kentucky, and NBA connection all give Payne a glamorous shot at turning Louisville back into the program we expect it to be.

Matta, 54, led Ohio State to nine NCAA Tournaments, two Final Fours, and has a career winning percentage of .740 was out of coaching for five seasons. He cited health problems for leaving the career and now comes back to the place where he started it all. Butler was also trending down, finishing with losing records the past two seasons. For the Bulldogs to get an alumnus who seems like he wants to make this his last pit stop is a tremendous move in a Big East that saw some outstanding coaching hires.

Holloway tops the list of those Big East coaching hires. Another former player turned head coach at his school, Holloway’s might not have happened without a historic run in the Big Dance that saw Saint Peter’s make it to the Elite 8. There were always rumblings about his potential return down the line, but this made for the perfect time to make it happen. His recruiting is already paying off in the transfer portal, as the Pirates have locked down Al-Amir Dawes and are rumored to be in the final mix for Emoni Bates and Femi Odukale.

Matt McMahon is the next greatest head coaching star in college basketball. LSU should feel as good as any program this offseason among those who made coaching hires. The 44-year-old is young, energetic, and already has seven years of head coaching experience under his belt, which includes coaching NBA All-Star Ja Morant. He’s practically starting from scratch, as handfuls of LSU players left in the transfer portal, but McMahon brought in a few of his guys over from Murray State. Once he’s able to reign in a couple of recruiting classes, LSU will be a yearly contender to win the SEC.

Willard had been rumored to the Maryland job for years and now it finally came true for the program at College Park. While his tournament success has been blah, Willard’s ability to carve out a blue-chip Big East program out of nothing is a remarkable feat. Seton Hall wasn’t just a tourney team under Willard either. He helped develop Angel Delgado and Myles Powell into two of the best players in college basketball by the time they were seniors. The Pirates also cracked the top 15 numerous times over the past few seasons. If he can do that in South Orange, Maryland should be a breeze for Willard.