How the San Francisco Dons Shocked No. 4 Virginia 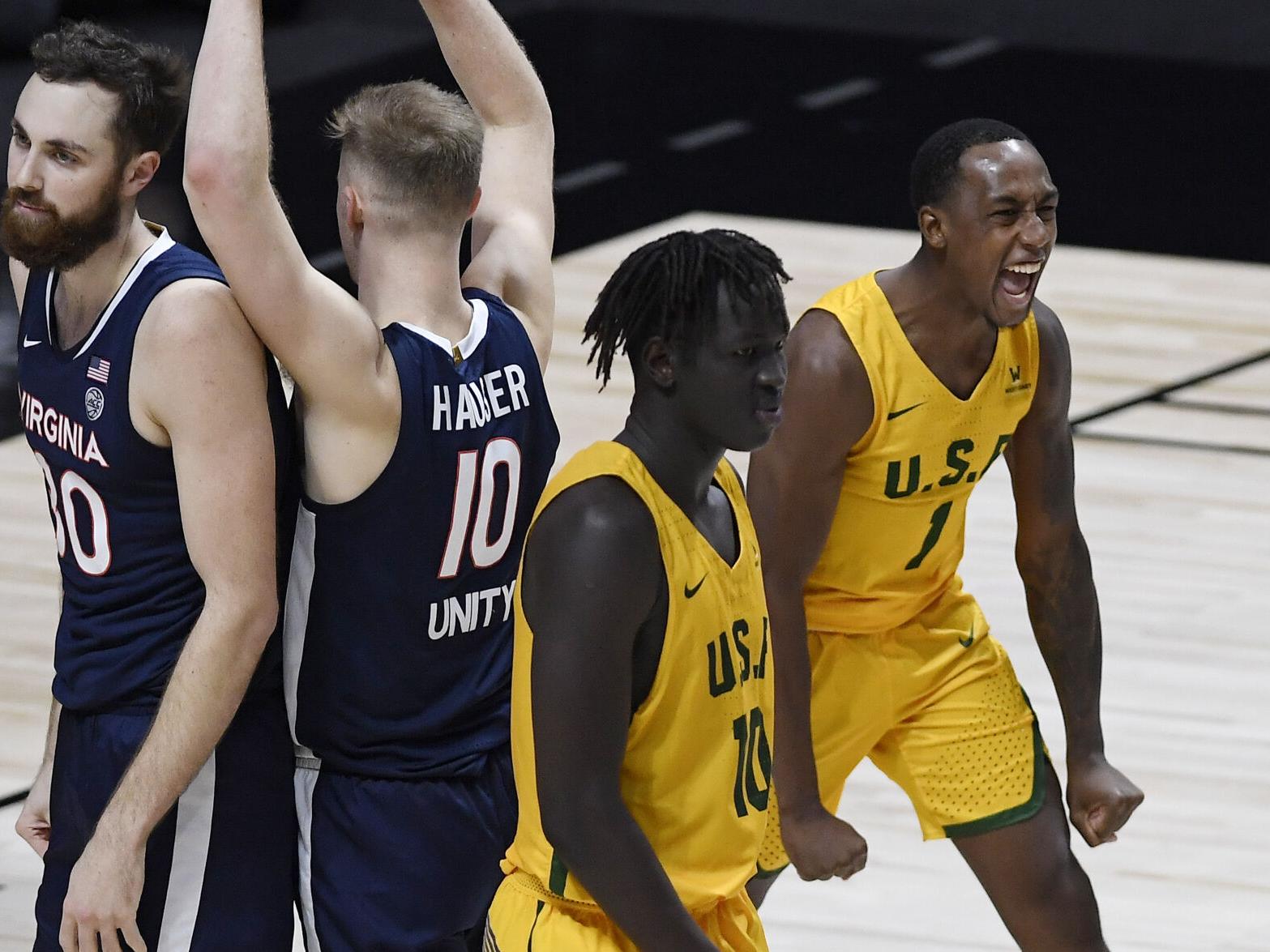 Less than a week into the season and the San Francisco Dons pulled off a gigantic upset – over powerhouse and 2019 National Champions Virginia.

It’s not a matter of being surprised, but of how the San Francisco Dons did it. It’s a program that is rich in history, but in the past few decades, there hasn’t been much to hang their hat on. But on November 27, that all changed, as USF pulled off a win big enough to potentially change the direction of the program.

No, it wasn’t a Final Four win. It wasn’t even a postseason victory and is really about as far from tournament play as you can get. But a win three days into the 2020-21 college basketball season proved pivotal for the San Francisco Dons.

Not many people batted an eye at the halftime score – Virginia led 24 to 21. That’s almost been a constant in the Tony Bennett era. It’s a defensive team that often struggles on offense and needs both halves to run away with wins.

What was different in this game was that an experienced Cavaliers team wasn’t able to run away with a victory and at times looked young and unmotivated. This isn’t to question the three upperclassmen and two other returners in the starting lineup. They’re a great team and will most likely be in the thick of things come March. But on this day in November, it was San Francisco that wanted it more.

Dons Head Coach Todd Golden said he didn’t overthink the gameplan at all. “We kept it really simple,” said Golden. “We talked about ourselves a lot. We had to clean up some things rebounding wise that we had struggled with the first few days and defensively as well.”

How did his team respond? They were only outrebounded by four and held Virginia to just 60 points on 41 percent shooting from the field.

The Dons were defended well too, but Golden said postgame that he highlighted shooting the ball from deep as a way to counter UVA. It’s how UMBC beat the Cavs in the NCAA Tournament a few years back, and it’s how USF did it last week. The Dons made 13 threes to just three from the Cavs, proving pivotal down the stretch.

San Francisco hit two threes to tie the game at 48 and take the lead with a 51 to 48 advantage. A couple of buckets later and two more triples put the Dons up seven. Virginia crept back but could only muster up six points, as the San Francisco Dons held on for the 61 to 60 victory.

Golden, who is just 35 years young was beyond pleased with how his players responded to his coaching and fought hard against the number four team in the country.

“Coach Bennett, he’s one of the best, if not the best coach in the country. To see our guys be able to exude that level of confidence out on the court in a tight game, it just made me really proud.

The big win came just two days after a loss to UMass Lowell – perhaps an inferior team to the Dons. The UMass Lowell River Hawks have since lost two straight games by ten, one to Illinois State and another to the Big Ten’s Ohio State.

But regardless of why the Dons fell to the River Hawks, it’s the win over national powerhouse Virginia that will move the program forward.

San Francisco had two very respectable wins over Yale and UCLA last season – the inaugural year for Golden. But those types of wins are becoming more common as the playing field in college hoops evens out. This win against Virginia is the type that makes recruits look at the program a little bit more, especially when it’s led by one of the youngest coaches in college basketball, who already compiled a 24-14 overall record.

It’s been over four decades since the San Francisco Dons were a nationally recognized team. This win may have them on track to at least begin thinking of that relevance again.