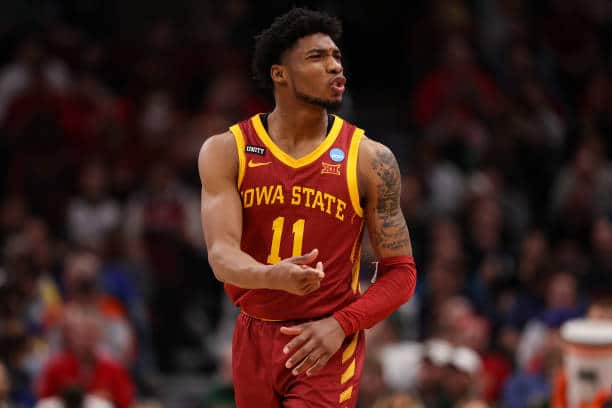 One month into the offseason and plenty of the top undecided transfers in college basketball have yet to commit to a new team.

After a season-ending injury crushed Green’s junior season, he bounced back in 2021-22 and averaged 18.8 points, all while attempting the least amount of field goals per game since his freshman season. Green can be a bucket getter at any level.

Another four years player that stuck it out with Saint Bonaventure, Lofton is looking for new waters at a bigger school. He’s a talented scorer but also controls the point. Lofton also plays tremendous defense, so his suitor will get a two-way player that can make a difference in the backcourt.

Smith excelled at Chattanooga, after originally starting his college basketball career at Wright State. Last season, Smith was the SoCon Player of the Year, averaging a touch under 20 points per game. Smith improved his outside shot to above a 40% clip but is best at breaking down smaller guards. He’s 6-4, 205 pounds, so can fit in great at any power conference team.

Ramey saw his best year in 2020-21 when he helped lead Texas to a 3 seed averaging over 12 points per game. But his numbers dipped last season, amidst a coaching change with Chris Beard stepping in. Now Ramey steps away from the program where he spent four years as a glue guy who can do a little bit of everything.

If you’re looking for a scorer, Mosley’s your guy. He tossed in a 40-point game on Loyola-Chicago, so if that doesn’t explain his bucket-getting talents, I don’t know what will.

Teddy Allen captured America’s hearts one way or another during his boisterous exiling of the UConn Huskies in the first round of the NCAA Tournament this March. Now, he’s off to his fourth school in five years and something tells me it’ll be at a power conference school to finish out his college basketball career.

Lofton rose onto the scene as a lovable, undersized yet massive power forward. All 6-7, 275 of him dominated the C-USA over the past two seasons and now he enters the portal as one of the most unique and coveted transfers in college basketball.

Mayer is a national champion, and arguably the heart and soul of Baylor basketball over the last four seasons. Now, he’s moving on for one final run in college basketball. Whoever gets him won’t have to worry about how hard-working he’ll be. That’s for sure.

The Big 12 Freshman of the Year leaves after his lone season with the Cyclones and is the most valuable transfer in this portal. Whoever gets him either has an NBA-ready guard that will put them on the map, or a household name set to dominate college basketball over the coming years. Count that team lucky.

The number one overall small forward in the class of 2021 is out at Memphis after one season. Times with the Tigers were rough for Bates, but don’t discount his abilities on the basketball court. Sometimes a fresh start is all you need.