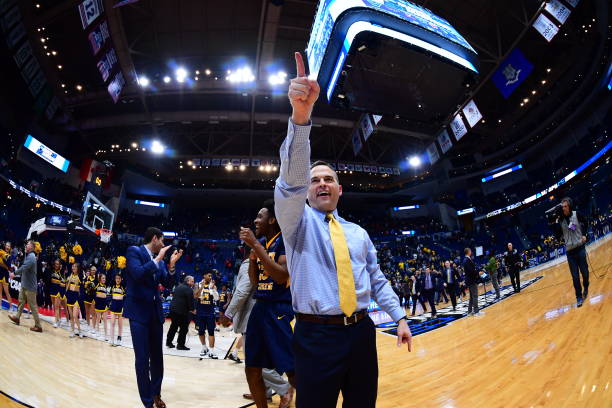 Mid-Major basketball coaches often get looked over, but for these guys, the spotlight is increasing.

Drew Valentine may have not even completed a full season yet but the early returns at Loyola-Chicago are promising. Stepping into Porter Moser’s shoes, Valentine is the youngest Division-I coach in the nation but has already helped build two legendary Rambler teams. Despite losing center Cameron Krutwig, Loyola has a 14-3 record and only one loss in the conference. Look for the young rising star to stay in Chicago long enough to give Sister Jean a few more Big Dances.

Coach McMahon has built one of the most consistent and dangerous squads in mid-major basketball. Providing the NBA with three Racers in just six years as head coach, notably Ja Morant, McMahon has found hidden gem talents, developed no-stars into All-Stars, taken teams to the Big Dance, and received multiple pay raises up to half a million per year. While McMahon is deeply entwined into the Murray State community, it may be time for him to make a jump to a Power Six team.

San Francisco coach Todd Golden is only in his third season as head coach for the Dons, but they have improved markedly in that time. The WCC has always been Gonzaga’s conference but Golden deserves much credit for the league becoming deeper in recent years.

This year’s team, led by 5th year senior Jamaree Bouyea, has started strong with a 16-4 record. All four of the team’s losses have come to teams that were March Madness participants last year, and the Dons will look to join them this year. While an automatic bid may be unlikely, the 36-year-old Golden could very well lead San Francisco to an at-large bid to the Big Dance, while boosting his stock in the process.

Similar to 2019’s San Diego State team, 2021-22 Colorado State has started red-hot going into conference play. With their one loss coincidentally coming against the Aztecs, the Rams are 19th in Offensive Efficiency by Kenpom and have more depth than any Mountain West team has had in years.

The 48-year-old Medved may not be the youngest coach on the market, but the former Drake and Furman coach has the talent and experience to coach just as well at a Power Six school as he has at his last three mid-major basketball programs. Every school he has coached at has played in a postseason tournament during his tenure. It’s time for a Power Six school to make it four.