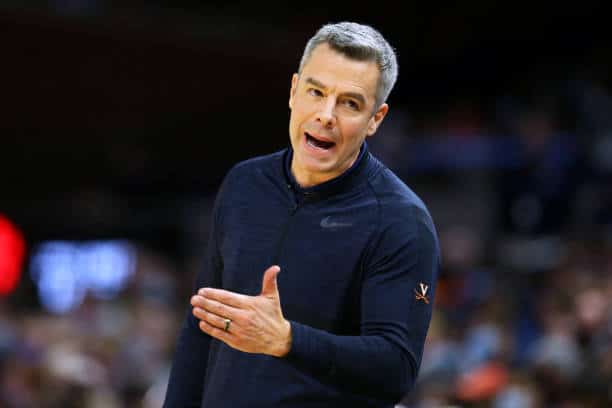 Virginia maneuvered through the tough Syracuse zone for 74 points in a five-point road victory.

Despite offensive struggles all season, Virginia had a steady attack on the Orange defense all game, producing its second highest point total of the season in the 74-69 win.

Kihei Clark and Armaan Franklin paced the Cavaliers offensively, each scoring 17 in the contest. The Virginia frontcourt of Kadin Shedrick and Jayden Gardner dropped 12 and 15, respectively, with Shedrick adding 11 boards in his second double-double of the year.

The Boeheim brothers did all they could to protect their home floor, playing a combined 78 minutes. Jimmy Boeheim notched 18 points and collected nine boards, while Buddy picked up where he left off last year against Virginia in the ACC Tournament, scoring 27 with five triples tonight.

Takeaway #1: Kihei Clark is the front runner for ACC DPOY

Aside from being Virginia’s lead scorer, Clark played exceptionally well on the defensive end of the ball. Clark, who has been haunted by Joe Girard III in the past, played smothering defense in the contest, holding Syracuse’s point guard to just three points.

A defensive play that stood out came in the second half while the Orange were narrowing the Virginia basketball advantage. The ball was swung to Girard in the corner, who pump faked and caused Clark to fly by out of bounds. With just a few ticks left on the shot clock, Girard let go a three, but was blocked by Clark from behind.

5-foot-9 Kihei Clark was awarded with just that one block, but very well could have had two more credited to him. He also had one steal, which was a crucial one to tie the game at 35 just out of the half. He seemed to be all over the floor today, thwarting any attempt of coming back by Syracuse.

Takeaway #2: Syracuse’s starting five cannot do it all

Jim Boeheim went to his bench for a combined 31 minutes of the game, with all five starters racking up at least 30 minutes each. Virginia basketball’s defense got used to the flow of the game with the same five players on the floor, and aside from some tremendous plays by the Boeheim brothers and some lapses on the boards, were locking down any form of half-court offense Syracuse threw at them.

The Orange shot just 36.7% from the floor, which is no recipe for success, especially against one of the best defensive systems in the country. If Cuse had not gotten to the line 23 times, this game could have looked a lot different due to their poor shooting, and a lot of credit for those numbers can go to fatigue due to overuse.

Takeaway #3: Tony Bennett is starting to get a hang of his bench

A huge problem for Virginia all season has been their lack of depth from the bench. Virginia basketball has tried all sorts of combinations but cannot seem to get guys going at the right times, especially offensively and defensively simultaneously.

Virginia basketball now looks to Tuesday where they seek revenge over Clemson on the road.

Syracuse will look to bounce back on Wednesday when they travel to South Beach for a matchup with Miami.