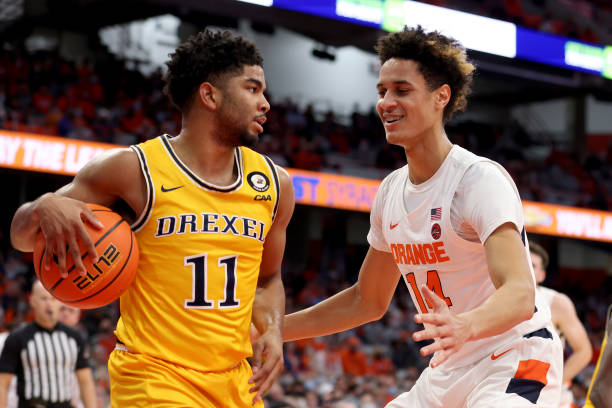 These ACC basketball players have gone past the pre-season expectations put on them.

To put things mildly, ACC basketball has started off on a rough patch. However, there are still plenty of players that have emerged from the shadows to produce at a high level. Let’s take a look at those who have pleasantly surprised the most:

After failing to receive even second-team preseason All-ACC accolades, Seabron began the first portion of the season as one of the conference’s leading scorers and rebounders. With 70 field goals around the rim, he leads the entire country, with the next coming in at a mere 50. Additionally, Seabron gets assisted on just about 25% of his baskets, meaning he creates for himself.

After playing limited minutes at Oklahoma, Williams exploded onto the scene when given the opportunity at Wake. He is an incredibly well-rounded guard who averages 19.8 points per game and leads the ACC with 9.48 Shot Quality passing points created per game. Williams also posted a triple-double this year.

Most of us expected it to be the Isaiah Wong show but McGusty has actually been the most productive Hurricane by a significant margin. Perhaps, the opportunity to play more off-ball has been key to this development. McGusty has reached 14 points on all but two occasions this season.

Edwards has not been one of the alpha scorers for the Orange but he’s one of the most efficient interior players in ACC basketball. He is second in the conference in true shooting percentage and in the top five in free throw rate. Edwards also provides length on the defensive end, which Syracuse as a unit somewhat lacks.

There’s a saying that goes something like “every single D1 team has a leading scorer.” Hugley is simply the leader for a bad Pitt team but the fact that he produces at such a high rate when he’s virtually the only weapon is impressive. Hugley barely played last year and is averaging 15.9 points and 8.0 rebounds this season.

Williams is an absolute menace in the interior on both sides of the court. He leads the ACC in Shot Quality’s expected points per possession with 1.21. He also has the size and strength to shut down anybody in the post. He is certainly a candidate for the ACC’s defensive player of the year.

Davis has been perhaps the biggest beneficiary of the coaching change and more spacing concepts. He has improved from a 32% three-point shooter to over 45%, with the ability to still put the ball on the deck. Davis has put up over 20 points on two occasions this season.

For a player that struggled mightily at Virginia, Morsell has shown much more flash in Raleigh. He has knocked down 12 three-pointers, which is already higher than last year’s total. More importantly, Morsell is driving to the rim with confidence and drawing contact.

Shedrick’s post-game is shaky and he doesn’t have much of an outside shot, but he has been one of the most impactful defensive players in ACC basketball. He has the fourth highest block rate in all of college basketball and moves very well for a big. If Shedrick avoids ticky-tack fouls and learns to finish offensive possessions, he could be a superstar.

The true freshman came in with high expectations but nobody expected him to be this good immediately. Wesley is a knock-down three-point shooter, who also distributes the ball very well. He could be the best rookie Mike Brey has had in quite some time.

One thought on “Ten ACC Basketball Players Who Have Surpassed Expectations”