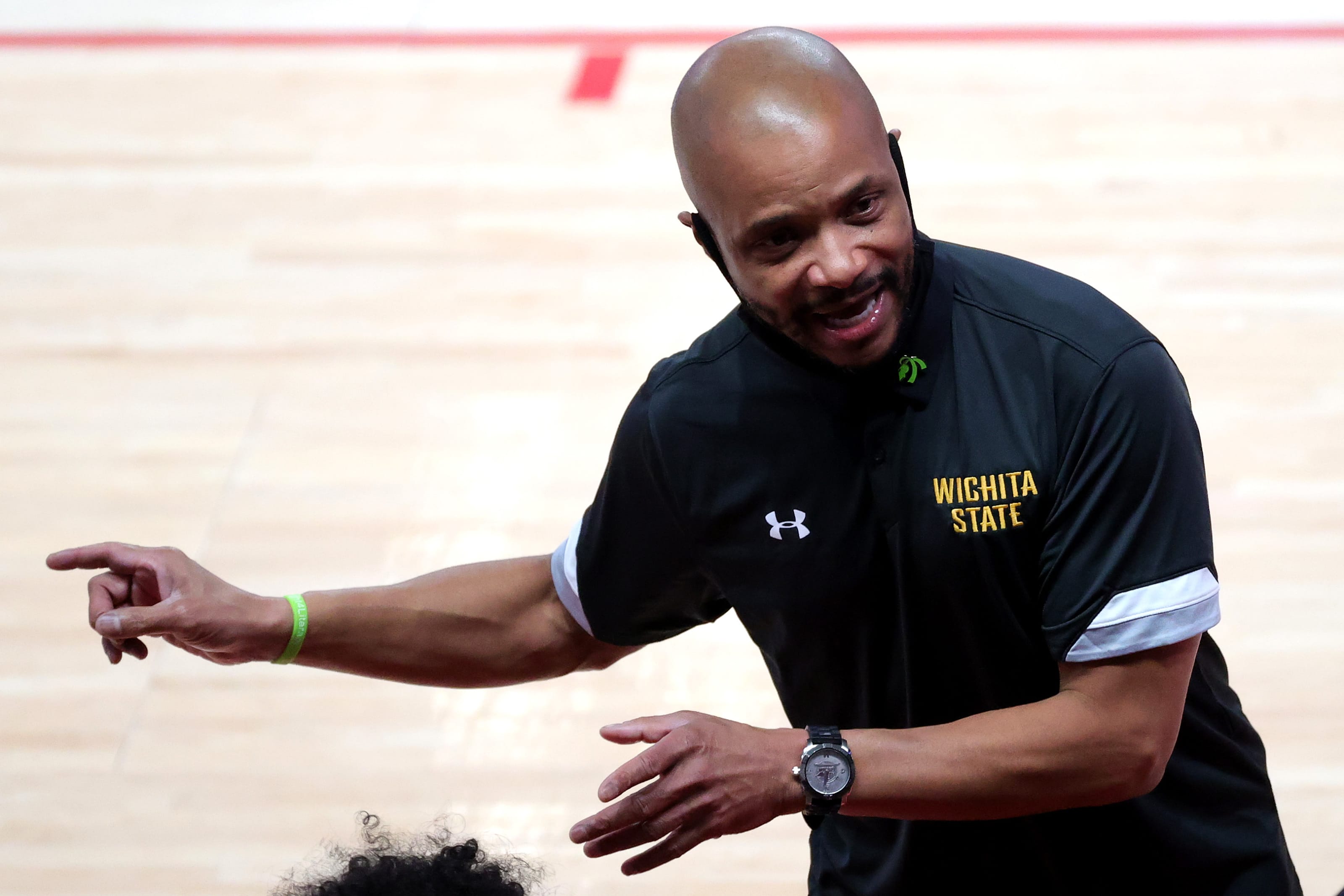 Winning the game 60-51, Wichita State basketball pulled out a win in Stillwater, Oklahoma. These two teams went to war in a game that was not exactly pretty to watch, with many turnovers and poor ball handling, with intense defense throughout.

Coach Mike Boynton came up with a great game plan that kept the ball out of Tyson Etienne’s hands. Etienne finished the day just 2-of-7 from the field and 1-of-4 from three.

With the loss of Cade Cunningham to the NBA, Oklahoma State basketball is still trying to find out who will be the guy, and it seems to be Avery Anderson. Anderson led the Cowboys in scoring with 17 points. Another former American Athletic Conference player on another power conference team in Moussa Cisse has some experience against Wichita State basketball, but it was not enough in this matchup.

These teams need to make free throws if they want to have success. Wichita State went 6-of-11 from the charity stripe for a 54.5% shooting percentage. Meanwhile, Oklahoma State shot 9-of-19 for 47.4%. The Shockers have struggled from the free-throw line. Those are both tough numbers and won’t carry a team too far. Practice your free throws, kids!

This is both a positive and negative for Wichita State basketball. Ricky Council has grown up in a year as he led the Shockers with 17 points, hitting all three of his threes and going 7-of-11 from the field.

Clarence “Monzy” Jackson is an evident spark for this team, especially when teamed up with Council. Monzy added 10 points, going 3-of-4 from the field, 1-of-2 from beyond the arc, 3-of-4 from the charity stripe, and added four rebounds.

While Craig Porter struggled to score, he led the team with eight rebounds, handed out four assists, and forced three steals. Porter has been quietly contributing in significant ways that do not always show up on the stat sheets or make him stand out. Kenny Pohto remains a huge asset for this team as he nailed a big three-pointer to help this team when needed. Pohto went 2-of-3 from the field and 1-of-2 from three-point range.

While this game was not the prettiest, Coach Isaac Brown shows he deserves the job as Wichita State basketball head coach. These close games are helping this team grow, and Brown is making the adjustments at crucial times.

Early in the first half, a significant adjustment was seen when the Shockers played a zone that allowed them to take the lead and come back into the game after falling down by ten points. Coach Brown also put together some out-of-the-timeout plays that gave Wichita State basketball great open or isolated looks. He has some influence from his predecessor that shows up in the defense and rebounding. He’s now 21-7 as interim and head coach with an even brighter future ahead of him.