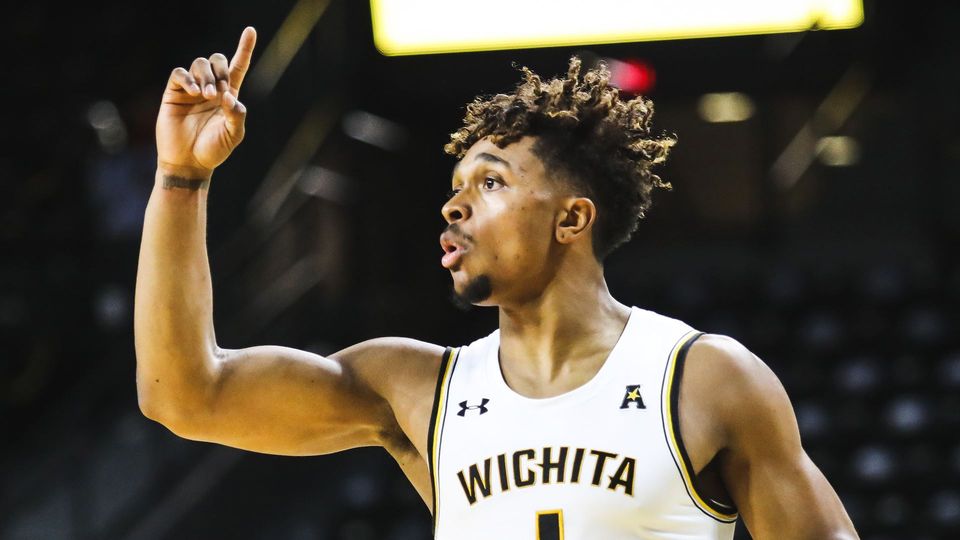 The American Athletic Conference has another full slate of games.

The American Athletic Conference had another big week for games. The AAC saw some solid competition, while others refined their games to prepare for the conference schedule.

Cincinnati basketball scraped by against Miami (OH) to move to 6-1 with the 59-58 win. Coach Wes Miller is getting wins that aren’t the prettiest, and this game was frustrating. The Bearcats went an abysmal 2-of-1o from the free-throw line in the closing minutes that would have sealed the game. Cincinnati basketball could do things right by outrebounding the Redhawks in the offensive boards 22 to 11. The Bearcats also took 33 three-pointers while only making nine for 27.3%.

We push to 7-2 behind a big scoring night from the guards. DeJulius, Saunders Jr., and Adams-Woods each finish in double figures.

Lakhin nails down his first double-double with 13 & 11––career highs in both categories. pic.twitter.com/3IVzCFhkgM

The Bearcats moved to 7-2 with a 73-58 win over Bryant. The Bulldogs struggled from beyond the arc, going 5-of-28, while Cincinnati basketball was efficient in the paint and only took 13 3-pointers making five of them. Bryant could grab three more offensive rebounds, but this Cincinnati team continues to roll. Saunders bounced back and continued to show his quickness and talent. Cincinnati basketball will travel to Xavier Saturday, December 11 at 7:30 p.m. CST.

ECU basketball had two games this week. The first matchup was taking on a familiar foe in Old Dominion that the team easily defeated in the first matchup. This matchup was very different as the Pirates won 63-62 on a game where they shot light-outs from 3-point range. ECU basketball went 15-of-27 from beyond the arc but was not aggressive in the paint on the offensive end, only getting to the free-throw line eight times to Old Dominions 19 times.

The next matchup was against Gardner-Webb, where the Pirates won 62-52 to become 7-2 on the season. This team is currently ranked third in the American Athletic Conference. ECU basketball struggled to shoot from a distance, so the team was aggressive, getting to the free-throw line 18 times and making 14 shots. Pirates are shooting 71.3% from the charity stripe. ECU basketball will host North Carolina A&T on Tuesday, December 7, at 6 p.m. CST.

Houston basketball had two very easy matchups for them this week. The Cougars took down Northeastern State 99-58 to advance to 6-1. Tramon Mark continues to develop and get better after the injury, scoring in double digits, as well as Taze Moore, the CSU Bakersfield transfer. The depth of this Cougar team could cause many issues when the team is playing well. Houston basketball dominated the game with great rebounding, selfless basketball, and intense defense.

Bryant basketball came to Houston for a first-class whooping. The Cougars put up 111-44 for the team’s seventh win. When this team plays another 20 plus assist game selflessly, Houston basketball shows why it is ranked in the national poll. Tramon Mark made his mark on this game as he seems to be back to total health officially. Mark put up 22 points, added four rebounds, four assists, and two steals. Houston basketball will host the Alcorn State Braves on Monday, December 6 at 7 p.m CST before its tough matchup against 16th ranked Alabama on Saturday, December 11  at 9 p.m. CST.

Memphis basketball had two difficult matchups for this week. The Tigers took on the Georgia Bulldogs and fell much like in their last meeting, 82-78. Memphis did everything right, but the youth of the team showed. The Bulldogs took advantage of the two talented freshmen and DeAndre Williams, causing them to foul four or fives times for 14 total fouls among these three players. Georgia basketball got to the line 35 times which is 18 times than the Tigers. Memphis basketball outplayed the team in every aspect, causing more turnovers, blocks, assists, and, unfortunately, fouls. This was the Tigers’ demise in this matchup.

SMU basketball had two home matchups giving the team an edge already. The first matchup was a win for the Mustangs as the team beat UNLV 83-64. The Mustangs could get to the line more, make their free throws, and shoot 45% from 3-point range even though the Rebels were able to get more second chances on the offensive end, grabbing nine rebounds to SMU basketball’s two. Tristan Clark is slowly coming on and earning more minutes.

Still thinking about our win over Vanderbilt? 💭🏀

Check out the highlights from the exciting 84-72 win ⬇️

The Mustangs got a big win over Vanderbilt moving to 7-3 with an 84-72 win. SMU basketball struggled to score from beyond the arc, making 9-of-30. However, its clever play inside the arc made up for it. The Mustangs shot 47.6% from the field and 63.6% within the arch. With Coach Tim Jankovich still trying to figure out the right lineup, his core remains the same in Kendric Davis, Emmanuel Bandoumel, and Zach Nutall. SMU basketball will host Dayton on Wednesday, December 8, at 7 p.m. CST.

Temple basketball had a couple of soft matchups this week. The Owls’ first-team squared up against was La Salle with a 73-57 victory. The Owls were able to play unselfishly, making sure to find players cutting and, of course, leaning on Khalif Battle and Damian Dunn’s gameplay. In a good victory, Temple basketball was outrebounded on the offensive end, allowing second-chance points to La Salle, and did not convert enough of its free-throw opportunities.

With Khalif Battle having a season-ending injury to his fifth metatarsal in his left foot against La Salle, Temple basketball beat Pennsylvania Quakers 81-72. Damian Dunn took over as the team’s leader putting up 27 points. Jeremiah Williams put up an excellent showing with 12 points, but the surprise was Jake Forrester, who put up 21 points, nine rebounds, one steal, and one block. Forrester likely earned a lot more playing time. Temple basketball will be on the road this week, heading to Vanderbilt on Wednesday, December 7, at 7 p.m. CST. The Owls will then head to Saint Joseph’s on Saturday, December 11 at noon.

All about that shooter's touch from @G0LDENJAY23.
We're rollin' through the late stage of the first half.#RollWave 🌊 pic.twitter.com/7ZyWzcqUES

The Green Wave was able to grab a win over Alcorn State 85-64. Coach Ron Hunter saw the team playing selfishly, and in this game, Tulane basketball switched and had 28 assists. Coach Hunter needs to have his team looking for rebounds and boxing out on the offensive end. Being outrebounded is a big issue for this team. The Green Wave won’t always play this effectively, and once it gets into AAC play, I am nervous that the team won’t have the same success giving up these second-chance opportunities. Tulane will host Charleston on Wednesday, December 7, at 7 p.m.

Tulsa basketball hit the road first, doing a semilocal game going against the other team in town, Oral Roberts. The Golden Hurrican lost 87-80. Tulsa had no answer to stop Max Abmas, even though Jeriah Horne tried. Abmas put up 38 while Horne finished the day with only 30. The Golden Hurricane allowed the Golden Eagles to get the charity stripe ten more times.

UCF basketball had one of the best matchups for the AAC this week, heading to 19th ranked Auburn. Auburn Tigers beat the Knights at home 85-68. UCF basketball did everything it could outside of shooting the ball well. The team struggled to score from everywhere outside of the charity stripe. Mahan and Green combined for 21 shots but only made four of them. A tough outing for the Knights, but a lot of good came out of the experience.

UCF basketball played Bethune-Cookman cruising to an easy 81-45 win. The Knights dominated in every aspect in this matchup. The only area where the Wildcats had success was getting more second-chance points on the offensive boards. UCF basketball looked solid in a matchup. They should win and win it handily. The team advances to 5-2 on the season. UCF basketball will host North Carolina A&T on Saturday, December 11, at 1 p.m. CST.

USF basketball has its first road game and falls to Boston College 64-49. The Bulls had some success with their rebounding but turned the ball over too much and put the Eagles on the free throw line too many times to have success. The Bulls’ slow gameplay kept it close, but only Caleb Murphy had success from the field. The team could not compete with four Boston College players putting up double digits.

Coming home, USF Bulls took on South Carolina State but could not win, losing 65-64 on a last-second three off of an offensive rebound. The Bulls struggled from 3-point range, with only Boggs and Patrick finding the hoop from a distance. USF basketball is working with ball movement as the team continues to have low assist numbers. The opportunities also aren’t falling when given a chance. USF basketball will have the week off.

Wichita State basketball went down to Stillwater and was able to take down the Cowboys at home. The Shockers won 60-51 over Oklahoma State. The Cowboys fell due to turnovers and missed opportunities. With this win, the Shockers moved to 6-1. 65.9

The Shockers fell in a heartbreaker game against Kansas State at the team’s kryptonite neutral site in Intrust Bank Arena. The Shockers fell 65-59. Wichita State basketball had one of its better free-throw shooting days. However, it struggled to make 3-pointers. The Shockers tried to isolate against the Wildcats but took too many off-balanced shots. Tyson Etienne, again, had a poor shooting day. Wichita State basketball allowed the Wildcats to get to the charity stripe five more times and turned the ball over seven more times. The Shockers continued to have transition errors and not complete breakaways. Coach Isaac Brown needs to get his team to let the game come to them and have the fast game come slow. Wichita State basketball will have almost a whole week to prepare and host Norfolk on Saturday, December 11, at 6 p.m. CST.

Looking ahead, the AAC has a couple of games that I am interested in keeping my eye on. Temple will take on Vanderbilt, and Tulsa takes on Loyola Marymount on Tuesday, SMU takes on Dayton on Wednesday, and Saturday, Cincinnati will take on Xavier. These are all great games that help boost the conference.