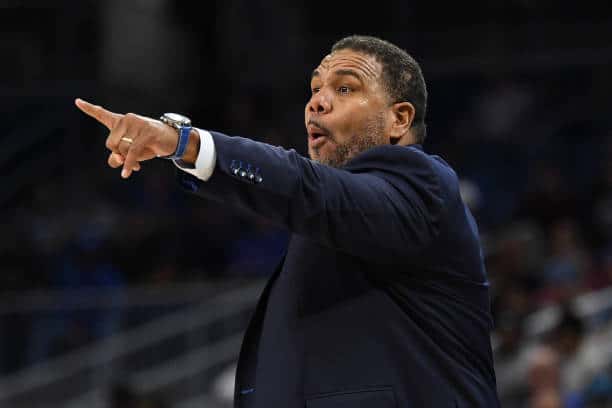 Providence Basketball escaped in the final minute against the Red Raiders.

Providence basketball played a defensive battle and made the shots they needed to. Texas Tech was in control nearing the end of the first half but Providence made a run to close out the half and into the second. A game that was filled with a lot of sloppy play was still one of the most dramatic games of the year.

The first half was dominated by Texas Tech until a late run by Providence which was helped by a spark from the Friars’ bench. Ed Croswell had the first half of his career shooting 4-of-4 for nine points along with four boards. The other bench points in the first half were by Justin Minaya who had five and was a key reason why the score at the half was them only being down just two. After the great first half, the bench was not able to keep things up in the second half.

Usually, when a team shoots 37% from the field and 30% from three it is classified as an off night and most likely a loss but when that same team attempts 38 shots from the charity stripe and makes 28 of them and the opposing team shoots 24 and makes 17 it doesn’t go that way. Al Durham had a great night from the free-throw line shooting 12-of-13 accounting for the majority of his 23 points. With the Red Raiders being in foul trouble the entire game it was a guarantee that Providence was going to get to the line often.

Texas Tech had a terrible shooting night, going just 7-of-23 from deep including a few heat checks from near the logo. The Providence defense certainly had a play in this, as that’s what Ed Cooley brands himself on. However, had Texas Tech made just a few better shots they could’ve won the game.