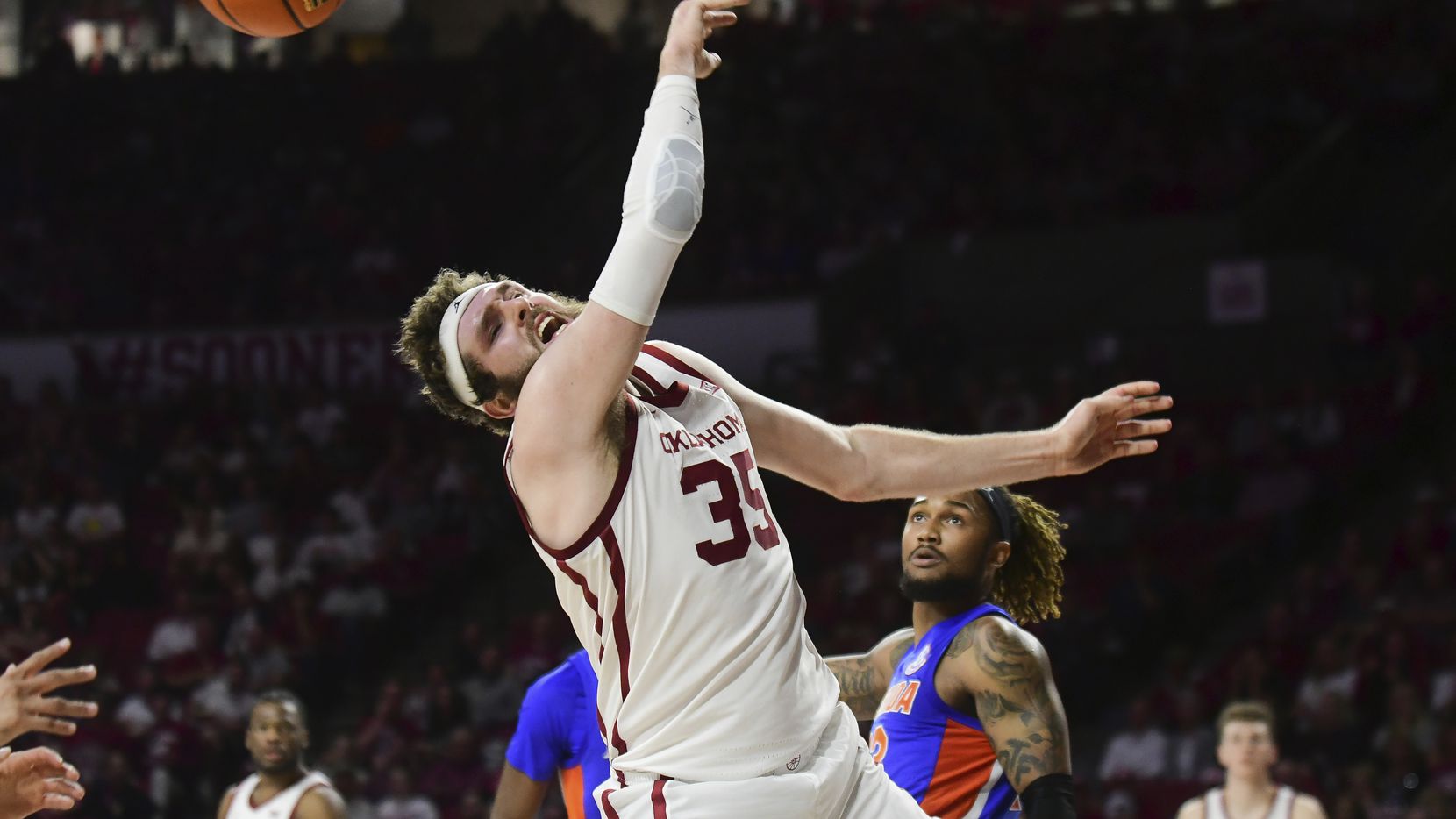 Oklahoma basketball knocked off Florida for a signature win.

Oklahoma took on a very strong Florida team at Lloyd Noble Center Wednesday night, and came out victorious, winning on the back (and beard) of a strong performance by EWU transfer Tanner Groves. The Sooners jumped out to a 14-4 lead within the first five minutes, but a Florida rally kept the matchup neck and neck until late in the second half when the Sooners went up nine with just over four minutes to go. However, Florida cut the lead to just two after a three by Tyree Appleby with 1:58 remaining. Oklahoma scored the last five points of the game and some stellar defensive play sealed the win for the Sooners.

Oklahoma set the tone early, jumping out to a 9-0 lead to begin the ballgame, with an and-1 by Tanner Groves putting an exclamation on the run. While Florida almost immediately came back to tie it, the start gave the Sooners some much-needed momentum in what was sure to be a tough, physical game. Oklahoma also went on an 11-2 run to go up by 9 with just over 5 minutes to play. These two runs bookmarked a quality win for the Sooners and helped provide cushion during the early and late stages of the game.

Takeaway #2: Nothing but upperclassmen for the Gators

While 13 Gators saw the court against Troy in Florida’s last game, only seven saw playing time against the Sooners Wednesday night. Mike White did not put out a single underclassman onto the court, with six seniors and junior CJ Felder being the only participants for Florida in a physical game that ended in a close loss. Both Myreon Jones and Anthony Duruji picked up 4 personal fouls. Colin Castleton continued his dominance down low, picking up 4 blocks to go with another double-double, in what would turn out to be a lone bright spot on the Gators’ box score.

Tanner Groves had another stellar performance Wednesday night, pouring in 20 of the Sooners’ 74 points, hitting 2-3 three-point attempts to go along with an 8-of-11 mark from the field. The Eastern Washington transfer has been a difference-maker for Oklahoma basketball, with no discernable drop-off in his stats as he transitions from the Big Sky to the Big 12. The Samson of the Sooner State will look to carry his team as an out-of-conference matchup with Arkansas looms ahead.

A highly-anticipated matchup between two quality veteran teams did not disappoint, and the two teams should be locks for the NCAA tournament. One could point to an unsightly 16.7 percent mark from behind the arc as the nail in the coffin for the Gators. Or to the 7 assists over 40 minutes of gameplay. Or Mike White refusing to take out Myreon Jones at all in a game in which he scored just 5 points.

While almost everyone besides Phlandrous Fleming and Collin Castleton are to blame for the loss, it’s actually a good sign that they can play so poorly and still only lose by seven to a very good Oklahoma basketball team. Florida’s next few games should give them time to regroup before SEC play.

For Oklahoma, this win could be a turning point for the Sooners. Butler and Arkansas are coming up next, and the Sooners have the mettle and talent to win both. With Tanner Grovers and Umoja Gibson leading the way, this is not a team that should be taken lightly by any non-conference or conference foe.