College Basketball: 5 Upsets To Look For in Week Three 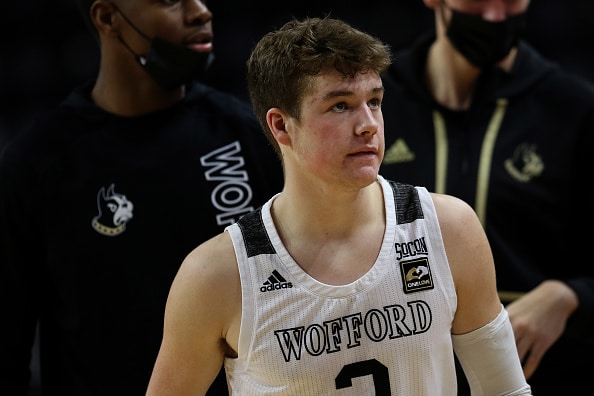 Feast week is one of the best times in college basketball, but these teams five teams might not be consuming a win.

It was a rough week for the five picks made for this column. I went a big, fat 0-5 on my picks, though three of those five picks came close. LSU defeated Liberty by 16 and Vanderbilt beat Winthrop by 14. However, Texas Southern and Southern Utah each held halftime leads on their Pac 12 opponents, with Southern Utah falling in overtime. UAB also only fell to South Carolina by three.

Alas, those results puts my overall record at 2-8 on the season. Such is life when trying to always find reasons to pick the underdogs in college basketball. Here’s to hoping that, like the family dog patiently waiting for scraps to fall from the Thanksgiving table, some good fortune will roll my way with these five teams this week.

The definition of insanity is doing the same thing and expecting different results. However, I am fully confident in continuing to pick against the Huskies. Truth be told, Washington’s visit to Sioux Falls, SD this week is full of tasty upset picks. They are playing in a tournament that also includes South Dakota State and Nevada. Furthermore, after nearly escaping my Texas Southern pick, they fell to Wyoming a few days later. It’s not a group that inspires confidence.

George Mason is coming off a week in which it took down previously 20th ranked Maryland. Perhaps there was a bit of a letdown with a loss to James Madison a few days later, but the Patriots still look the part of dangerous. D’Shawn Schwartz and DeVon Cooper have been a deadly duo in the backcourt thus far. Meanwhile, Josh Oduro and Davonte Gaines have been combining for 28.6 points and 14.2 rebounds per game. This will be the best team Washington has faced when these teams square off, and they’ve already lost to two lesser opponents. Take the Patriots.

Okay, so maybe this is insanity. Or, maybe it’s my revenge tour. I also missed on the Gamecocks last week, but I’m taking another shot at them again. UAB came close, and if they had shot the ball a little more to what they are capable of, they would have pulled off the upset. South Carolina continues to rely heavily on its starters, with just one consistent bench guy in Devin Carter. That lack of depth almost cost them last week.

Wofford, meanwhile, has two potential targets this week when you include their match-up with Georgia on November 28th. However, a win over an in-state rival feels like it would mean more. The Terriers fell just short against Clemson earlier this season, with the Tigers needing a late run with 30 seconds left just to earn the win. Max Klesmit is having a breakout sophomore campaign, while a nice rotation has formed in the paint between BJ Mack, Messiah Jones, and Sam Godwin. Wofford has the depth advantage, and that will be the difference in this one.

Michigan State looks like a team that will be the force we’re used to seeing under Tom Izzo. The Spartans held tough with Kansas, but have blown out everybody else, including a solid Butler squad. They are playing nine deep right now, which will serve them well in the Big Ten. However, their Achilles’ heel early on has been their three-point shooting, with a rate of just 28.8 percent on the season.

Their counterparts from Chicago haven’t missed a beat under new coach Drew Valentine. The Ramblers have been rolling through their opponents thus far, and are once again one of the best mid-majors in the country. This game against Michigan State will be a big test, but one they won’t be afraid of. The Ramblers have been led by Princeton transfer Ryan Schwieger early on, averaging 14.8 points per game. This will be a first round game in the Battle 4 Atlantis, which will give Loyola plenty more opportunities as well. However, this one should be great.

Alabama hasn’t wasted any time out of the gate this season. Three of their four games have been decided by at least 16 points this season. The Crimson Tide did need to escape South Alabama last week, only winning by five. The Jaguars actually outrebounded the Tide by two and held them to just 25.9 percent from deep. Three-point shooting propelled this group last season, and they are already making close to 11 treys a game this season.

Meanwhile, Iona has gotten off to their own impressive start. The Gaels are 5-0 and have played a decent schedule full of solid mid-majors. This will be Iona’s first huge test, and a rematch of their NCAA Tournament game from last season. Rick Pitino’s group has allowed opponents to shoot just 23.4 percent from deep, setting them up well for this game. Iona actually hung tough with the Crimson Tide for awhile when these two teams played eight months ago, and I expect the same here. Keep an eye on how Nelly Junior Joseph and Dylan Van Eyck match up against Charles Bediako.

Georgia Tech dropped a headscratcher to Miami of Ohio on opening night, but have ripped off three wins since. That includes a victory over rival Georgia over the weekend. The Yellow Jackets are the Michael Devoe show, with the senior averaging 22.8 points, 5.8 rebounds, and 5.0 assists per game on the young season. The problem is when it only falls on Devoe’s shoulders. He’s a great player, but he can’t do it all.

Georgia Southern is a much more balanced group coming into this one. The Eagles have eight guys averaging at least seven points per game, led by Andrei Savrasov with 13.8 points per game. Georgia Southern is one of the best shooting teams in the country out of the gate while also defending opponents’ shots at a rate just inside the top 40. The combination of depth and shooting ability make the Eagles a sneaky college basketball upset pick this week.

One thought on “College Basketball: 5 Upsets To Look For in Week Three”