Arizona Basketball Gets Resounding Win Over No. 4Michigan: Three Takeaways 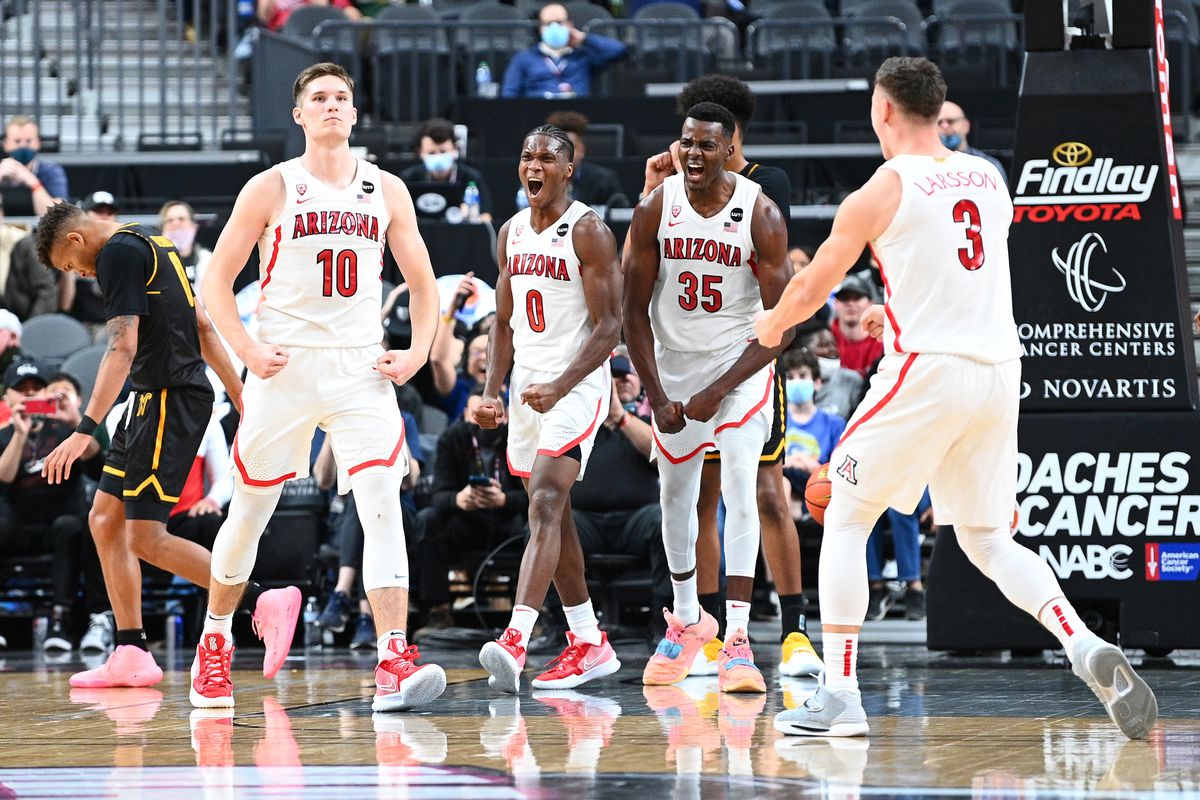 Arizona basketball dominated the Wolverines in their 18 point victory that was not as close as the score suggests.

The Wildcats came out with speed and intensity on defense, and they pressed the Wolverines all game. Arizona basketball held Michigan to just 39 percent from the field. Michigan was unable to get clean looks outside, going just 1-14 from 3, and turning the ball over 14 times.

Arizona basketball also shut down pre-season All-American Hunter Dickinson from the jump. Wildcats’ big man Christian Koloko and Dickinson battled down low all night, a battle which Koloko won most of the time. Dalen Terry was also a force on defense all night and played with so much intensity that it threw Michigan off of their game. Arizona basketball will be a force this season if they continue to play defense like this.

Showtime 🍿@DalenTerry with the exclamation point

Nobody had more energy in this game than Terry. While his line of 13/5/5 was very good, he also brought an extra level when it came to intensity. He played smothering defense and pulled down rebounds by sheer will. Terry’s hard play was a punch to the mouth that opened up the game for the rest of the offense.

Terry was also able to stay out of foul trouble despite his strong play. Dalen Terry plays above his size and is not afraid to shoot when needed. He is the lone starter from the Wildcats team last season and it is easy to see why Lloyd kept him in the starting role.

In both the Seton hall game and tonight, Michigan could not respond to adversity. A pre-season top five team should have players who can hit a big shot when needed and when the pressure is the greatest, but the Wolverines have not found that player so far. Hunter Dickinson is one of the best players in the country, but he cannot do it all on his own.

Michigan’s senior guards need to be leaders. Eli Brooks is a 5th year senior that has played in big games in his collegiate career. He needs to step up and be the one who can hit a big shot when Michigan needs it to be the team’s vocal leader. Senior transfer Devante’ Jones has also been quiet so far this year despite his averaging 16.5 points per game in his three seasons at Coastal Carolina. With guards of this caliber, going 1-14 from 3 is unacceptable. Michigan will need big contributions from their guards going forward this season if they want to be the team everyone expected them to be.