Champions Classic: No. 9 Duke Basketball Pushes Past No. 10 Kentucky – 3 takeaways 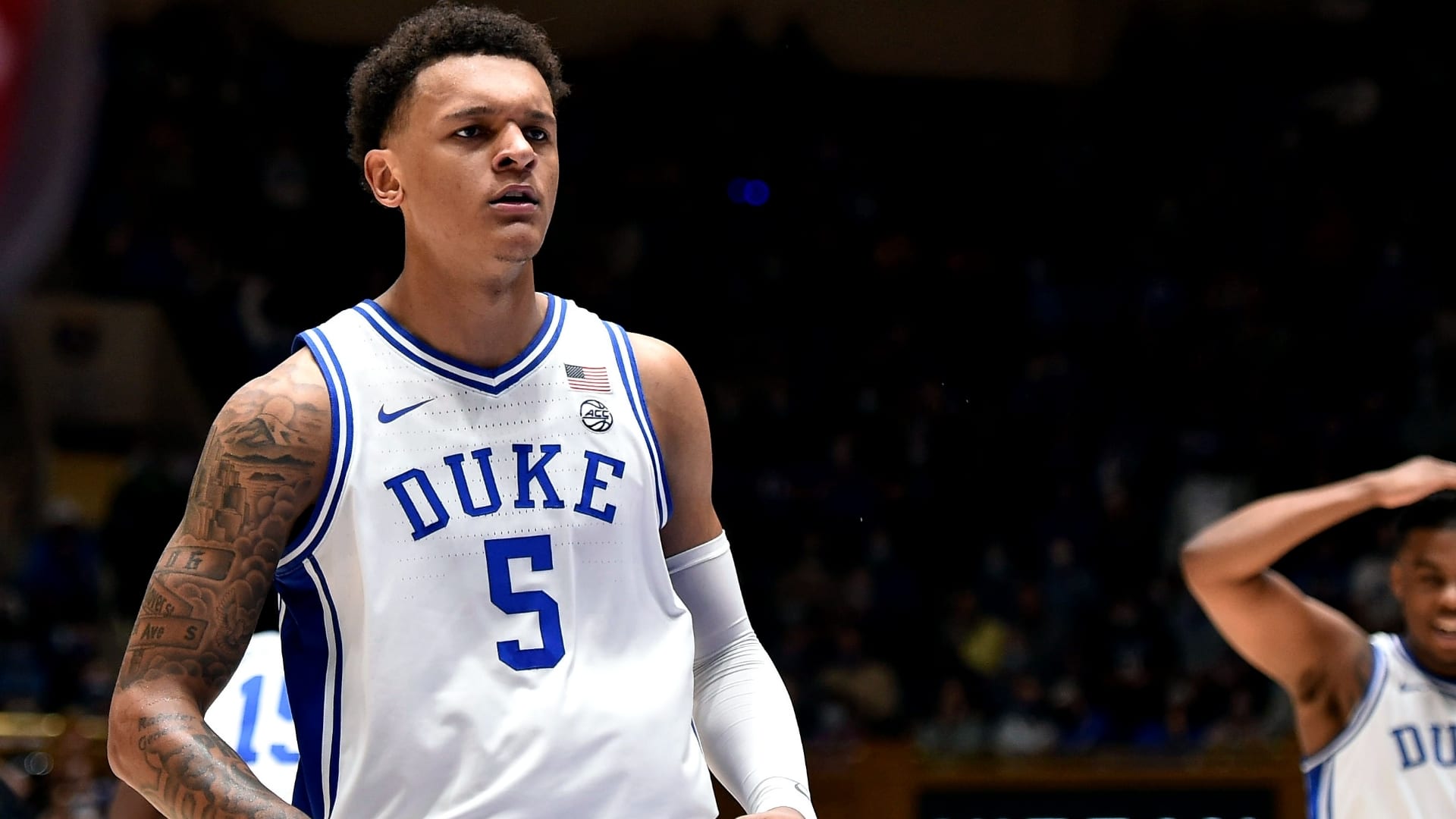 Paolo Banchero and Trevor Keels shined as Duke basketball rolled over Kentucky in game two of the Champions Classic.

On what was supposed to be Coach K’s night, in what will be his last ever game inside Madison Square Garden, Duke basketball freshmen Paolo Banchero and Trevor Keels stole the show. The two combined for 47 points on 17-of-29 shooting and just 3 turnovers.

Kentucky struggled to make a late run and try and turn the game in the Wildcats’ direction. However, UK clearly has the talent to be a contender this season. But on Tuesday, it was all Duke.

You aren’t always 100% positive about freshmen after a first game, but with Banchero, there’s no room for doubt. He looked like a whole level above everyone else – and that’s including multiple other 5-star recruits and returners that are great players in their own rights.

Banchero finished the game with 22 points on 7-of-11 shooting, 7 rebounds and 2 steals. He only committed one turnover, showing how much he values the ball.

Now, I’m not ready to liken Banchero to an Anthony Davis or Carmelo Anthony just that. He’ll need a few more of these games to start talking about putting him in that realm. But as far as freshmen who delivered on the first Tuesday of college basketball, Banchero did so in the biggest way.

TyTy Washington and Sahvir Wheeler are two incredibly gifted guards. They were the quickest players on the court last night and when used in the right ways can be extremely effective in transition and beating slower teams down the court in the halfcourt offense.

However, at times it was a bit too much. Wheeler had seven turnovers, which was often the result of careless dribbles and bursts of speed where he was unable to have good ball security.

Washington didn’t commit any turnovers, but shot selection was an issue at times. To be fair, Washington did have to hoist up some last-second heaves to beat the shot clock, but other times he forced the issue early in Kentucky’s offensive sets. He’ll learn and opening up against this big Duke basketball team isn’t easy for a small guard who wants to get inside.

Coming into this game I was wary of the Duke basketball backcourt. An unproven Jeremy Roach and a freshman in Trevor Keels didn’t excite me. I was blown away by Keel’s performance.

Keels looks to have the knack of a bucket getter. It didn’t matter what spot on the court he had the ball on – Keels was ready to get points.

Roach also rebounded well, coming away with seven boards. I’m still not high on him just yet, but one game never solves anything and his 3-of-8 shooting night was obviously efficient enough. For now, my worries about the Blue Devils’ backcourt are halted.

2 thoughts on “Champions Classic: No. 9 Duke Basketball Pushes Past No. 10 Kentucky – 3 takeaways”