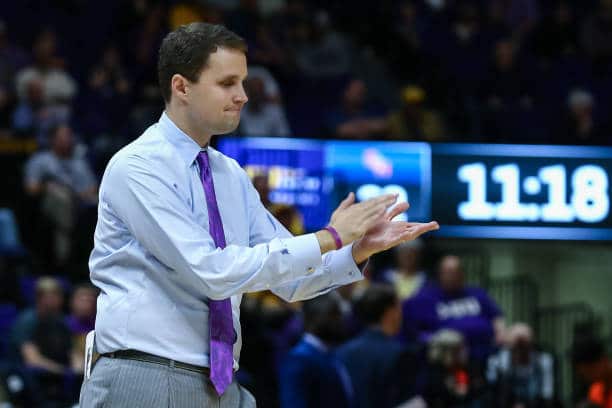 SEC basketball has a lot of teams with unsettled identities through the first few weeks.

Mike White has finally put together a complete team. Colin Castleton has averaged a double-double through 6 games, along with almost three blocks a game. He’s a force down low and pairs well with transfers Myreon Jones and Phlandrous Fleming Jr. The top six leading scorers for the Gators are all seniors, with five averaging double digits.

Handily defeating in-state rival Florida State and using Tyree Appleby’s heroics to beat Ohio State serve as quality wins to kick off the season. If they can knock of Oklahoma on December 1, the Gators have a good chance of being undefeated going into SEC basketball play. This is a veteran team that no one should want to play against in March, despite White’s previous postseason struggles.

Before I buy all the Kentucky stock I can find, I will say this isn’t the best Kentucky team in recent history. It’s not one of the classic early 2010s Calipari squads that roll through SEC play near-undefeated. But it’s such an improvement from last year’s team that I’m certain a matchup between the two would emerge with this year’s squad up by 40 at the end of regulation.

The best part is that this team is still improving. The close loss to Duke looks a lot better after the Blue Devils beat Gonzaga, and the Wildcats have taken care of business against everyone else they’ve played. Look for TyTy Washington to get a better grasp on the offense while Oscar Tshiebwe continues to grab almost every rebound that comes his way.

LSU is for real. They’ve certainly passed the eye test, and the advanced metrics back it up. The Tigers rank 17th in adjusted defensive efficiency according to KenPom. Tari Easton and Efton Reid are both averaging over a block a game. Forward Darius Days has stepped up this year, averaging almost 17 points through 7 games. The loss of Javonte Smart, Cam Thomas, and Trendon Watford seemed like an almost impossible task to replace, but Will Wade’s team has looked the part. Whether legally or not, Wade is building a perennial contender in the SEC.

Eric Musselman very well may make Arkansas’s inclusion on this section look foolish, but I’m not entirely sold on the squad so far. Yes, they’re undefeated. Yes, they’ve had high preseason expectations. But have they looked dominant? Not by a long shot. While they haven’t played a ranked opponent, they’ve played bad teams close. A six-point win over a Cincinnati team that just lost to Monmouth doesn’t inspire confidence. This team has all the pieces. It’s time they put them all together. That starts with giving Connor Vanover more minutes and getting more offensive depth.

South Carolina has not looked at all impressive this season. They’ve started 5-1 but close games and a stagnant offense has been a continuation of the past few years of Frank Martin’s tenure. UAB and Wofford are quality wins, there’s no denying that. But without Erik Stevenson’s red-hot shooting, it’s worth questioning if they win either of those games. Add in a seven-point win over Rider and a loss to Princeton?

It feels like the same out-of-conference struggles as usual for the Gamecocks, but a win in an early December matchup with Florida State could turn this prediction on its head. The addition of Keyshawn Bryant should also help energize the offense. While I don’t think South Carolina’s current play is enough to threaten a tournament bid, Frank Martin’s squad could very well prove me wrong.

I really like what Buzz Williams is building in College Station. But this year’s team has some fatal flaws it needs to fix if it wants to be competitive in conference play. The Aggies are ranked 222nd in scoring offense nationally, behind UTEP and South Carolina State. Despite the 6-1 record, they needed a buzzer-beater to take out Abeline Christian and have won half their games by single digits. Improving on a 66 percent mark from the charity stripe is a must, as is finding another double-digit scorer besides Quenton Jackson.