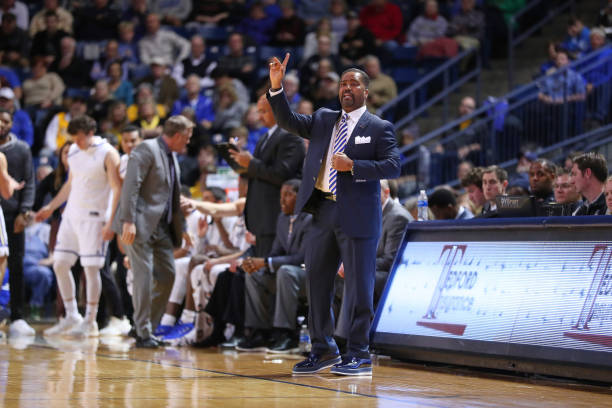 Tulsa basketball looks to bounce back after a rough season in 2020.

After finishing the previous season tied for first, Tulsa basketball struggled to win in 2020. The Golden Hurricane hope to bounce back after finishing 11-12 on the season and 7-9 in the American Athletic Conference.

They’ll have a lot to overcome, with the losses of Brandon Rachal to graduation and Elijah Joiner to the transfer portal. Those two were the leading scorers for Tulsa basketball last season. Rachal was also the leading rebounder, thief, and shot blocker on the team and played Summer League with the Brooklyn Nets. Joiner, who is taking his talents to Iona, led the team in assists.

Tulsa also lost numerous players to the portal and graduation, but head coach Frank Haith did a great job recruiting and brought in a lot of talent to replace these pieces.

Last night we honored our Senior Class. We are so happy for all they have achieved and the impact they have left on the university. Congratulations guys!

After leaving Tulsa in 2019, Jeriah Horne went to the Pac-12 and succeeded with Colorado. This expanded his game which will be a huge asset for Tulsa basketball this year. Already knowing the Tulsa way amidst the loss of Brandon Rachal, Horne will look to be a star.

Horne hopes to beat his top-10 finish in the Pac-12 in rebounds, true shooting percentage, three-point field goals, win shares, box plus/minus, and turnover percentage last year. Horne can be the spark that the Golden Hurricane is looking for and could need. His ability to be active on defense will be a crucial part of Tulsa basketball, as he will have some tough matchups in the AAC.  He hopes to add to his stat line and have a real shot at being an NBA prospect next year.

Darien Jackson is coming along right on time for coach Haith and Tulsa basketball. He is aggressive, ball hungry, and wants to win. Last year, he was a huge spark to the Golden Hurricanes, always lighting a fire and fighting for wins. He is the most experienced player in Haith’s system and will lead his team in every game. Jackson will need to create shots, force ball movement, and occasionally make things happen. Tulsa will lean hard on Jackson, and while he won’t explode on any pages, he likely is the best facilitator.

While a few players are coming back from last year’s Tulsa basketball team, there are many new faces, and having them develop will be a huge part. Coach Haith produces great players in his recruiting and puts pressure on coal pieces to find diamonds.

This team focused on guards but will be a little short in the forward/wing position. The guys coming off the bench will need to find ways to score with their size.

The pace of play will be similar to that of SMU, relying heavily on guard play and hoping the wings will win their matchups and shoot the deep ball.

This analytic is pretty impressive for Tulsa as it is in the top 50 teams in second-chance conversion percentage. This percentage is the total number of missed field goals divided by the field goal conversions that occur five seconds or less after an offensive rebound. They have a 6.42 percent, which is behind only two other AAC teams in Memphis’s 7.16 and UCF’s 7.07 last year. This is a big stat for the AAC, meaning that when facing Tulsa basketball, the opponent needs to hustle back into position or very quickly get in the way of players on breakaways.

Tulsa basketball appears to be reloading, with many guys needing to learn the system and find their roles. The Golden Hurricanes are likely starting like a tropical storm and have a chance to put together a strong resume to make a run for the NCAA tournament.