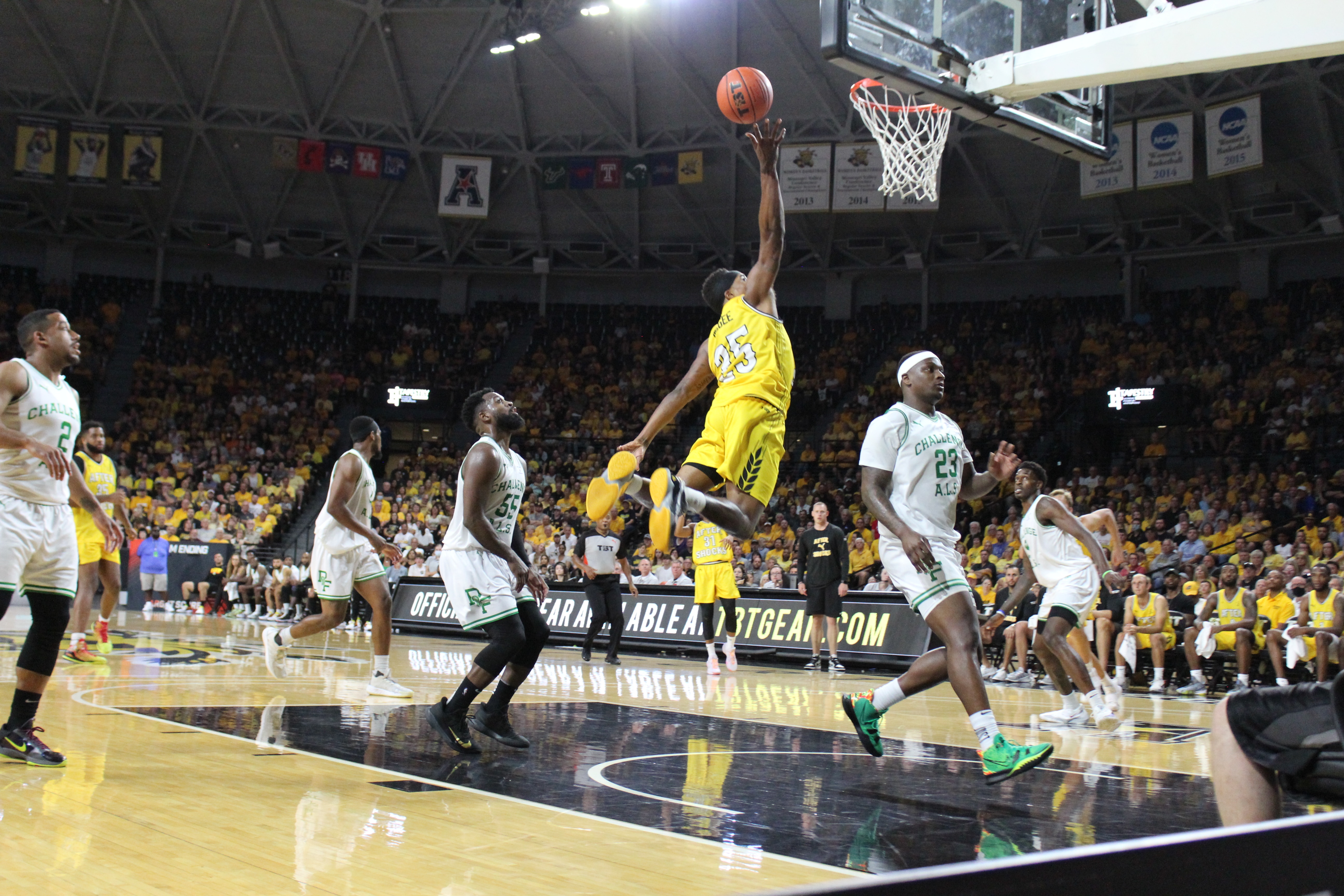 A Heart Attack Ending in The Basketball Tournament in the Wichita Regional.

A shocking ending in The Basketball Tournament game between Eberlein Drive and Florida TNT, as Florida TNT stole a win. Florida TNT won 74-67, as the Drive could not score outside of a free-throw attempt in the Elam Ending. Chris Warren’s 15 points led Florida TNT (10 points in the second half). Warren also had 1 rebound and 2 assists. He had a lot of help from Kenny Boynton (14 points), Keith Clanton (14 points), and Brandon Robinson (13 points). Boynton had the best stat line with 3 rebounds, 1 assist, and 4 steals. Clanton followed closely with 3 rebounds, 1 assist, and 1 steal. Meanwhile, Robinson added a rebound and an assist.

Kenny Boynton is starting to HEAT UP 🔥

For Eberlein Drive, Archie Goodwin led the way with 18 points, 8 rebounds, and 2 steals. His help came from Trevelin Queen, who scored 9 of his 11 points in the second half. His team could not find the domination from they’ve had throughout most of The Basketball Tournament.

Archie Goodwin is literally unstoppable right now! He has 17 points with the Elam Ending coming up. 🔥👏

Catch the finish on ESPN2 pic.twitter.com/vImLapLMf5

Elam Ending time, after being down by as many as 15 points, Florida TNT battled back to be down by just four. Eberlein Drive’s 66 points put the final score at 74, with Florida TNT being at 64. Eberlein Drive started with the basketball in the Elam Ending after calling a timeout after crossing half-court with under four minutes left to play. An inbound pass from Marquis Teague to Archie Goodwin led to Goodwin driving the basketball and getting the foul.

He was put at the charity stripe, sinking one free throw. Brandon Robinson got the ball at the top and sank a huge 3-pointer to tie it up at 67. An offensive foul against Nick Mayo gave the ball back to Florida TNT. Kenny Boynton brought the ball up and a quick tap pass from Clayton back to Boynton for an open 3-pointer gave them the lead. A foul on Marcus Lee put Keith Clanton on the free throw for the point and the possession. After a Brandon Robinson foul gave the ball to Eberlein Drive, a steal by Clanton allowed for a step-back 3-pointer by Chris Warren to end the game and advance in The Basketball Tournament.

This year, playing for the last time to a roaring Charles Koch Arena, the home team AfterShocks relished every second. In the second-largest crowd in The Basketball Tournament history, Charles Koch held 6,510. The calling for more crowd noise by players and coaches allowed Charles Koch to come alive. After a year of no basketball for the Wichita fan base, they came hard into the paint to support their team. The AfterShocks got the support on the way to a 69-65 victory over Challenge ALS.

Second-largest crowd at 6,510 in @thetournament history tonight at Koch Arena.

Wichita State fans do it again, as this is only second to the @AfterShocksTBT debut game at Koch Arena in 2019, which saw a record 7,154 fans. pic.twitter.com/GvaklxHRh7

There’s no one on the floor that can guard Marvelle Harris right now! 🗣💯

He has 20 points already for ALS with one min left in Q3 @TMchallengeALS pic.twitter.com/jGUATIed2I

The AfterShocks put on a balanced attack, with the leading scorer being Markis McDuffie with 13 points, 4 rebounds, 2 assists, and 2 steals. David DiLeo came in next with 11 points and 3 rebounds. Tyrus McGee had a 10 point night and Clevin Hannah followed closely with 9. Finally, the hometown hero, Conner Frankamp, finished with 9 points (with the winning 3-pointer), 4 rebounds and 3 assists.

A courtside look at Conner’s game-winner. This dude is COLD BLOODED. 🥶🥶🥶 @CFrankamp_23 pic.twitter.com/6tiTyBQmtB

Challenge ALS called a timeout to activate the Elam Ending with the lead at 60-58. To no one’s surprise, Marvelle Harris was the first to strike, hitting a long 2, making the lead 62-58. Clevin Hannah then drove the ball on the other end for a layup. Hannah followed it up with a big 3-pointer to make the score 63-62. Another not surprising play was the 3-pointer from Justin Dentmon answered by blowback from a Tyrus McGee 3-pointer to make the score 66-65.

As he scored, a Conner Frankamp charge reversed the ending. A couple of missed free throws by Markis McDuffie and a shot violation by Challenge ALS made it a thriller. A traveling call on a Frankamp drive and stumble gave the ball back to Challenge ALS after a near-shot clock violation. The turnover went to Tyrus McGee, who went in with a head of steam to the basket, kicked it to a waiting Frankamp for a wide-open 3-pointer. Frankamp sunk it to win 69-65.