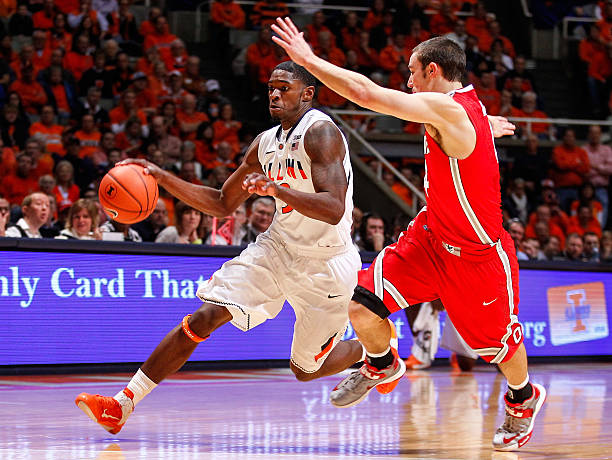 House of Paign, a majority Illinois alumni team, is looking to improve on a deep run last summer in The Basketball Tournament.

A year ago, House of Paign competed in its first The Basketball Tournament and excelled. The Illinois-inspired team made it to the quarterfinals where they lost to Red Scare, a Dayton alumni team.

However, the two wins it took to get there showed that House of Paign wouldn’t back down as a newbie. Now, with that experience under their belt, they’ll look to capitalize and potentially make an even longer run this summer.

This team is filled with extraordinary talent. House of Paign is stacked at guard, with Brandon Paul leading a squad of talented ball handlers which includes Andres Feliz and Rayvonte Rice.

He’ll have help on both wings, as Kipper Nichols and Mike Daum bring in tremendous amounts of scoring. Nichols was a four-year glue guy at Illinois and Daum was one of the few players in college basketball history to reach 3,000 points scored in a career, doing it at South Dakota State.

Down low, House of Paign will have solid options to compete in The Basketball Tournament. Egwu provides a large defensive and rebounding presence and shouldn’t be completely underlooked as a scorer, averaging 5.5 points for his career at Illinois. Loudon Love is fresh out of Wright State, where he averaged nearly 15 points for his career and a double-double of 16.6 points and 10.1 rebounds his senior season.

House of Paign has a lot of balance, which could be scary for other teams in The Basketball Tournament. It’s a guard-driven team with forwards who can score and a nice blend of defensive and offensive bigs.

They earned a 2-seed for a reason and a quarterfinal run or further should be in the books again this time around.