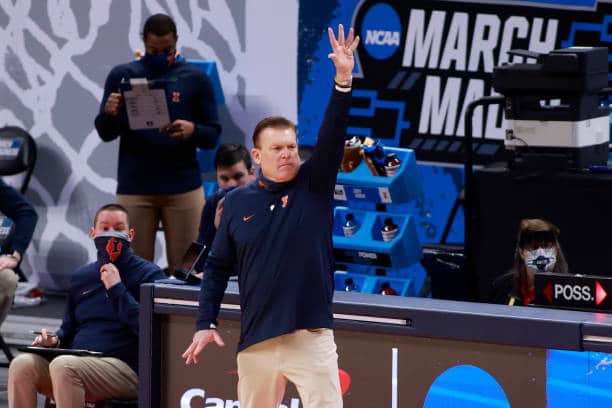 Kofi Cockburn announced earlier in the month he’d be enterring the transfer portal. Illinois basketball now has a top 5 recruiting class in 2022.

4-star rated recruit Jayden Epps announced his intentions to play for Brad Underwood and Illinois basketball. Epps joins 4-star Sencire Harris and 3-star Reggie Bass as the third player to commit to the Fighting Illini for 2022.

All guards, Epps, Harris, and Bass make up what 247sports ranks as the third-best recruiting class for 2022. Epps being the latest commit chose Illinois over a handful of power-six schools including Kansas, North Carolina State, and Uconn.

This insurgence of players signed on to play at Illinois comes at the same time that Illini starting center and potential NBA draftee Kofi Cockburn decided to return to college but enter the transfer portal.

Cockburn is actually set to announce his transfer decision on Friday and isn’t expected to return to Illinois. So for the Illini, the addition of Epps lightens the mood a little bit.

Although all three guards won’t come to Urbana-Champaigne until the year after the upcoming season, the hype is already there for Illini fans. Trent Frazier, Da’Monte Williams, and Alfonso Plummer all enter their senior seasons and Andre Curbelo saw his NBA Draft stock rise last March.

This will allow Illinois basketball to refresh and reload, potentialy moving on from the Kofi Cockburn era and into what looks like the next great group of guards in the Big Ten.