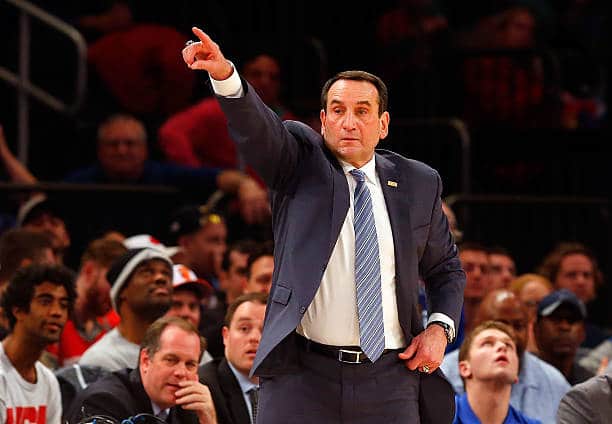 Duke basketball head coach Mike Krzyzewski is arguably the best coach in college basketball and one of the greatest of all time. With 1162 wins and counting, five NCAA championships, and 23 All-Americans, the winningest head coach of all time has a phenomenal resume.

With speculation that Mike Krzyzewski could be calling it a career in the near future, Duke basketball will have to find a successor to live up to the winning reputation and Cameron Crazies. Here are three possible replacements for the legendary Coach K.

Capel was a point guard for the Blue Devils from 1993-97 under Coach K. Soon after his basketball career, he became the head coach for VCU in 2002 before taking over at Oklahoma in 2006. Now the Head Coach at Pittsburgh, Capel earns a warm welcome from the Cameron Crazies whenever he goes to Cameron Indoor. He does have a history coaching for the Blue Devils when he was the Interim Head Coach for one game in 2016 and 2017. Just like Coach K, Capel is a strong recruiter, who would fit perfectly into the Duke program.

Many people know Johnny Dawkins as the coach who almost led UCF to an incredible upset over Zion Williamson and the Blue Devils in the 2019 NCAA Tournament. The former Duke basketball superstar has a prominent coaching career, including eight years with Stanford and currently coaches UCF since his hire in 2016. The one problem that may cause some skepticism is his age. At 57, Duke may want to bring in a younger coach to potentially lead the program for years to come.

Quin Snyder has experience coaching in the NCAA and the NBA, with a solid resume and history with Coach K. Coach Snyder has been the Utah Jazz head coach since 2014, finding success in the pros after his time at Missouri. Quin Snyder was a Blue Devil from 1985-89 leading the squad to multiple Final Four appearances. When he was in charge of the Missouri Tigers, Snyder led the team to four straight NCAA appearances. In the NBA, Snyder has built a winning mentality in Utah and has been a playoff contender for the past few years.

Regardless of how much longer Coach K wants to coach, the Blue Devils will have a big hole to fill in their program.