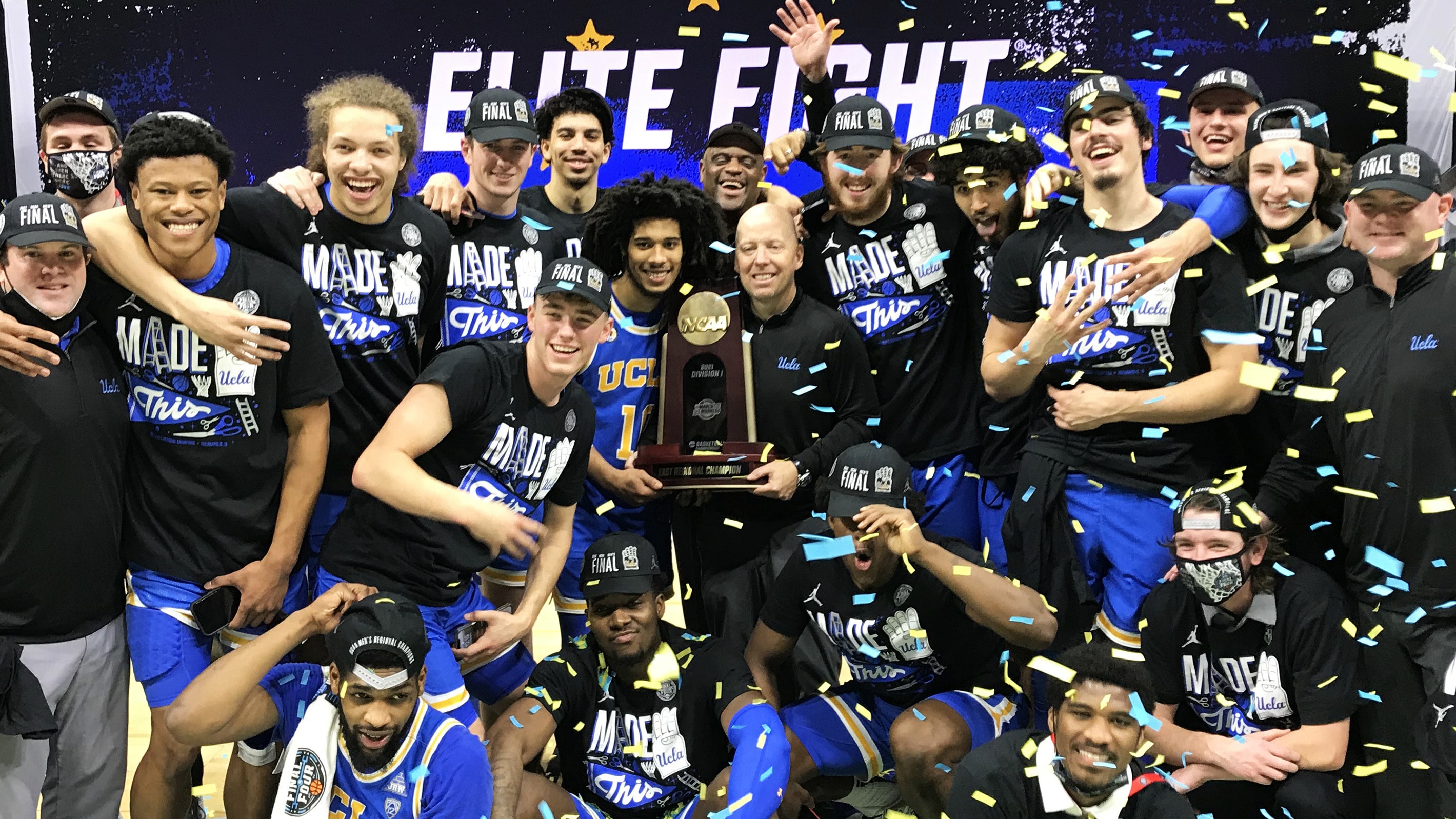 Who Sits Atop The CBB Review’s Way Too Early Top 10 for Next Year?

The college basketball world generally takes a break once One Shining Moment is played until the recruiting scene heats up with the summer AAU circuit.

Not this year. The new NCAA rules granting an extra year of eligibility due to the just-finished Covid-19 season and the adoption of the one-time transfer rule has resulted in over 1,300 student-athletes entering the transfer portal.

The NCAA approves the one-time transfer rule, which will allow undergraduate athletes in all sports to move freely one time without having to sit out.https://t.co/bQGfdMUjAj

While rosters for most colleges are not even close to being finalized, let’s take a look at a “Way Too Early Top 10” for the 2021-2022 season.

The key being way too early since several players may decide to enter or stay in the draft – Jalen Suggs, Scottie Barnes, Johnny Juzang, Isaiah Jackson are just a few who have declared but not hired agents or haven’t even declared yet as in Suggs and Juzang but are expected to.

We know that Cade Cunningham, Evan Mobley, Davion Mitchell, and Moses Moody are moving on to the NBA, along with a plethora of others who will finalize decisions soon. That includes that quarter listed above.

We know that Villanova will return a pair of super seniors in Collin Gillespie and Jermaine Samuels. Ohio State just learned that Kyle Young will also return. Michigan got Eli Brooks to play another season.

With the landscape uncertain, this list will likely look a lot different once rosters are finalized and coaches know who will be suiting up for them come summertime. Players who have declared for the draft have until June 19 to remove their name to retain eligibility.

Is Baylor in Our Way Too Early Top 10 Ranking?

Mark Turgeon might return all his most valuable pieces and has added URI transfer Fatts Russell and Quadas Wahab from Georgetown.

The biggest news since the season ended for Kansas was either Bill Self’s lifetime contract even in the wake of an NCAA investigation, but also the probable loss of Bryce Thompson. However, four starters return, including a talented frontcourt in David McCormack and Jalen Wilson and he added a valuable pickup in Drake’s Joseph Yesufu, who Self hopes will play lead guard.

You know there’s talent-galore on Nate Oats roster when you can lose the likes of John Petty, Herbert Jones, Jordan Bruner, and Alex Reese and still make this list. Returnees such as Jaden Shackelford, Jahvon Quinerly, and Josh Primo will be joined by transfers Nimari Burnett from Texas Tech and Furman’s Noah Gurley. This roster will be bolstered by a talented recruiting class as the Nate Oats trail will keep rolling in Tuscaloosa.

Simply put …
A CAPTAIN IS BACK!

The Wolverines were in the discussion as the nation’s top team last year but a long Covid-pause and untimely injury to Isaiah Livers derailed any national title hopes. Tons of talent return (for now) in Hunter Dickinson and Eli Brooks. An uber-talented incoming freshman class led by Caleb Houstan and Moussa Diabate will keep Michigan in the mix in 2021-2022.

Get on the Muss Bus! It’s rolling like a boulder down a mountain that can’t be stopped. Sure, Moses Moody is gone for the NBA but there’s no dearth of talent in Fayetteville returning and he has added transfers in Chris Lykes (from Miami) and South Dakota guard Stanley Umide who dropped over 26 a game last year.

Starters Jalen Suggs, Korey Kispert, and Joel Ayayi are assuredly all gone. Drew Timme is likely to return but not a guarantee. Talented freshman Hunter Salis will replace Suggs. Most pundits predict that the nation’s top recruit Chet Holmgren will be playing in Spokane next season. If that doesn’t happen and/or Timme departs then this rating will be way too high.

The Wildcats jumped back onto this list when Collin Gillespie and Jermaine Samuels decided for another year on the Main Line playing for Jay Wright. Jeremiah Robinson-Earle will be playing for money next year and that’s a big departure. But in Jay Wright, I trust to figure out how to replace his production. Plus, you can’t beat experience and Villanova will have plenty of that with Gillespie and Samuels returning.

Matt Painter’s team returns everyone of importance. That’s the good news. The bad news, they were upset by North Texas in the opening round of the NCAA Tournament. That will provide the Boilermakers all the motivation they will need this offseason. Trevion Williams and Zach Edey have the makings of the nation’s best frontcourt. Jaden Ivey can be special and Painter has some shooters not to mention a year of experience playing together and a brutal loss to their season that they won’t want to repeat.

So we went back to the well with another team who didn’t advance past the first round of the NCAA Tournament. The Buckeyes fell victim to Oral Roberts’ magical run to the Sweet 16. Duane Washington and EJ Ledell can be as talented a duo in the nation provided they return. Nick Young just announced he will return for a fifth year. He is a perfect glue guy in Chris Holtman’s lineup.

It’s not often a team makes it from the First Four to the #FinalFour @UCLAMBB had an incredible run during this year’s #MarchMadness tournament, earning them a spot in our favorite moments! pic.twitter.com/OFsbMbMUJL

In full disclosure, the Bruins were a few possessions from not advancing past Michigan State in their first four contest. But, then everything clicked for Mick Cronin’s squad and they were a Jalen Suggs half-court heave from playing Gonzaga for five more minutes with a berth in the title game on the line. It will be interesting to see if Johnny Juzuang returns. If he doesn’t, the Bruins will fall from this lofty perch, but if he does then all five starters return with nothing but great memories of their time in Indianapolis to fuel them in the off-season to get back to another Final Four.