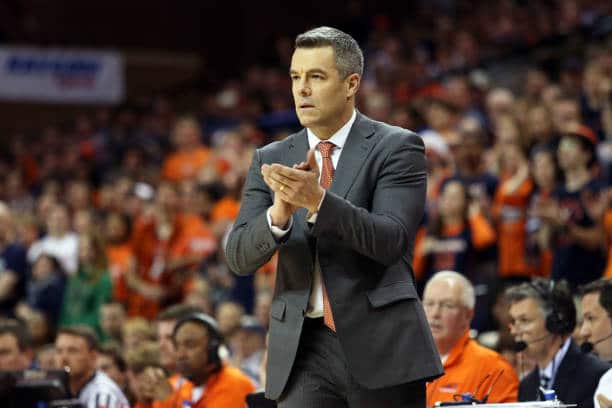 College basketball coaching hires are often overshadowed in the offseason. These guys made all the difference.

These guys came close and have certainly made an impact in college basketball, but either didn’t have a long enough sample size or haven’t had enough tournament success.

The Top 50 Coaching Hires (According to Mat Mlodzinski)

Middle Tennessee went 5-22 two years prior to his hiring. It took a while, but from 2012 to 2018 he led them to five 24-win seasons and three NCAA Tournament appearances, including one of the top upsets in college basketball history.

Drake had seven losing seasons in ten years. Since DeVries came to town, the Bulldogs have had three straight 20-win seasons and a 2021 NCAA Tournament berth.

FGCU was a relatively new basketball program when Enfield took it over. He took them to their first Sweet 16 in program history as a 15-seed, before landing the USC job.

Hired after two subpar seasons and took Lobos to three NCAA Tournaments in six seasons. New Mexico never had less than 22 wins in a season under Alford.

Talk about that for a hire! In five seasons, he led the Saints to four 20-win seasons and three NCAA Tournaments. Of course, this helped him land the Iowa job.

Odom was hired after seven straight seasons of less than 10 wins. Then he got UMBC to the NCAA Tournament and made history.

McKay took an 8-24 Flames team and has flipped them into a top mid-major in college basketball with three straight seasons of 23 wins or more.

Miller got the job after UNC Greensboro had three straight seasons of 10 wins or less. He recently guided Spartans to five straight 20-win seasons and two NCAA Tournaments.

Hoiberg came to the Cyclones after four straight losing seasons and proceeded to lead them to four NCAA Tournaments and a Sweet 16.

Dutcher has put SDSU back on a national level, going 30-2 in 2020 and getting a 6-seed in this year’s tournament.

Bobby Hurley bounced after just two years and what did Oats do? Just three NCAA Tournaments in four years and a 32-4 season.

Williams was hired after Tom Crean, who already had the Golden Eagles on the national stage. But he didn’t back down, leading them to three Sweet 16 appearances in six seasons as coach.

Kruger inherited a decent Sooners program but did have two losing seasons beforehand. Before retiring after this year, he made all but two NCAA Tournaments in his tenure and reached a Final Four.

Say what you want about his firing, but going 6-for-6 in NCAA Tourney appearances and three Sweet 16s is pretty darn good.

One of the shortest stints on here, Howard already has an Elite 8 and a one-seed with his alma mater.

Hired after 11 seasons without a tournament appearance and took the Wildcats to four in five years including an Elite 8.

Knight got the job after Texas Tech had four straight losing seasons and he led the Red Raiders to four NCAA Tournaments in six and a half seasons. Absolute legend.

26-7 and a Sweet 16 in his second season with the Crimson Tide. Nate Oats gets it done wherever he goes.

Cooley has taken a struggling Friars team to five NCAA Tournaments. He’s also one of the best personalities in college hoops.

Musselman has spent just two years with the Razorbacks but both have been 20-win seasons. Musselman just took Arkansas to the Elite 8 in year two and is proving to be one of the top coaches in college basketball over the last five to ten seasons.

Musselman took over after going 9-22 in a third straight losing season and coached the Wolfpack to four straight seasons of 24+ wins. Three of those resulted in NCAA Tournaments, going as far as the Sweet 16. You can’t knock his fire either.

Willard has taken a Big East bottom-feeder to four NCAA Tournaments and a perennial contender in the conference.

After on an off losing seasons, Brey has taken the Irish to 12 NCAA Tournaments since he was hired in 2000. He’s one of the most underrated coaches in college basketball.

Moser came to Loyola Chicago after they had three losing seasons in four years. It took him a bit, but he led the  Ramblers to the 2018 Final Four and the Sweet 16 this past season.

After Thad Matta and Sean Miller bolted after quick stays at X, Mack coached there for nine years and led Xavier to eight NCAA Tournaments and four Sweet 16s.

If anyone deserves to be graded off of one NCAA Tournament run, it’s Smart, who guided VCU to the Final Four in just his third season as coach.

Sampson has given Houston a resurgence, putting the Cougars’ name in college basketball prominence. Hired after just one NCAA Tournament appearance in 22 years, they’ve now reached in three of the last four years, and went on a Final Four run this season.

Dixon picked up from Ben Howland and made it even better. He led the Panthers to 11 NCAA Tournaments in 13 years, mostly in the tough Big East.

Huggy Bear took over from John Beilein who had already made two Elite Eights in his final three seasons. Huggins has since taken West Virginia to five Sweet 16s.

After a 7-21 season, Painter came in and has just missed three NCAA Tournaments since, reaching five Sweet 16s with the Boilermakers.

Lon Kruger and Bill Self had short stays with the Illini, but Weber coached Illinois for nine years, reaching the 2005 championship game against North Carolina.

Beard only coached at Tech for five years, taking the Texas job this offseason. But after six losing seasons in eight years, Beard took Texas Tech to an Elite 8 and a National Championship appearance, as well as national relevance to the program.

Hamilton came to FSU after four straight losing seasons and has brought the Noles to four Sweet 16s. More importantly, he’s the greatest coach in FSU history, so his impact travels further than wins and losses.

The Gaels weren’t much of a program when he was hired, but he’s guided them to seven NCAA Tournaments, a Sweet 16, and the main competitor to Gonzaga.

Howland had his ups and downs but took UCLA to its first Final Four in 11 seasons and to three Final Fours total.

Took over at Ohio State after a few bad seasons and took the Buckeyes to a National Final and another Final Four.

Tommy Amaker didn’t fare well and in stepped Beilein, who brought the Wolverines to two Final Fours during his tenure. His move to the NBA didn’t fare well, but as a college basketball hire, this was top-notch.

Replacing Denny Crum is a tall task, but Pitino led them to one National Championship and three Final Fours. Now he’s trying to turn Iona into a mid-major powerhouse.

The Badgers were already a really good team, but Ryan took them to an even higher level, going to seven Sweet 16s and two Final Fours.

Self took Roy Williams’ job and hasn’t missed an NCAA Tournament since, winning one National Championship in the process.

It isn’t hard for UK to find big names to coach, but Calipari did take over from a short stretch of bad basketball. In 12 years he’s won a National Championship and made the Final Four four times.

Hired after going 24-39 in a two-year stretch, Altman has since made seven NCAA Tournaments, five Sweet 16s, and a Final Four. He’s perhaps THE most underrated coach in college basketball with a Hall of Fame resume.

Calipari started out as the third coach in three years at Memphis. But after two straight losing seasons, he coached the Tigers to three Elite Eights and a National Championship appearance.

After a few questionable seasons from Matt Doherty, the Tar Heels decided to go in the direction of Roy Williams. He just led UNC to three National Championships and five Final Fours before his retirement from college basketball coaching this offseason.

Where did they find this guy from? Stevens elevated Butler and then some, reaching two straight National Championships as a mid-major team. All of this helped to propel them to a Power-Six conference, something not a lot of coaches all-time can say.

Call it recency bias, but drew really deserves this ranking. He came to town after the Bears hadn’t made the Big Dance since 1988 and has now made six of the last seven tournaments, of course winning this year’s NCAA Championship.

Wright took a good Nova team to ‘Blue Blood’ level. Two National Championships and three Final Fours during his time in Philly, and most have been in the later years, which makes it even more remarkable.

What Bennett did at Virginia can’t be overstated. He came to Charlottesville after a 10-18 season and no NCAA Tournament appearances in three years. Bennett has since led the Cavaliers to seven straight NCAA Tournaments and a National Championship in 2019.

One thought on “Top 50 College Basketball Coaching Hires Since 2000”